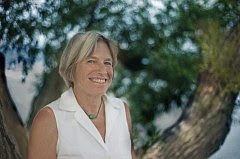 Kate joined Waterkeeper Alliance in January of 2017 as our Advocacy Coordinator for the Western United States. Kate supports advocacy teams with all domestic western campaign activities including policy, legislative, communications, investigations, fundraising and legal work. She develops and coordinates partnerships with local, state and national organizations working on water-related issues and coordinates with Waterkeeper Organizations, Affiliates and partners on our campaign efforts in the Western U.S.

Kate began her environmental career in 1985 as a Regional Attorney for the NYS Department of Environmental Conservation handling enforcement and permitting matters in all program areas, including water quality, air quality, solid and hazardous waste and mining. In 1999, Kate joined the NY Attorney General’s Office Environmental Protection Bureau as a member of its Hudson River Team, responsible for preparing the State and Federal Trustees natural resource damage claim against GE for its PCB contamination of the Hudson River. Kate rejoined NYS DEC in 2007 to lead the creation of a ten person unit dedicated to pursuing NY State natural resource damage claims. As Director, she represented DEC in developing claims, coordinating assessment and litigation activities with Federal Trustee agencies and Native American Tribes, and negotiating settlements with responsible parties.

Kate joined Riverkeeper in February 2011 as its NYC Watershed Program Director and then Director of Cross-Watershed Initiatives until November 2016. Kate headed Riverkeeper’s efforts to build a powerful partnership and advocacy campaign with anti-fracking groups across New York State, resulting in the state’s December 17, 2014 decision to prohibit high-volume hydraulic fracturing in New York. Kate and the Watershed Team also fought NYC’s releases of muddy water from its Ashokan Reservoir to the Lower Esopus Creek to control turbidity in the NYC water supply. Finally, Kate initiated and helped lead Riverkeeper’s campaign against the exponential increase in crude oil transport down the Hudson River Valley and the formation of a broad coalition of environmental organizations to oppose that expansion. 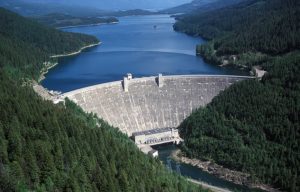 
There is a new significant threat to our free flowing rivers and our climate: the promotion of hydropower under the guise that it is clean, renewable energy... 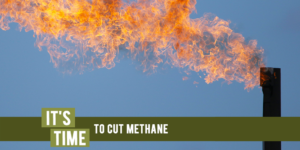 Stop EPA’s Latest Assault on Our Health and Our Planet: Oppose Weakening of EPA’s Methane Rule


Responding to pressure from the White House and the fossil fuel industry, EPA is putting protection of our health and our planet on the chopping block... 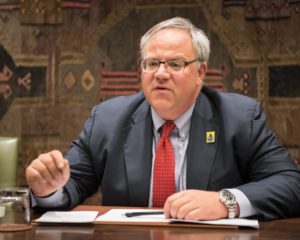 
UPDATE: A Senate vote to confirm David Bernhardt for Secretary of Interior could happen as soon as Wednesday, April 10 or Thursday, April 11. ACT NOW and...