Stop EPA’s Latest Assault on Our Health and Our Planet: Oppose Weakening of EPA’s Methane Rule 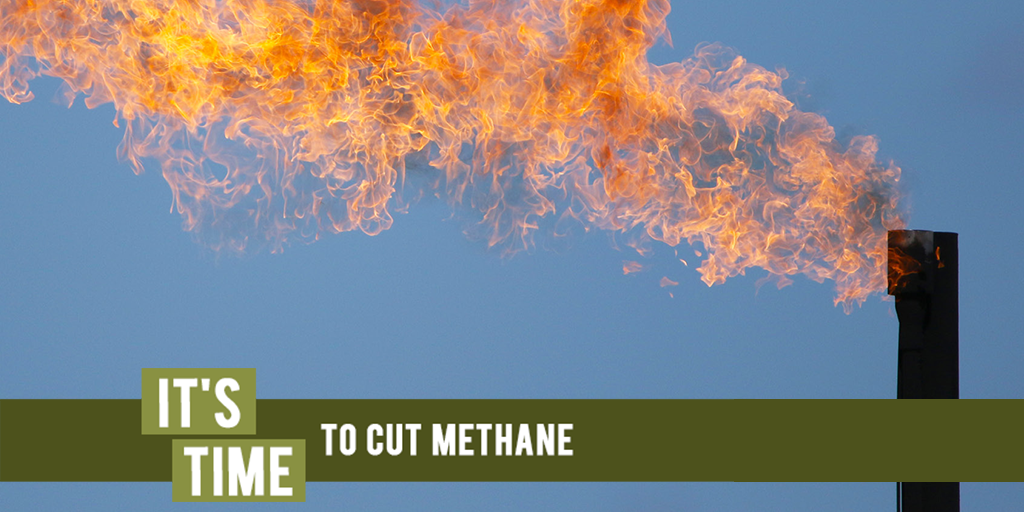 Responding to pressure from the White House and the fossil fuel industry, EPA is putting protection of our health and our planet on the chopping block once again. EPA’s latest regulatory rollback proposal would eliminate current Clean Air Act requirements to control methane emissions from new wells, pipelines, and other infrastructure. It also challenges federal authority to regulate methane as a pollutant under the Clean Air Act. The result: climate pollution from the vast majority of the nation’s hundreds of thousands of oil and gas facilities will avoid critical federal oversight for years to come.

We need your voice! Tell EPA to keep methane pollution safeguards strong to protect our communities, instead of selling our children and families out to the worst actors in the oil and gas industry. Submit your comment here.

There is no question that methane is a super pollutant, a powerful greenhouse gas that is 84 times as potent as carbon dioxide in driving climate change over the short term, and responsible for up to a quarter of the planet’s warming. The oil and gas industry is the largest emitter of methane in the US, responsible for nearly a third of all U.S. methane emissions. Moreover, recently published research has found that methane emissions from the oil and gas industry are about 60% higher than EPA has previously estimated. Right now oil and gas industrial facilities emit at least 8.1 million metric tons of methane pollution a year, with the same climate impacts as 150 coal-fired power plants operating for a year.

Curbing the industry’s rogue releases of methane, such as flaring and venting natural gas from oil wells, would be an exceptionally cost-effective way to slow climate change. The Clean Air Task Force estimates that current EPA new source standards, if left in place, would prevent 1.5 million tons of methane pollution in 2025 alone. If the Trump administration is successful in slashing large portions of the rule, unnecessary methane pollution will warm the planet at a significantly faster rate, undercutting, if not eliminating, any potential climate benefits of burning natural gas instead of coal.

EPA itself has acknowledged that its rulemaking would increase greenhouse gas emissions and would likely degrade air quality and harm public health. In spite of this, President Trump and EPA Administrator Wheeler want to give their friends in the oil and gas industry a free pass to put our health and planet in danger by recklessly rolling back these protections. This newly proposed rollback marks yet another effort by Wheeler and Trump to dramatically reduce federal regulation of greenhouse gases, including the administration’s moves to weaken the Clean Power Plan and vehicle emissions standards, ignoring EPA’s core mission to protect our health and environment. The proposed gutting of EPA’s commonsense methane pollution standards is an attack on our environment which even key players in the oil, gas and energy industries—including Shell, BP, and Exxon Mobil—have questioned.

Make no mistake: if EPA is allowed to gut these critical methane pollution standards, our communities will pay the price. The reckless rollback of these critical protections will put our health and environment at risk. And if we’re serious about addressing climate change, we need to significantly cut methane emissions from the oil and gas industry, one of the leading drivers of climate change.

ACT NOW: Tell EPA that we refuse to go backward. Together, we can stop the administration from putting the interests of the oil and gas industry over the needs of our communities. Our health and the future of our planet are on the line.