Join Waterkeeper Alliance in celebrating 50 years of the Clean Water Act and help us combat emerging threats to the health of our waterways!

Organized by Waterkeeper Alliance, the ACT50 initiative celebrates this monumental legislation by looking back at our successes and strengthening the Act for the next 50 years of clean water.

Let’s dive in! Scroll down to learn and engage.

Waterways in the United States have come a long way 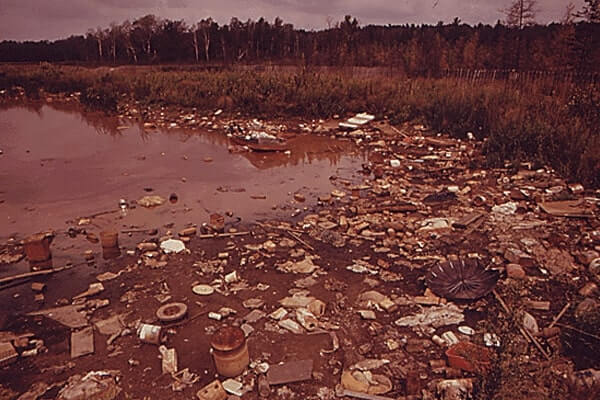 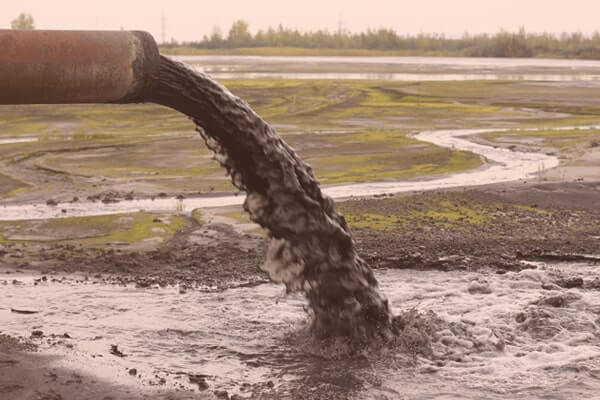 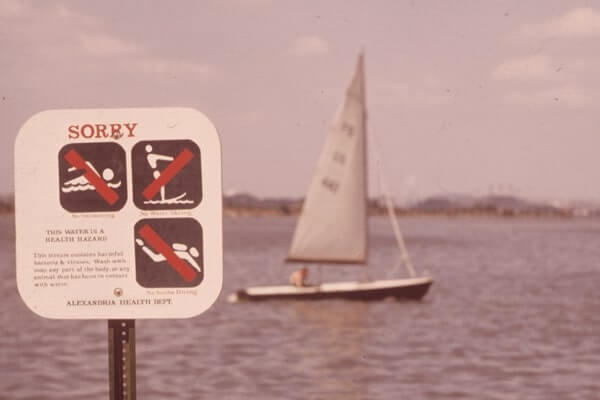 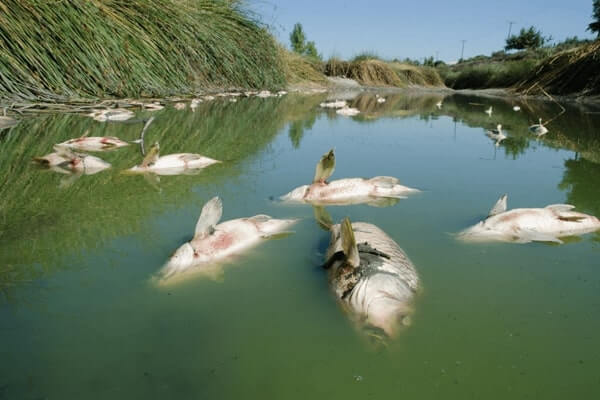 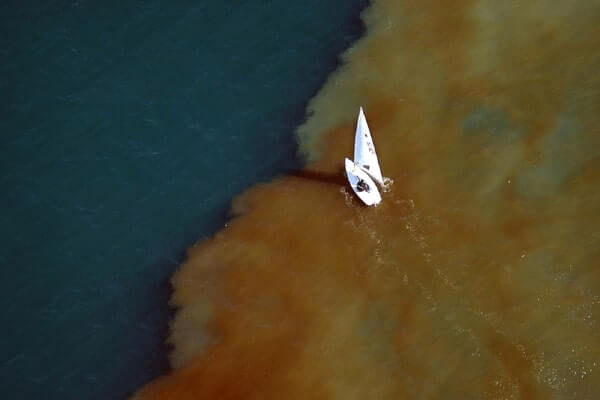 Before the Clean Water Act was passed in 1972, U.S. waters were severely contaminated by sewage, trash, oil, and toxic industrial pollution.

Large and small waters across the country were unsafe for human contact, water supplies, or fish consumption.

Only 85 million Americans were served by sewage treatment plants — that’s 40 percent. Untreated sewage was dumped directly into rivers and lakes.

An estimated two-thirds of all lakes, rivers, and coastal waters were unsafe for fishing and swimming.

The Potomac River was so polluted that Arlington, Virginia residents were advised to seek immediate medical attention if they had prolonged exposure to the water.

Today, the Act has dramatically reduced pollution and improved water quality across the country, but progress is threatened by deregulation, lack of enforcement, and other serious problems.

Many waters across the country remain polluted due to governmental failures to implement and enforce the Act. That's where Waterkeepers come in—despite these failures at the federal level, Waterkeeper groups take advantage of the Act to force change and protect their watersheds and communities. 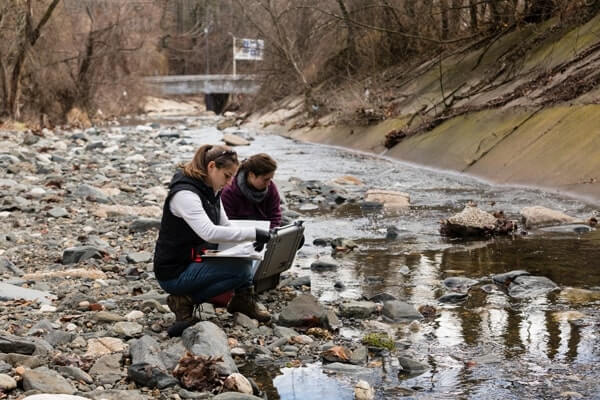 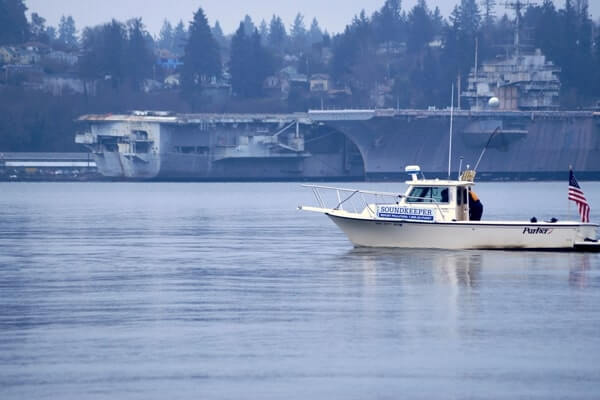 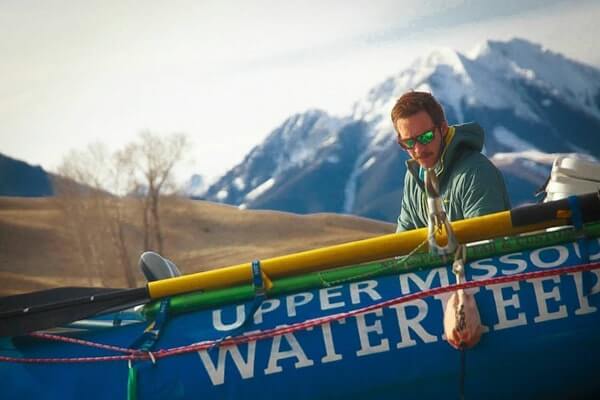 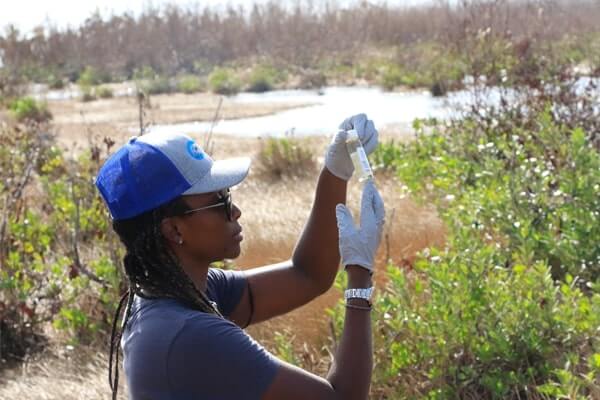 Congress directs the Army Corps of Engineers to prevent dumping and filling in U.S. harbors. (source; 88)

Public outcry over industrial pollution of New York Harbor during the Statue of Liberty dedication prompts passage of the Federal Rivers and Harbor Act of 1886.

The Rivers and Harbors Appropriation Act of 1899 becomes the first U.S. environmental law, making it a misdemeanor to discharge refuse matter of any kind into the navigable waters, or tributaries thereof, of the U.S. without a permit.

The Water Quality Act of 1965 is passed, requiring states to issue water quality standards for interstate waters, and authorizes the newly created Federal Water Pollution Control Administration to set standards where states failed to do so.

EPA is officially founded on December 2 by President Richard Nixon with only weak, general authority.

The Oil Pollution Prevention regulations are published under the authority of Section 311 of the Clean Water Act, intended to establish prevention and response standards for oil spills. (source)

The Clean Water Act inspires the creation and passage of the Safe Drinking Water Act, authorizing EPA to protect public health as it relates to groundwater, largely excluded from the Clean Water Act. (source)

Amendments to the original act—known as the Clean Water Act of 1977—strengthens EPA, giving authority to protect wetlands as well as clean up oil and hazardous substance pollution.

Puget Soundkeeper settles a Clean Water Act case with the city of Bremerton, WA, requiring the implementation of upgrades to the city’s sewage system and combined-sewer overflow control system. In accordance with the Consent Decree, the upgrades are completed in 2011 at a cost of $50 million.

Long Island Soundkeeper case establishes legal precedent that trap- and skeet-shooting ranges are pollution “point sources” and that spent shot and targets are “pollutants” within the jurisdiction of the Clean Water Act.

Hudson Riverkeeper provides FBI and EPA criminal investigations with information about New York City’s mishandling of mercury in the water supply system. The information leads to guilty pleas for felony violation of the Clean Water Act and misdemeanor violation of the Toxic Substances Control Act. The city is fined and given seven years probation.

Hudson Riverkeeper wins a $5.7 million penalty against the City of New York for discharging highly turbid water from the Shandaken Tunnel into the Catskills’ Esopus Creek without a required permit, the largest penalty against a municipality for violating the Clean Water Act.

In Rapanos v. United States, the Supreme Court concludes “waters of the United States” (WOTUS) does not include wetlands without hydrological or ecological connection to navigable waterways, excluding them from Clean Water Act protection. (source)

EPA and the Army Corps of Engineers publish the Clean Water Rule, clarifying “waters of the United States” (WOTUS) to include more streams and wetlands than previous definitions.

The Trump administration suspends and repeals the 2015 Clean Water Rule, rolling back protections for millions of acres of wetlands, vernal pools, and other waterways.

Waterkeeper Alliance and partners take legal action against toxic water pollution rollbacks and a new definition of “waters of the United States” that would strip protections from approximately half of the nation’s wetlands and potentially millions of miles of streams.

Waterkeeper Alliance and partners file a lawsuit against the U.S. Army Corps of Engineers over a nationwide permit that allows streamlined development of oil and gas pipelines through wetlands, streams, and rivers.

WHY THE ACT IS VITAL

Now that you know the basics, let’s dive a little deeper

The Clean Water Act provides the public with strategies, resources, and tools to ensure our waterways are protected. These are a few of our favorites here at Waterkeeper Alliance:

The law provides citizens with robust rights to information and participation in water quality decision-making and permitting, including the right to enforce the Act in federal court when governments or polluters violate the law.

The law includes many programs to protect and restore watersheds through public-private partnerships, infrastructure supports, grant programs, and scientific, technical, and educational resources.

Let’s get technical! These are the four key provisions we make use of.

A provision is a statement in law that says what must be done.

Prohibit corporations, sewer plants, and others from using pipes, ditches, and similar conveyances to dump dangerous wastes, chemicals, and other pollution into water without a permit (Section 402 Permits – led primarily by states and tribes).

Prohibit dredging and filling of waters for mining, pipelines, and other development without a permit (Section 404 Permits – led primarily by the Corps).

Clean Water protections have lead to real progress for watersheds across the United States.

You can explore the power and promise of the Act through our interactive map that highlights 50 key victories won by our movement.

How you can help

We've got a plan

ACT50 is a collective call for governments, Waterkeepers, and people like you to unite in the fight for clean water. Working together, we can ensure that water is drinkable, fishable, and swimmable by enforcing laws, holding polluters accountable, and empowering citizens. We’re prioritizing four key aspects of the Act where we can make real improvements. Take action with us today!

Waters of the United States

Waters of the United States - Starting in 2015, the U.S. EPA began redefining which waters can be protected from pollution and destruction under the Act. These unprecedented changes dramatically eliminated federal Clean Water Act protections for rivers, streams, lakes, wetlands, and other waters across the country. We’re advocating for full restoration of clean water protections for U.S. waters; this includes asking EPA to restore the broad regulatory definition of “waters of the United States.”

Currently, the multinational corporate animal agriculture industry enjoys a free pass to pollute U.S. air, land, and water, which harms farmers, communities, and people’s health. We must stop these practices and clean up pollution from confined animal feeding operations (CAFOs) through legislation, like the Farm System Reform Act, strengthening and enforcing regulations and permits, and ensuring transparency and opportunities for public participation in permitting decisions that dramatically impact their health and welfare.

Nonpoint source pollution comes from multiple sources—such as agricultural, urban, and industrial runoff—and is the largest unaddressed source of water pollution in the country. This problem is made worse by the government’s failure to fully enforce Clean Water Act requirements for stormwater permits and combined sewer overflows—e.g., untreated discharges from sewer pipes that collect stormwater, raw sewage, and industrial waste. We’re advocating for the government to prioritize using newly available infrastructure funding to assist communities to clean up the pollution and regulatory authority to protect U.S. waters under the Clean Water Act.

These largely unregulated pollutants are contaminating waters throughout the country and present new challenges that must be addressed urgently and systematically by the U.S. EPA under the Clean Water Act. While we are starting to make some progress on controlling PFAS, or per- and polyfluoroalkyl substances (aka “forever chemicals”), we need EPA to prioritize using their existing authority and new infrastructure funding to work with other federal agencies and state and tribal governments to monitor, clean up, and place limits on the discharge of PFAS, emerging contaminants, and plastics, including on the industrial sources that produce them. We’re asking EPA to urgently prioritize these actions and are supporting the Clean Water Standards for PFAS Act and the Break Free from Plastic Pollution Act to further control this pollution.