Earth Day: Our Growing Water Crisis and the Water Warriors Fighting it - Waterkeeper

Earth Day: Our Growing Water Crisis and the Water Warriors Fighting it 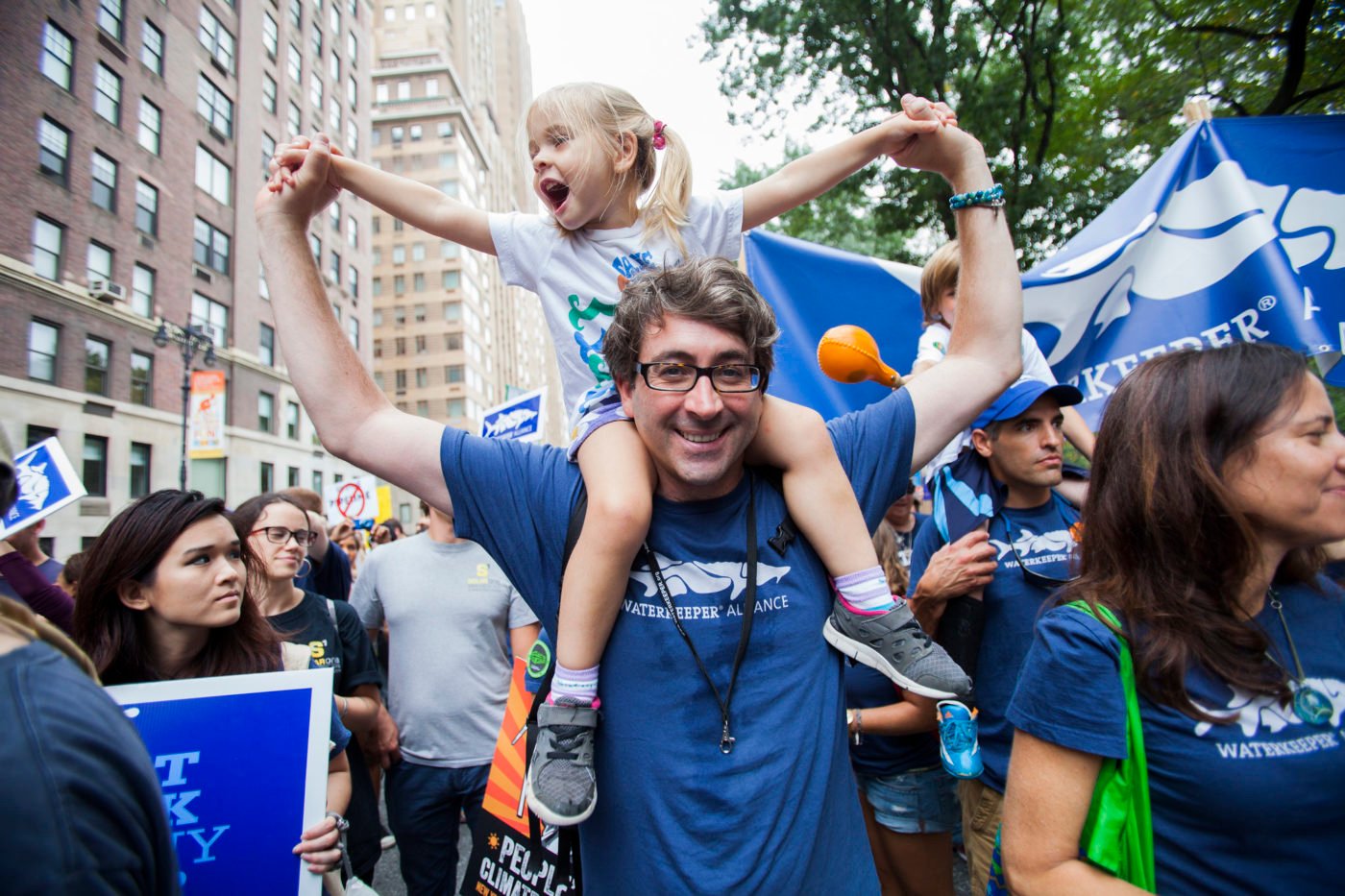 When millions of people flooded the streets 49 years ago for the first Earth Day, they were making a path, a path that thousands of local activists have walked in the subsequent decades. I’m proud to be part of helping strengthen and grow some of the bravest and most dedicated of those activists: Water warriors who are defending some of the earth’s most precious and imperiled waterways.

The need is great.

Currently, 2.1 billion people live without safe drinking water at home, according to the U.N. Around 4 billion people — nearly one-half of the world’s population — experience severe water scarcity at least one month a year.  At the same time, we are poisoning what available water resources we have, dumping roughly two million tons a day of sewage, industrial, and agricultural waste into the world’s waters.

Solving this global problem will require both ingenuity and hard, coordinated work. On this Earth Day, it’s important to consider that while some of that work can and should be done by governments, much will depend on local activists.

Grassroots solutions are often complex, requiring a great deal of coordination, but they also have a significant benefit. After all, building local teams primed to take collective action is a powerful antidote to the conflict that usually accompanies scarcity.

And, the fact is, drinking water scarcity is increasing at an alarming rate.

The U.N. predicts that cataclysmic climate change, and the extreme temperature swings, precipitation changes, and increased storms and drought that come with it,  will almost certainly intensify the water crisis we are facing.

We already are seeing it. In the past 20 years, for instance, northern Israel, Jordan, and southern Syria have suffered 15 years of record-breaking drought. This is the longest, deepest drought on records going back to the start of the British occupation.

Thankfully, groups around the world that are part of Waterkeeper Alliance are providing daily examples of what grassroots solutions to the global water quality and quantity crisis will look like. Just a few:

Grassroots solutions like these are scalable and are our best hope to solve this crisis.

As Executive Director of Waterkeeper Alliance, I’ve seen our network grow over 20 years from 35 groups in the U.S. and Canada to more than 340 groups with 1,200 employees in 44 countries on six continents, collectively working to safeguard clean drinking water for nearly one billion people.

What’s most encouraging about their work is that it starts with local leaders reaching out to local communities, developing solutions together. Whether it’s a Waterkeeper in Bangladesh building a coalition of fishermen to work against mangrove destruction or a Waterkeeper in Chile mobilizing surfers to fight a coal-fired power plant, the essence of what we do is build networks of people who are prepared to work in concert to protect the waters they share.

Make no mistake: When it comes to drinking water, we are already in a crisis, a crisis that will only get worse. The way out of this crisis will require us to not just build solutions, but build teams of people ready to work together on those solutions. The model for this exists. Now it’s up to us to nurture it in watersheds around the world.