Waterkeepers across Michigan fight to keep their waters pristine - Waterkeeper

Waterkeepers across Michigan fight to keep their waters pristine

The state of Michigan is primarily divided into two landmasses: the Lower and Upper Peninsulas. Michigan borders four of the five Great Lakes, and, not surprisingly, the fight for clean water extends throughout the different areas of the state.

At Grand Traverse Bay, a unique embayment of Lake Michigan up towards the northern end of the Lower Peninsula, the waters appear pristine. Heather Smith, Grand Traverse Baykeeper, describes the water as “almost turquoise.” Smith wears a lot of different hats in her role, which includes policy and advocacy work, outreach, and volunteer coordination, but also plenty of time spent out in the field monitoring water quality. 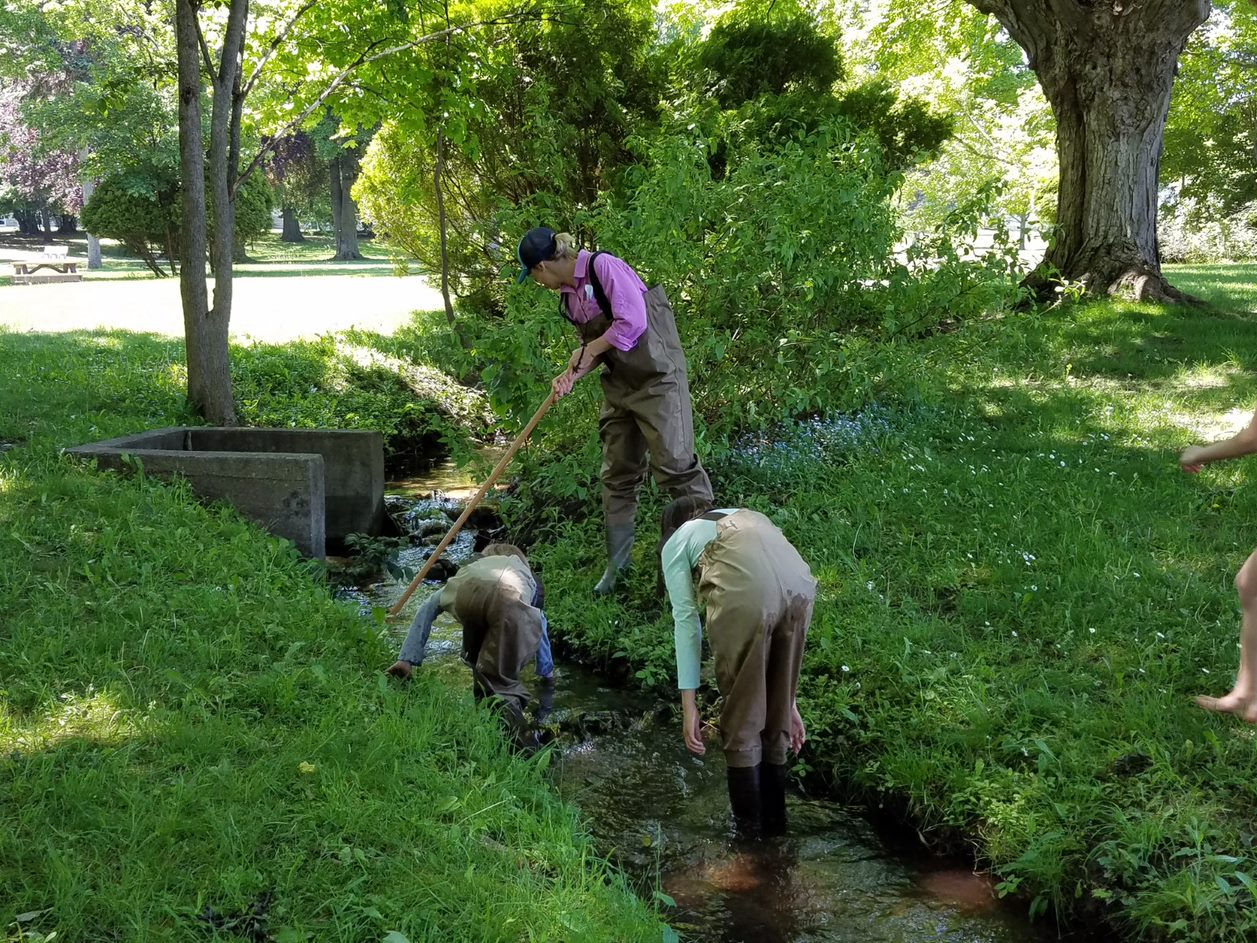 The Grand Traverse Bay watershed is mostly rural with small urban centers; only about 100,000 people live within the nearly one thousand square mile watershed. The problems facing Smith here are not the same as those dealt with by Great Lakes Waterkeepers in larger urban areas. As an example, Grand Traverse Bay has not experienced toxic algal blooms nor are there any combined sewer systems within the watershed. There are also no concentrated animal feeding operations (CAFOs) or designated Areas of Concern, a federal designation signaling severe environmental degradation.

Still there are plenty of obstacles. The Grand Traverse region is a premier tourism and retirement destination where increased growth and development, especially on and near the water, are the largest threats to the health of the watershed. Increased development pressure has resulted in the loss of natural shorelines, riparian vegetation, tree canopy, and wetlands. Water quality in the watershed is also negatively impacted by stormwater runoff, dams, invasive species, degraded road-stream crossings, and emerging contaminants such as microplastics and PFAS. Even with all these threats, it can still be difficult for residents and tourists to understand the importance of taking steps to protect clean water.

“One of the things we struggle with is how to get people to pay attention to issues when they can’t see it,” says Smith. “Because our waters are fairly pristine, it can be difficult to convince the public that we have water quality issues that we need to address now. Take wetland loss, for example. We are facing 50 percent wetland loss compared to pre-development times with the majority of the wetland loss happening in the last several decades. However, it may take years for wetland loss to lead to a cascading water quality problem.”

While the majority of the  Grand Traverse Bay watershed is fairly healthy, two of its waterways, Mitchell Creek and Kids Creek, are designated as Impaired Water by the State of Michigan. This designation helps prioritize these waterways for state and federal funding, hopefully improving the creek’s enough to remove them from the Impaired Water’s List.

It’s enough to keep Smith quite busy. Whether she’s attending community meetings to watch for new developments or monitoring the water aboard the Bay Monitor Tugboat, Smith is constantly advocating for the Bay. It’s what she calls the “true Waterkeeper spirit.”

Meanwhile, on Michigan’s Upper Peninsula, Chauncey Moran acts as Yellow Dog Riverkeeper. This watershed is even more rural than the Grand Traverse Bay. In fact, it’s one of the most unspoiled areas of wilderness east of the Mississippi River. And as Moran likes to say, “We intend to keep it that way.”

“We are in the largest freshwater body in the world. We take all that very seriously,” says Moran, who recommends getting up close and personal with one’s watershed in order to better understand it. “Get some boots on and go walking in the water.”

Though these reactive measures were successful, the group began to act proactively to protect the area by way of a real estate opportunity. The first purchase was in the late 1990s for a modest 15 acres. The group now controls over 2,400 acres of land on either side of the Yellow Dog River as it meanders toward Lake Superior to the north.

There are still many challenges facing this watershed, including fragmentation, roads, mining, and logging. However, Moran believes the real enemy is ignorance. 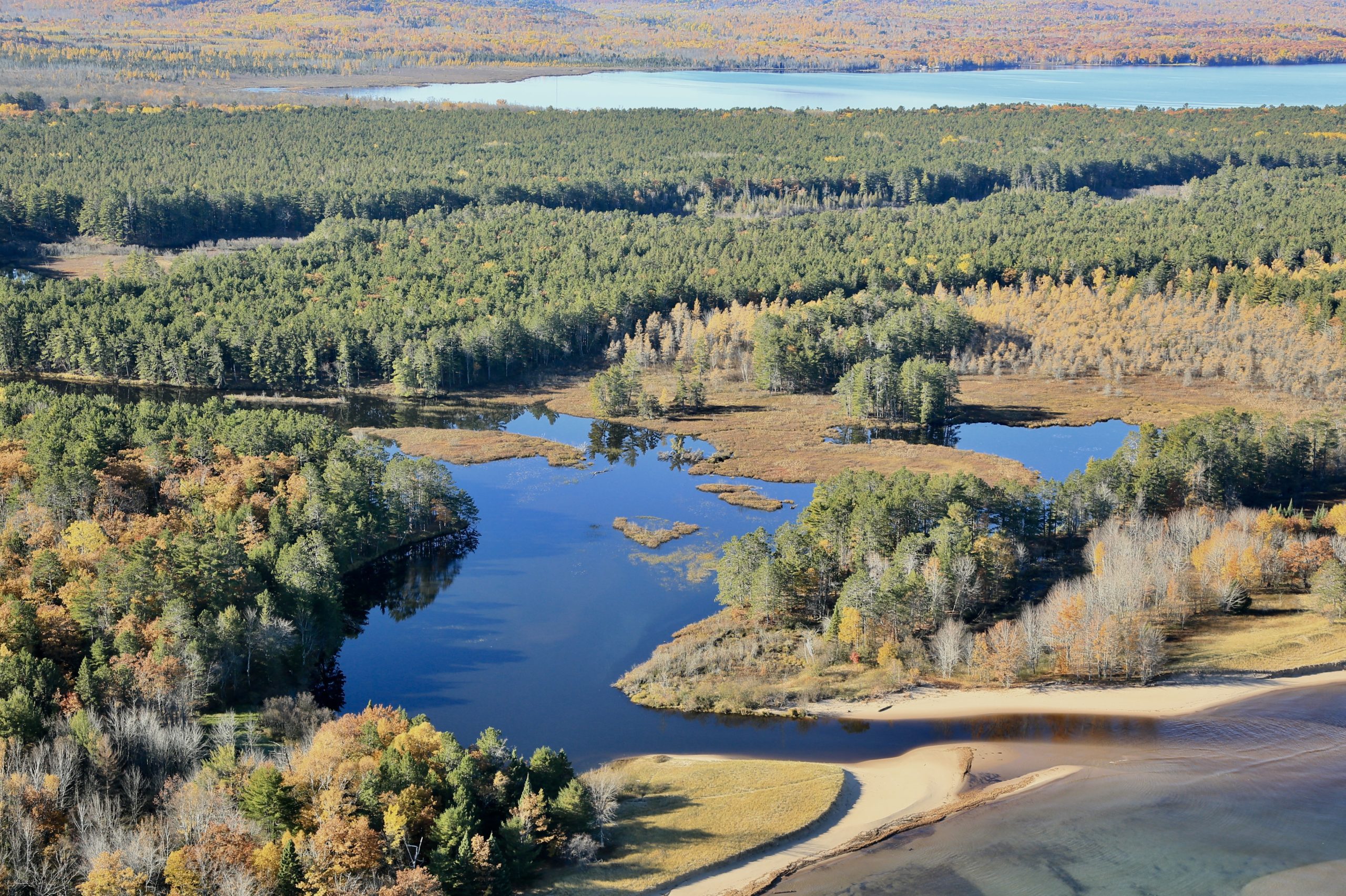 “If more people knew of the tenuous nature and the fragility of the watersheds that are as wild and scenic as Yellow Dog, they would be more active with their legislators, with any activity or development or road building or whatever,” says Moran. “They would get involved. They would attend those meetings.”

One effective tool in Moran’s fight against ignorance has been photography, specifically aerial images of the river, its foliage, and natural beauty. The photographs have been able to communicate the beautiful landscape, as well as what’s at risk if action isn’t taken to protect it.

“It’s really one of those last wild places,” says Moran.

Moran believes that the passion of individuals is another effective tool in protecting the watershed. He cites examples ranging from Deepwater Horizon to Standing Rock to the Tennessee River, where people hopped on airplanes or ‘got in their trucks’ to go and do their part to protect waterways that are not just in their backyards, but all over the world. Moran also draws inspiration from his fellow Waterkeepers.

“You couldn’t pay people enough money to do the quality monitoring and studying that we have received over the years. It takes a passion for the place so that it becomes part of who you are,” says Moran. “That’s the kind of staff we have and that’s the kind of volunteers we get.”

Moran himself has that kind of passion for his place in the world. He jokes that he could probably write a few books about hydrology and watersheds. The only problem is that it might keep him indoors.

“I don’t want to spend time writing freaking books.I want to be out there with my boots on testing the water,” says Moran. “I’m just a guy in the middle of the story. I want to record that information, and pass it on to whoever comes after me.”