Lake Erie is the shallowest and fishiest of the Great Lakes. Nearly a third of the Great Lakes population resides in the Lake Erie watershed — the lake is lined with several urban centers, including Buffalo, New York, Toledo, Ohio, and Cleveland, not to mention the Detroit/Windsor area by way of the Detroit River. Though it has the least water volume of any of the Great Lakes, it provides drinking water for over eleven million people. Lake Erie is a favorite destination for tourists and recreation. Sadly, with high concentrations of industrial facilities and agriculture it’s also long been a target for pollution.

Lake Erie Waterkeeper has been advocating for the lake and its watersheds since 2004.

Sandy Bihn, the organization’s Waterkeeper and executive director, believes that Lake Erie was the “poster child” for America’s environmental lowpoint during the late 1960s. The sadly iconic images of Cleveland’s Cuyahoga River catching on fire in 1969 happened near the mouth of the river as it enters Lake Erie.

“It was really bad in the 1950s and 1960s. Lots of industrial pollution, lots of nutrient pollution,” says Bihn. “Nutrients is a strange term because it sounds like a good thing. But too much of a good thing is bad. The algae problem is too much phosphorus and nitrogen.”

Things improved for the lake with the passage of environmental legislation in the 1970s. Bihn believes that Lake Erie is one of the great success stories of the Clean Water Act of 1972, leading some to dub it the comeback lake.

One major culprit of algae-causing local water pollution had been phosphorus from laundry detergents. By the late 1980s all Great Lakes states, except Pennsylvania, banned laundry detergent with phosphorus. According to Bihn, it was as though the lake ‘magically’ turned blue for the next 20 years. 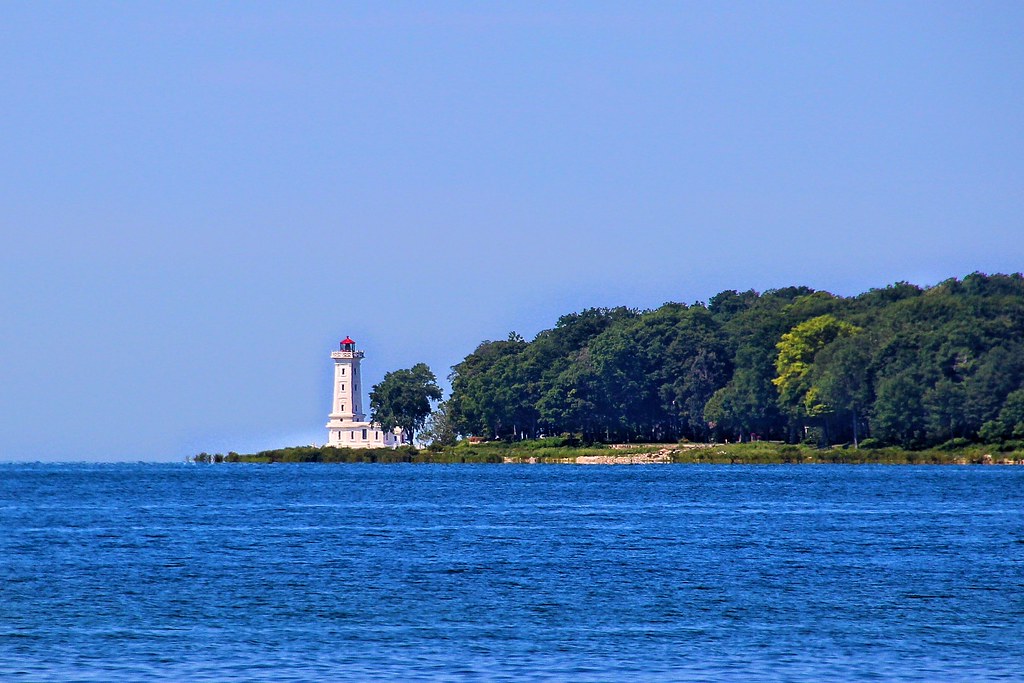 “In the 1980s and 1990s, we got really spoiled,” says Bihn. “Because the lake was in great and improving condition. The walleye weren’t here years ago. And they are back now. So that’s wonderful. The fisheries have come back.”

However, beginning in the late 1990s, people around Lake Erie started to notice green algae. It got progressively worse every year. In 2014, the cyanobacteria microcystin from harmful algae got into the Toledo water intake, forcing the city to warn citizens there not to drink the tap water for three days on account of microscopic bacteria that had gotten into the treated water.

“People think of the Clean Water Act more as industrial pollution, limiting pipes, discharges so that there are minimal toxins and heavy metals going into the rivers and streams,” says Bihn. “But then there’s the other side of the coin where agriculture and runoff from farms is not so regulated.”

These are not small family farms incidentally polluting the Lake. Rather, it is industrial-scale agricultural operations. One major manifestation of this shift is that fewer and fewer animals are pasture raised. Instead, concentrated animal feeding operations, or CAFOs, are the new normal.

“There was a major change nationwide in the way we raise animals for meat and dairy. Perhaps we haven’t done a good job in communicating these changes. But there are massive amounts of manure being applied on land in an untreated way that then runs off into the Lake. I don’t think most people know that,” says Bihn. “The ag industry is also very competitive and cost effective, going global, exporting more and more. This problem is not going to go away.”

She also cites a 2019 study that shows the number of animals in CAFOs and the manure produced had gone up by 40 percent from 2005 – 2019 and the amount of phosphorus in the system had gone up 62 percent. Another report shows an 88 percent increase in animals from 2002 to 2018!

“We have to treat human waste in a responsible way. Industrial agriculture needs to treat their manure in a way that doesn’t keep over applying manure onto the soil. They should figure it out. It’s their responsibility. We shouldn’t have to be the ones telling them,” says Bihn.

The manure runoff problem may currently be an uphill battle, but Lake Erie Waterkeeper has had a long track record of successes. They helped re-established sturgeon in the Maumee River. They have also helped reduce phosphorus from Detroit wastewater outputs by 50 percent. Lake Erie Waterkeeper is also working to expand protection of and access to Erie Marsh, a region recognized as globally important to North American bird migration.

Lake Erie Waterkeeper is also taking a page out of restoration efforts from the Chesapeake Bay, where a 2009 executive order from the Obama administration reduced nitrogen and phosphorus levels which allowed the local fish and crab industry to recover. Bihn says a similar request on behalf of Lake Erie will be made to the Biden administration.

Bihn credits Waterkeeper Alliance’s unique structure for empowering her and other Waterkeepers around the world. “They give such independence to represent your watershed while providing amazing contacts and great information,” says Bihn.

While Bihn might not have the typical background for a Waterkeeper. She’s not a chemist or a biologist. Previous to this role, she worked in finance. Getting involved with Waterkeeper Alliance, however, allowed her to pursue her passion. “People think that grassroots efforts don’t help, but they do. You just have to speak out, build the base, get it on the record, and persevere.”