Milwaukee Riverkeeper is turning the tide on years of industrial pollution

The Milwaukee River Basin covers nearly 900 square miles across seven Wisconsin counties. Its three main rivers — the Milwaukee, the Menomonee, and the Kinnickinnic — all converge in downtown Milwaukee before joining Lake Michigan. The watershed includes about 80 more municipalities, totalling around 1.3 million people.

Milwaukee Riverkeeper began in 1995 as Friends of the Menomonee River. Three years later the group became a founding member of Waterkeeper Alliance. Their early volunteer efforts included organizing river cleanups. According to Cheryl Nenn, the current Riverkeeper in Milwaukee, these events initially attracted around 50 people. In recent years, however, thousands of people have attended these cleanups, making them one of the bigger volunteer events in the state of Wisconsin. 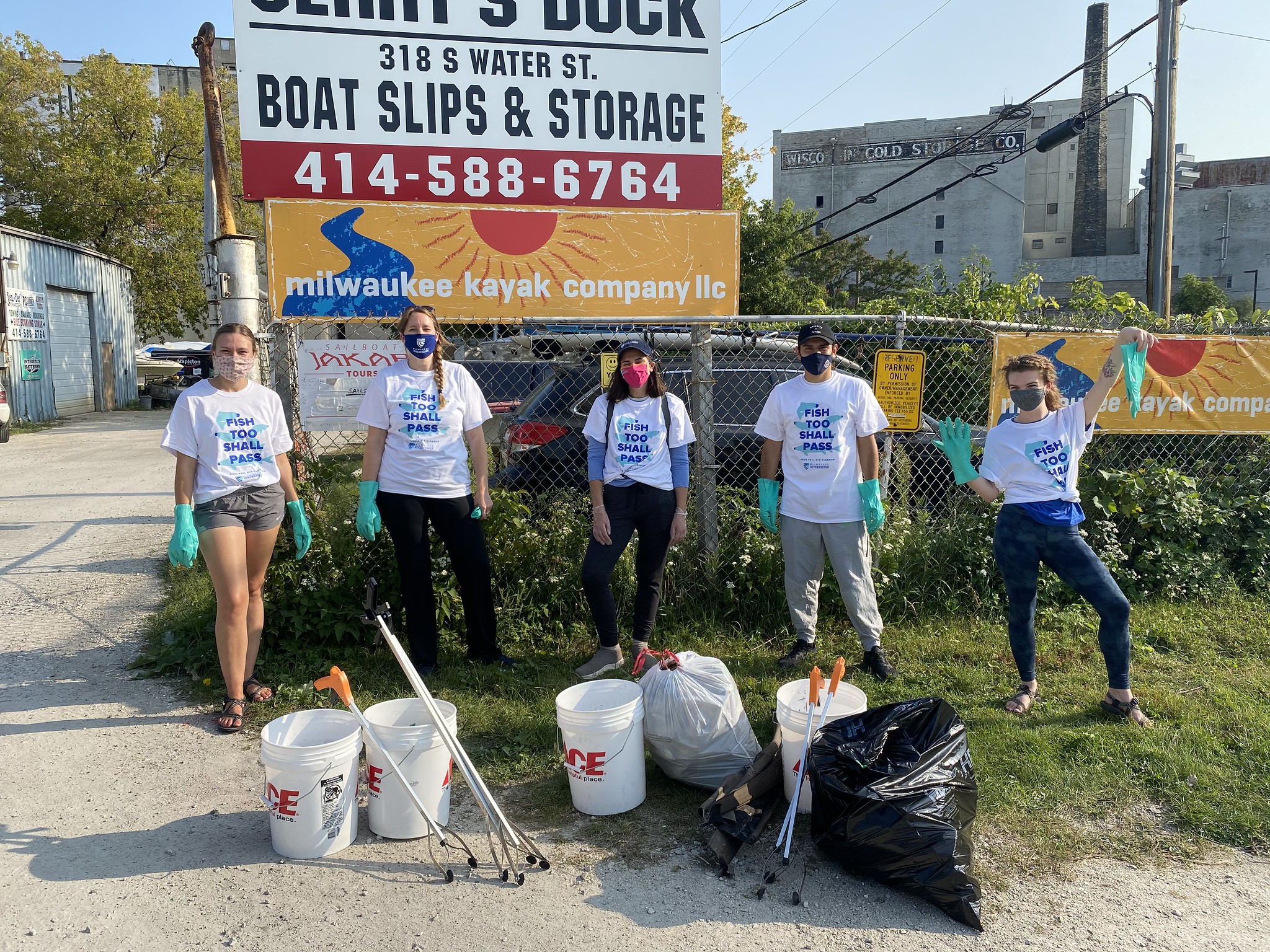 Sadly, there is a lot more to clean up than just litter. Milwaukee’s legacy of industrial pollution is similar to a lot of other American cities. Even though it didn’t garner as much national attention as Cleveland’s infamous Cuyahoga River fire of 1969, Milwaukee’s rivers would occasionally catch fire too.

Milwaukee’s water quality wake-up call came in 1993, when the bacteria cryptosporidium was found in the city’s drinking water supply. Tragically, dozens of people died from this outbreak, with tens of thousands more falling ill. The source of the bacteria is still controversial to this day, with some claiming it came from sewage overflows and others from agricultural runoff.

“It’s always awful and unforgivable to discharge pollution into any waterway,” says Nenn. “Our difference is that this was discharged into our drinking water supply.”

Not surprisingly, the maritime life suffered too. Nenn says that downtown Milwaukee had only 4 or 5 species of fish at that time, which she referred to as “kind of pathetic.” Today, however, downtown Milwaukee is home to over 40 species of fish, thanks in large part to work being done by Milwaukee Riverkeeper and many others. Specifically, dam removal, sewage treatment upgrades, and cleanups of toxic sediments, where legacy industrial contaminants have been targeted, have helped the river recover and become more habitable again for aquatic life. One recent project that targeted legacy contaminants took about ten years to complete and at a cost of $50 million.

Incidentally, this project was upstream of a dam, which was only able to be removed because the cleanup happened first. Milwaukee Riverkeeper was in large part responsible for that dam removal, filing several lawsuits to get it classified as a nuisance, rallying public support, and forcing action by the dam owner. In fact, over the last 15 years, they have helped advocate for removal of nearly a dozen dams throughout the watershed by working with state and local governments, land owners, and other groups.

“As soon as the dam removal began, water quality improved pretty dramatically. You really do see changes almost instantly,” says Nenn. “It’s a pretty awesome day when a dam gets taken out. I’d like to have an official citizen jackhammer crew to personally remove concrete and dams from our rivers, but that work is contracted out.”

As is true in a lot of other cities, combined sewer overflows were also a big problem for Milwaukee. But in the last twenty years, the area has gone from about 50 overflow events a year to only two or three per year. As Nenn readily admits, “It’s not perfect. We still have issues, and climate change impacts are looming. But it’s a huge improvement that we take pride in due to years of advocacy and litigation helping sway this change.”

Milwaukee Riverkeeper is also looking to improve flood management, water quality, wildlife habitat, and overall hydrology by undoing the concretizing of their waterways. According to Nenn, it was a combination of increasing urban development and a series of bad floods that led to the concretizing of over 20 miles of rivers. Not only did this kill many urban rivers, but it also caused major safety issues, in the Kinnickinnic River in particular.

“So, the sewerage district and the Army Corps of Engineers, god bless them, came in here and just shellacked everything with concrete and the thought was that it would send this water more quickly away from these homes. But that just led to more flooding and more shellacking downstream,” says Nenn. “They created a real hazard by putting these concrete rivers in back in the day. Some streams can go from a trickle to a Rocky Mountain stream in minutes.”

Like the dam removals, replacing the concrete channels with more natural streams is time consuming and expensive. But the benefits are already starting to show. Water quality is improving and fish are moving further upstream looking for spawning areas. Another encouraging sign is the amount of people out on the water in downtown Milwaukee. In 2006, Nenn created the Milwaukee Urban Water Trail so that people could more easily access and enjoy the waterways in their own backyards. And it’s worked. The Milwaukee Urban Water Trail has been designated a National Recreation Trail and one of the American Canoe Association’s best trails.

“People will pack their paddles in the car and then drive 5 hours away to some untouched place. But we really have these amazing rivers right in our city,” says Nenn. “We encourage people to access and fall in love with the river here. If they’re out there paddling or fishing, they’re probably going to be more interested in helping us protect the rivers in the future.”