Peru's planned dams would displace 1,000 and "decapitate" the Amazon - Waterkeeper

Peru’s planned dams would displace 1,000 and “decapitate” the Amazon

Twenty hydroelectric dams are planned for Peru’s Marañón River, the primary tributary to the Amazon; two have been approved. These are dams the country, which has an energy surplus, doesn’t need. They’re also dams that will damage not just their immediate surroundings, but the largest river system on earth.

The dams would also destroy a way of life.

If both of the approved dams are built, there would be no river for more than 100 miles, only two reservoirs. One of two approved dams on the river, Chadin II, if built, would inundate the towns of Mendán and Tupén Grande, displacing about 1,000 people.

But the damage would reach much farther, both upstream, and downstream.

Rivers are hungry creatures. When dams starve them of sediment, rivers find it, eroding their channels and their banks. Living upstream from a dam comes with the risk of seeing your home submerged, while living downstream may mean seeing your property become a sinkhole. These are the threats people living along the Marañón wrestle with every day.

The Marañón valley is an area loved by locals and known throughout Peru as the setting for a nationally famous folk story, “La Serpiente de Oro” (The Serpent of Gold), by Ciro Alegria, which is based around life in a riverside village. That story is the reason the Marañón is known colloquially as “the serpent of gold.” The valley attracts adventurous travelers, who might visit on 21-day birding trips and week-plus river journeys.

As the author Jack Billings wrote in Outdoor Journal about his 2018 rafting trip along the Marañón, “Although I had run rivers for 42 years, including nine trips down the Colorado in the Grand Canyon, I had never faced a challenge like this one: A gradient nearly equal to the Middle Fork of the Salmon, four foot wave trains, big pour-overs, surging eddys, seemingly endless rock gardens.” 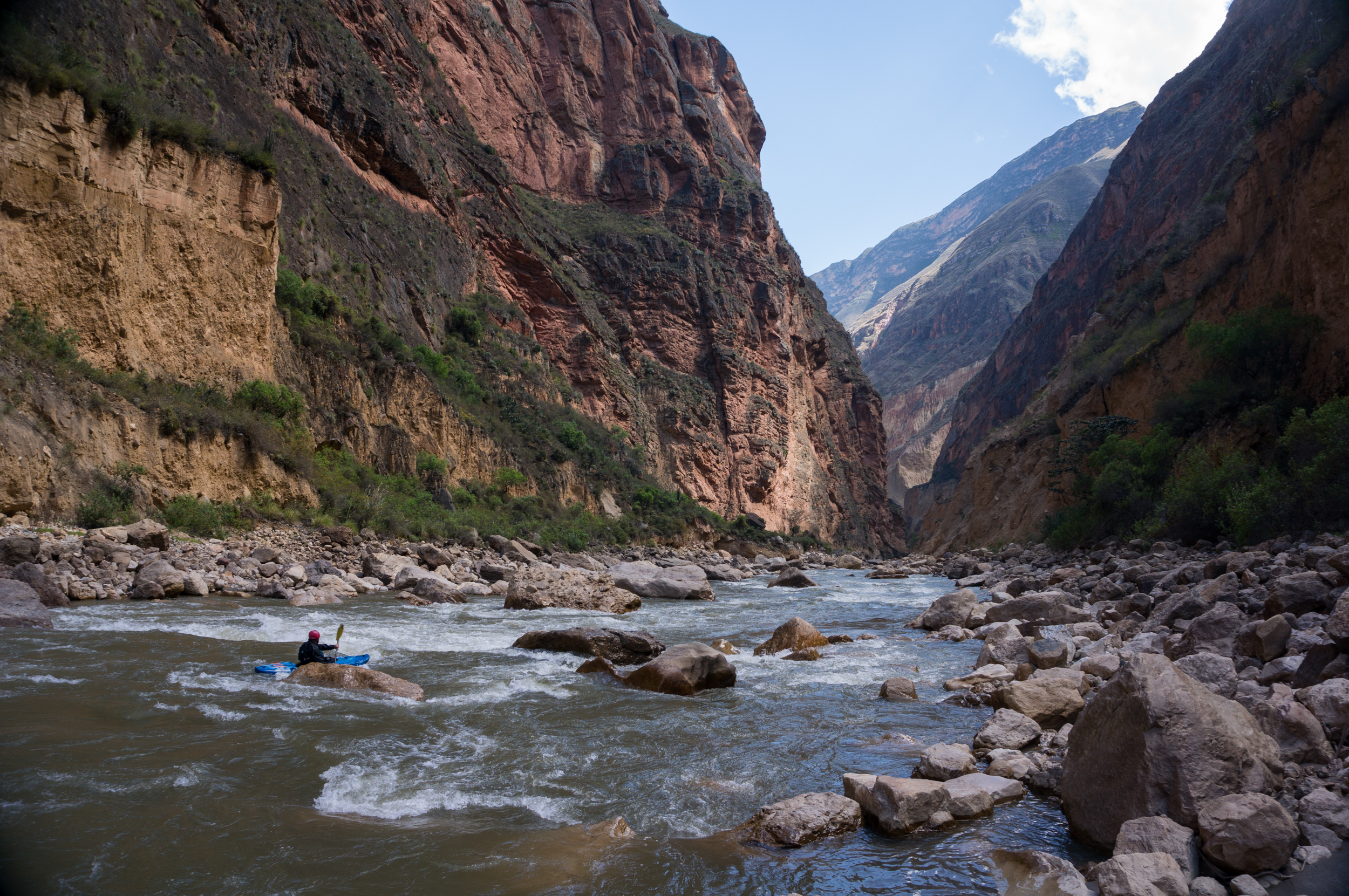 Runs like that would be lost if the dams were built.

While the contractor building the dams has promised local people jobs, those jobs may come with a price: The destruction of their homes and farms.

“As we worked our way downstream I visualized the impact on this beautiful canyon if it were submerged under hundreds of feet of water,” Billings wrote. “Though the area seemed empty, it was not. Many side streams (quebradas) and smaller rivers joined the Marañón. At nearly every convergence with the river a small oasis of green signaled where a farmer had diverted the quebrada to create a planting area (chacra) for growing coca, bananas, mangoes, papayas, oranges and peppers. These chacras exist because the river and its side streams have formed a riparian bank with a flourishing ecosystem.”

“Several days into the trip, we camped just upstream of Sanachgan rapid and a well-established chacra,” he wrote. “As we prepared to leave, a young couple came with their infant daughter and dog to see us off.” If, as planned, a dam is built there, “their farm and way of life will be destroyed,” Billings wrote.

The Marañón forms on the eastern side of the Peruvian Andes, flowing from glacial runoff and snowmelt. The river’s path, along what’s known as the Grand Canyon of Peru, is a very narrow valley.

“None of the environmental impact assessments have looked in a systemic way at the river,” says Jorge Darwin Abad Cueva, academic director of the Center for Research and Education of the Amazonian Rainforest.

“If you have small towns, closer to the dam downstream, it will be a problem,” says Abad Cueva.

“Rivers need to keep flushing sediments downstream. When there’s no supply of sediments, the river will try to get, from somewhere else, all the sediments it needs. The easiest place to erode is the bed of the river. When you put in a dam and you take out the core sediment, you will disrupt downstream conditions.” 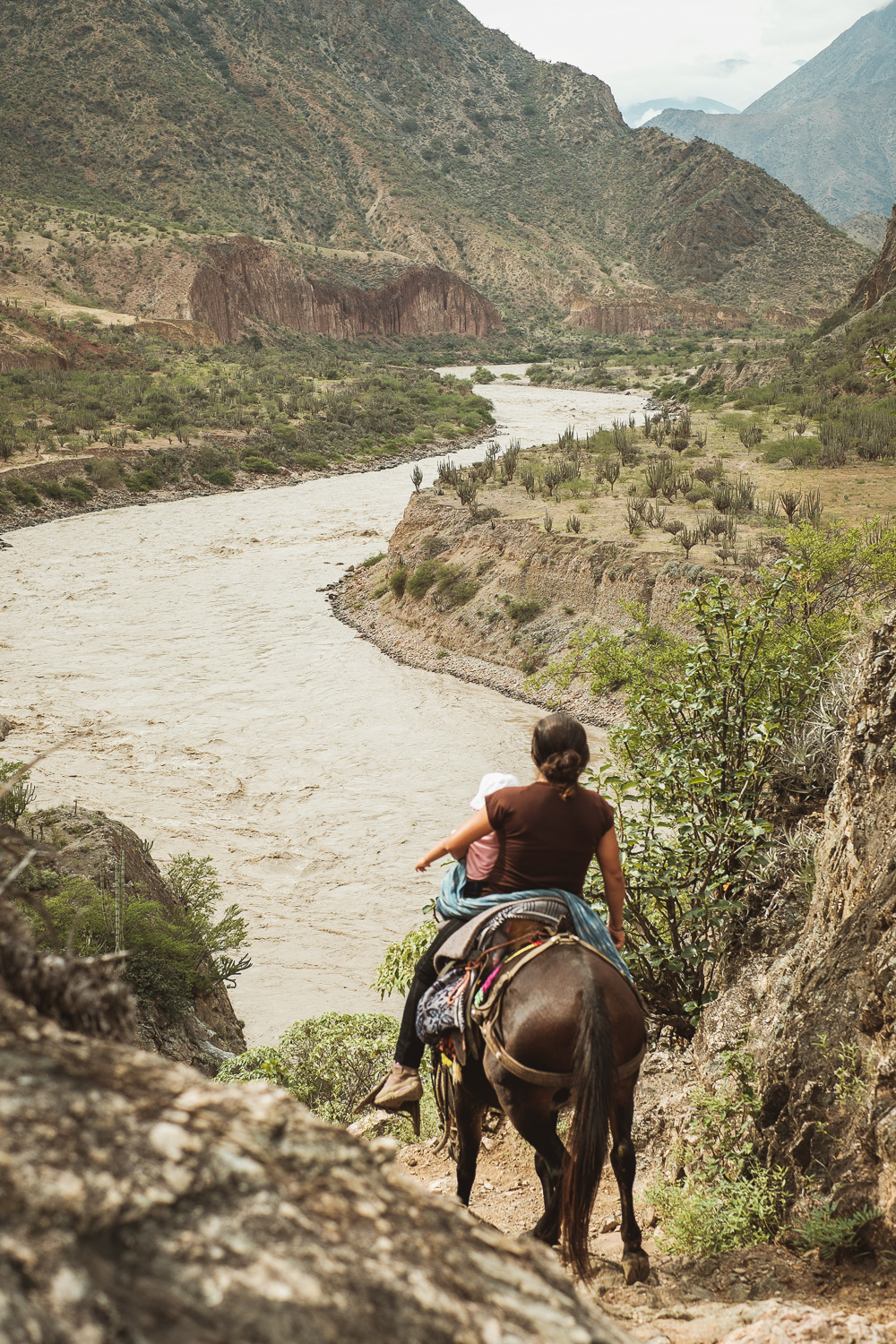 The change in sediments won’t only cause erosion. It could also disrupt downstream farmlands that depend on the old flow of sediments, and change the river’s levels over time.

Homes and farms aren’t the only things at risk. The natural rhythm of the river will also be modified, causing further difficulties for native ecosystems which depend on rejuvenation from highwater floods and regeneration through the ebb of low water times.

The fishing industry that feeds and provides jobs for thousands of people along the Marañón is also at risk.

At least 23 migratory fish species call the Marañón home, but little is known about their migrational ranges. The world’s longest freshwater fish migration also occurs in these waters; the Dorado giant Catfish travels 11,600 kilometers from the Andes to the mouth of the Amazon then back again. Dams act as walls for migratory fish.

In addition, Peru could also lose ancient rock paintings, irreplaceable cultural artifacts that would be in danger of flooding if the dams are built.

Verdant farms, bustling villages, ancient heritage, soccer fields, fishing as a way of life: These are the things local people along the Marañón may lose if the dams are built. It’s worth asking who would gain, and whether that gain would be worth such a steep price.