Help us protect this irreplaceable treasure. Sign up for our email updates today.

The energy company that’s been planning the Veracruz dam on the Marañón River for almost a decade invested a great deal in pitching the project to Peru’s most powerful people. But what it didn’t do is talk much with the local community about what the dam would destroy.

In visits to the area that would be flooded if the dam were built on the Marañón, which is a primary tributary to the Amazon, we asked local people whether the flooding would imperil archeological sites. They led us to three sites with ancient pictographs.

Earlier this month, we brought Peruvian archaeologist Daniel Castillo Benitez, a specialist in rock art, to visit the pictographs so he could begin the official process of documenting this irreplaceable heritage with the National Institute for Culture.

This visit was, as far as we know, the first step in the official process of documenting the cultural heritage that could be lost if the dams were built. It’s important to note that the visit was undertaken not at the request of our government, and not at the request of the wealthy company that would build the dam, but at a request from us. (We found funding for the trip, too.) 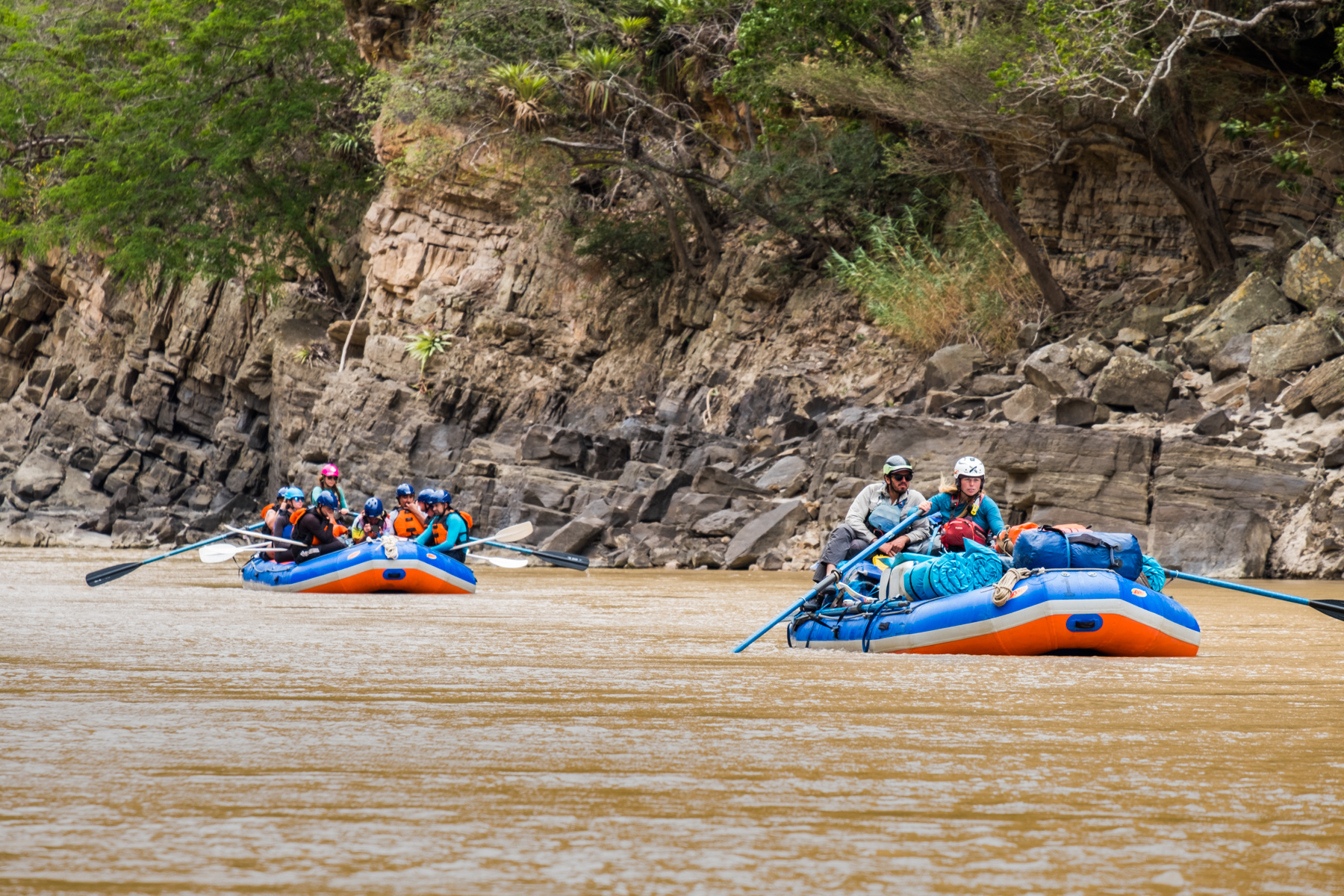 The background: In 2011, Peru passed a law declaring the construction of 20 dams on the main trunk of the Marañón, including the Veracruz dam, to be in the “national interest.”

What’s become increasingly clear is that no one in power — either before or after the declaration — did the due diligence to determine the local interest — or the true national interest.

When the company planning the Veracruz dam, the Compañia Energética Veracruz SAC, applied for an Archaeological Evaluation Project with the National Institute for Culture, the Institute initially approved it, but annulled it months later, finding the company had not properly consulted with the local people.

The company also presented a request to obtain a certificate from the regional office for Culture from the Cajamarca region. This certificate would declare “the inexistence of archaeological remains” within the project area in the state, an area of about 1,189.86 hectares, or 4.6 square miles. But subsequent fieldwork by the Institute found two archaeological sites. The certificate, required if the dam is to be built, was denied.

The Ministry for Culture also confirmed in November 2019 that it had not granted a certificate to the company declaring no “archaeological remains” are within the project area; there was also no formal approval for an Archaeological Evaluation Project, which is needed before construction could begin.

It seems fair to say that Compañia Energética Veracruz SAC didn’t look hard at all before it moved to declare there were no archaeological remains in the area.

Our experience underscores that.

We “found” the three new sites Prof. Castillo Benitez visited simply by asking the local community of Lonya Grande. It’s difficult to believe the team working on the Veracruz dam, a $1.5 billion dollar project, could not have located these paintings themselves. And it’s fair to assume that more conversations with local people will most likely lead to learning about more archaeological sites in this area. 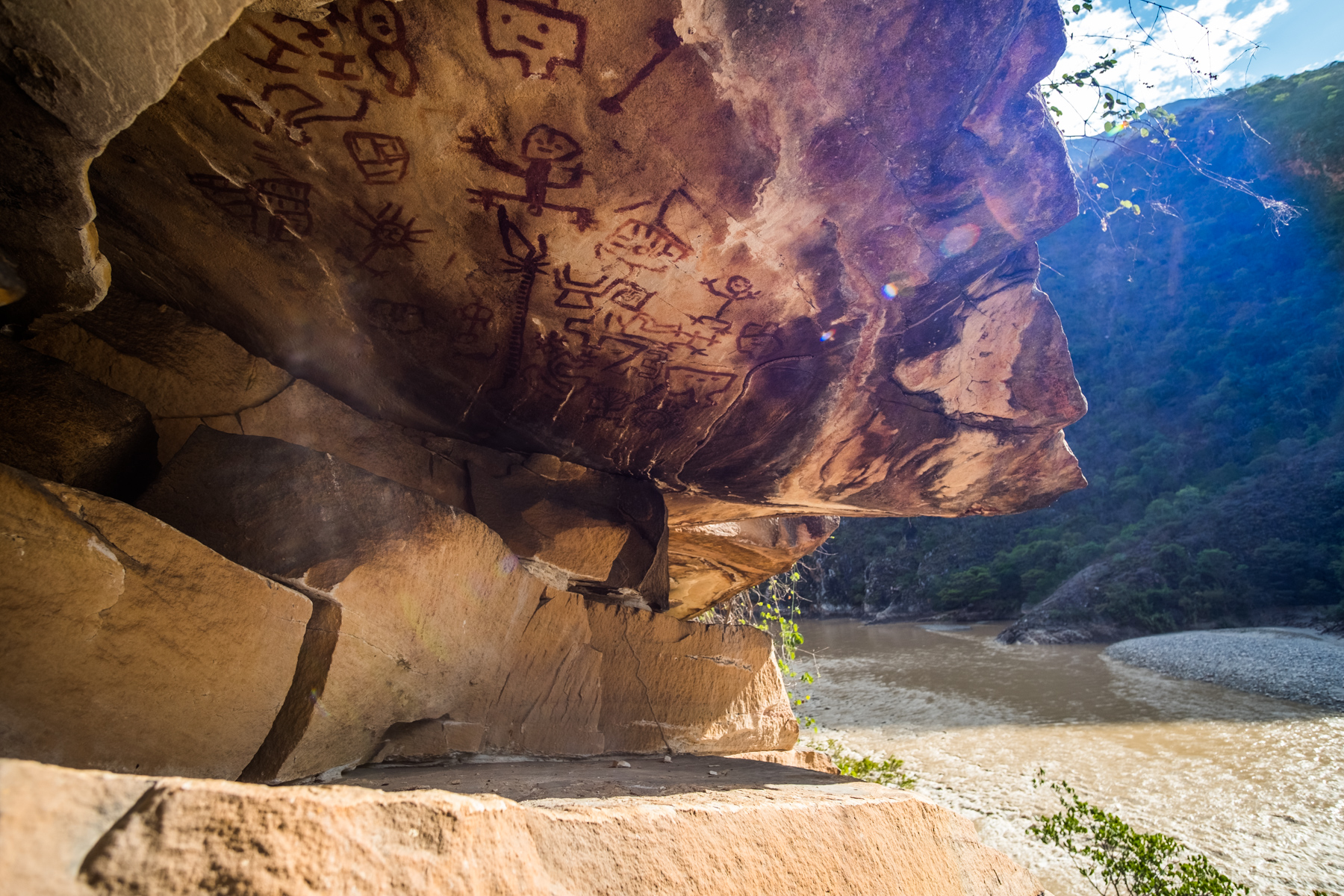 These are only some of the problems presented by the Veracruz dam — and the overall plan to dam the Marañón.

If all the dams were built, they would inundate an area of 7,000 square kilometers (2,703 square miles), putting uncounted endemic species in peril and displacing more than 1,000 people. It’s also becoming increasingly clear that the environmental impact assessments companies did for all the dams were every bit as shoddy and incomplete as the archeological assessment done for Veracruz.

There are other administrative problems with the dams as well, beyond the certificates around archeological artifacts. We recently requested government records on the dams and found that the environmental certificates have expired for both the Veracruz and another dam on Marañón canyon, the Chadin II. Again, these certificates are required to be current before construction on the dams can begin.

In the case of Chadin II, not only has the environmental certificate expired, but the company also doesn’t have a certificate showing there are no archaeological remains in the area. The project needs both if it is to be built. The company also has not started operations within the timeframe established in the contract, giving the government grounds to pull the contract. We call on the government to do so.

It’s clear who would benefit from these dams. It’s also clear that if they’re built, the losses they would create are incalculable.

The company building the Veracruz dam, Compañia Energética Veracruz SAC, recently asked for a 10-year extension on its certificates, claiming that the new discovery of pictographs was a force majeure, or unforeseeable circumstances, that prevented it from fulfilling its contract.

But the discovery of these pictographs was a totally foreseeable circumstance. The government found two when it looked. We found three more when we looked.

Our discoveries make it clear that the company barely looked at all.

Now it wants to use these discoveries to buy itself more time, time to build a dam that could destroy so much, including our irreplaceable cultural heritage — a heritage uncovered with a few simple visits to the people whose past, and present, would be upended if these dams were built.

That’s why we’re calling on Peru’s government to halt any dam construction until real archaeological and environmental impact assessments are completed.

As Monti Aguirre, International Rivers’ Latin America program coordinator, has said in the past, the dams will cause “serious problems for the entire Amazon basin.”

It’s clear who would benefit from these dams. It’s also clear that if they’re built, the losses they would create are incalculable.

Construction of the dams has not yet begun. We call on Peru’s government to insist the company produce a hard look at the true human and cultural costs of building these dams before a single shovelful of dirt is moved. Too much is at stake to do otherwise.