In Awe of the Women of Waterkeeper Alliance

Feature image: The author (second from left) aboard the SV Pelican 1, surrounded by female and non-binary champions for Port Phillip Bay and its tributary rivers.

I am in awe of the women of Waterkeeper Alliance. Before becoming Executive Officer of Port Phillip Baykeeper, I ran environmental leadership programs in Australian schools. I taught many ages of students at private and public schools, single-sex and co-ed schools, classrooms for students with disabilities and others for academic superstars.

Not one of my students named a female leader when prompted to list examples of leadership. (During the brief period while Australia had a female Prime Minister, she occasionally graced the student lists, but not consistently.)

Kids even named Hitler – “He used it for evil, Miss, but he had leadership skills” – yet did not write a single woman’s name.

This is partially due to the misperception that leadership takes a title – and women and girls are under-appointed to such roles. (Rwanda is the world’s leading exception, with a government led by 64% women.)

Leadership does not require a necktie or a job title. Leadership is cumulative impact of daily decisions. It is how you use your voice, your vote, your time.

As much as from pulpits and podiums, civil rights have always been propelled from pews, kitchens, student libraries, streets and (recently) 140-character tweets. Waterkeepers inherently understand this: justice comes from communities as much as courtrooms.

Everyday people matter rather literally in water – human bodies are 2/3 water – and water is the secret ingredient behind nearly all elements of our life, from clothes to climate, from electricity to food.

Delight in your daily coffee? Growing those ingredients took 140 litres/37 gallons of water. For one cup. Before milk and sugar. During drought, Australia sets water use reduction targets, but the fact is our faucets only account for 10 percent of our water footprint.

Women and girls and water are powerfully linked. Dirty water and lack of safe toilets are among the top five killers of women worldwide, taking a woman’s life every 40 seconds; and the lives of 1300 children per day. (Pause to contemplate that staggering statistic.) Clean water and toilets categorically remove barriers to female education and employment, especially when responsibilities for sourcing water fall disproportionately to girls and women.

Research suggests that giving women a greater role in decision-making will improve ocean conservation and other water projects. Unfortunately, less than 1 percent of peer-reviewed research on water management considers gender factors, although we do know (in developed countries) that women leaders for water are rising even while across society pay gaps got worse for the first time since WWII and many industries fail to hire, promote, and retain women. 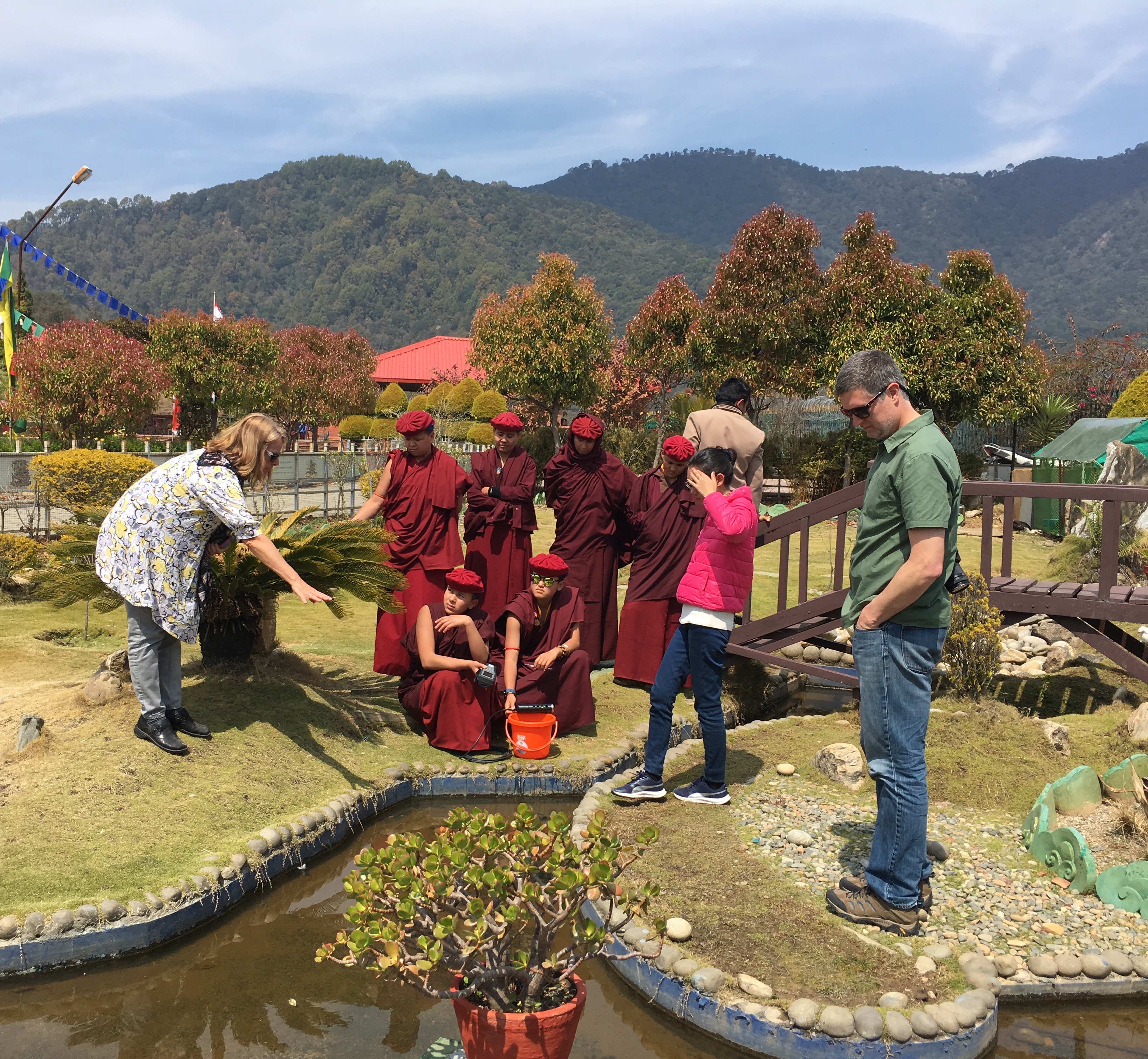 By doing Waterkeeper work, protecting the human right to clean water, and providing pathways to join the movement – we ensure our communities can easily name female leaders, and our daughters can unhesitatingly include themselves on that list.

Atop the Himalayas, between teaching girls self-defense and installing solar panels, Buddhist Kung Fu Nuns monitor river water quality and flow. The Himalayan Glacier is the source of water for more than 700 million people, and climate change is melting ice and disrupting traditional cycles centered on seasonal river flows. Over 200 trained nuns seek to “protect our water as we would our own lives.”

In Mexico, Tijuana Waterkeeper Margarita Diaz has mobilized more than 47,000 volunteers to remove 220 cubic tons of trash from the beaches, streams, and rivers along the northern border of Baja California, and in the process, has inspired generations of waterway stewardship. Speaking to Waterkeepers from around the world, Margarita described invisible walls – not steel slats at borders! – but cultural norms, relative wealth, age gaps. “But we take down walls by sharing information, activating personal responsibility or sitting in negotiation.” 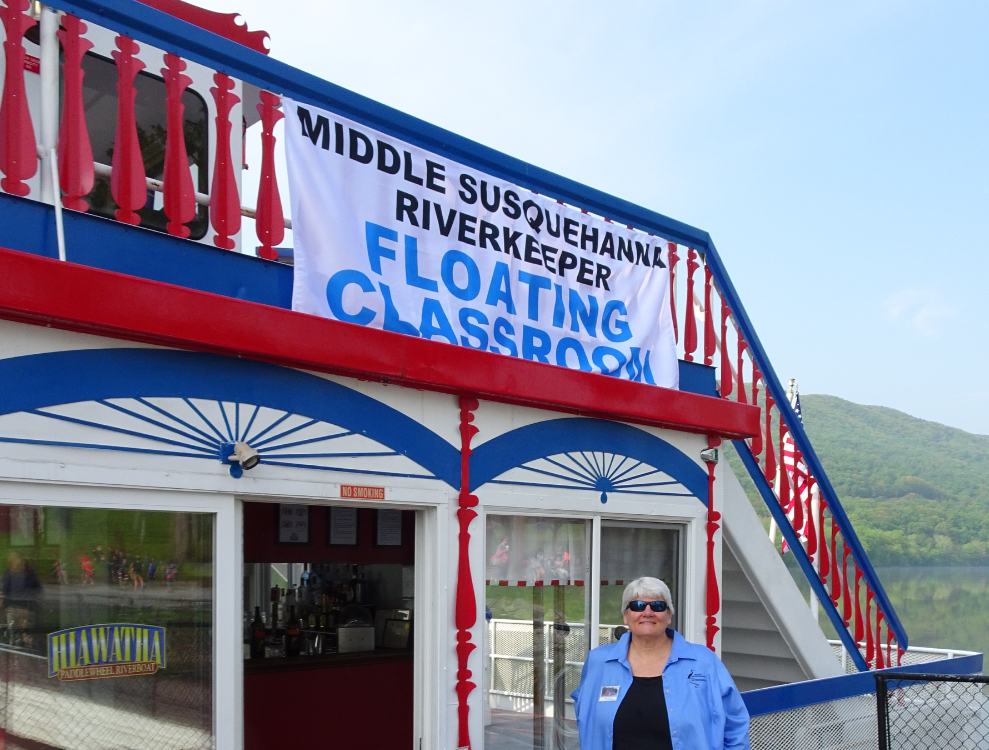 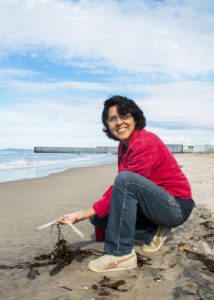 I shall never forget Rashema Ingraham (Executive Director of Waterkeepers Bahamas) smiling and telling a future partner organization, “It is merely a question of when; I am making this happen.”

In courtrooms, classrooms, or as boat captains, the women of Waterkeeper do not hesitate.

After Hurricane Florence struck South Carolina with devastating floods, Waccamaw Riverkeeper Cara Schildtknecht raced to monitor the coal ash ponds that threatened to breach the aqua dams and dump 200,000 tons of toxic waste. Contaminated water crept toward the barrier rim, a cresting threat of catastrophe. With Waterkeeper Alliance support, the Riverkeeper coordinated rapid response monitoring with Santee Cooper, the local utility with sole river access during the emergency. “What I love was that aboard our airboat were representatives of the utility and two local clean water nonprofits – four awesome women came together from opposing sides to protect the Waccamaw from coal ash pollution.” 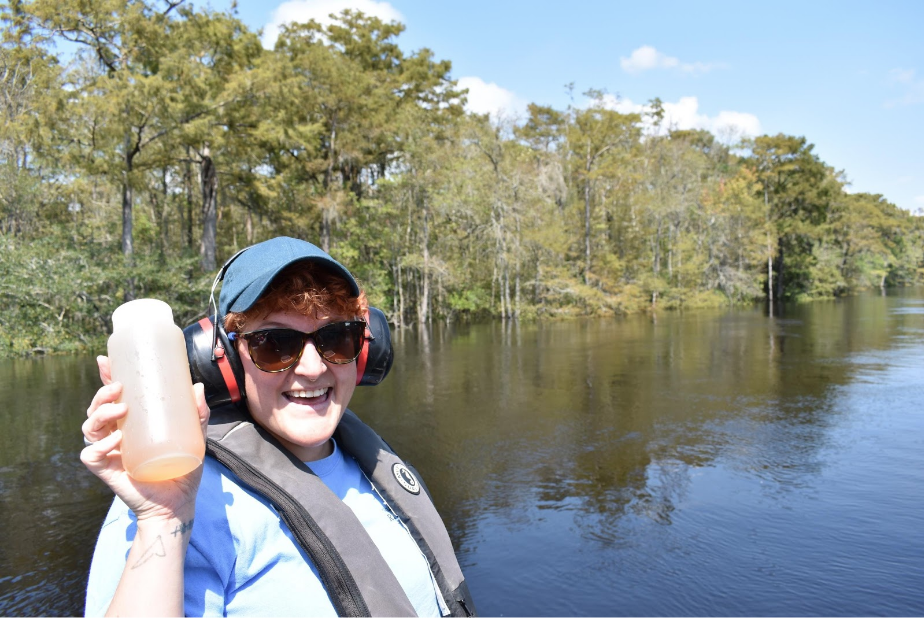 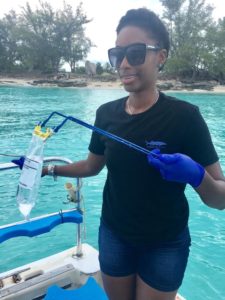 Once, long ago, I lamented being the youngest and least experienced person at conference down under. “Aren’t you lucky!” replied my table mate. “That means no matter who you talk to, you’ll learn something.”

This little raindrop has been through the water cycle many times since then, but in a room of Waterkeepers I still know: no matter whom I talk to, I will learn. Waterkeeper Alliance regularly gathers its 340-strong member organisations together. This epic conference is curated by our unflappable Training Director Katherine Luscher, whose humour and grace under fire also make her a top-notch rafting trip leader on Oregon’s Rogue River. “Rowing is not about overpowering the river, but about working with the river using finesse. Strength of the brain over strength of the muscles.”

Thank you to the women of Waterkeeper Alliance, staff and volunteers and donors and community members taking down walls and cleaning up waters. Cheers to all the forms of leadership and strength you demonstrate every day.