The Green New Deal: What Does it Mean for Water? - Waterkeeper

The Green New Deal: What Does it Mean for Water? 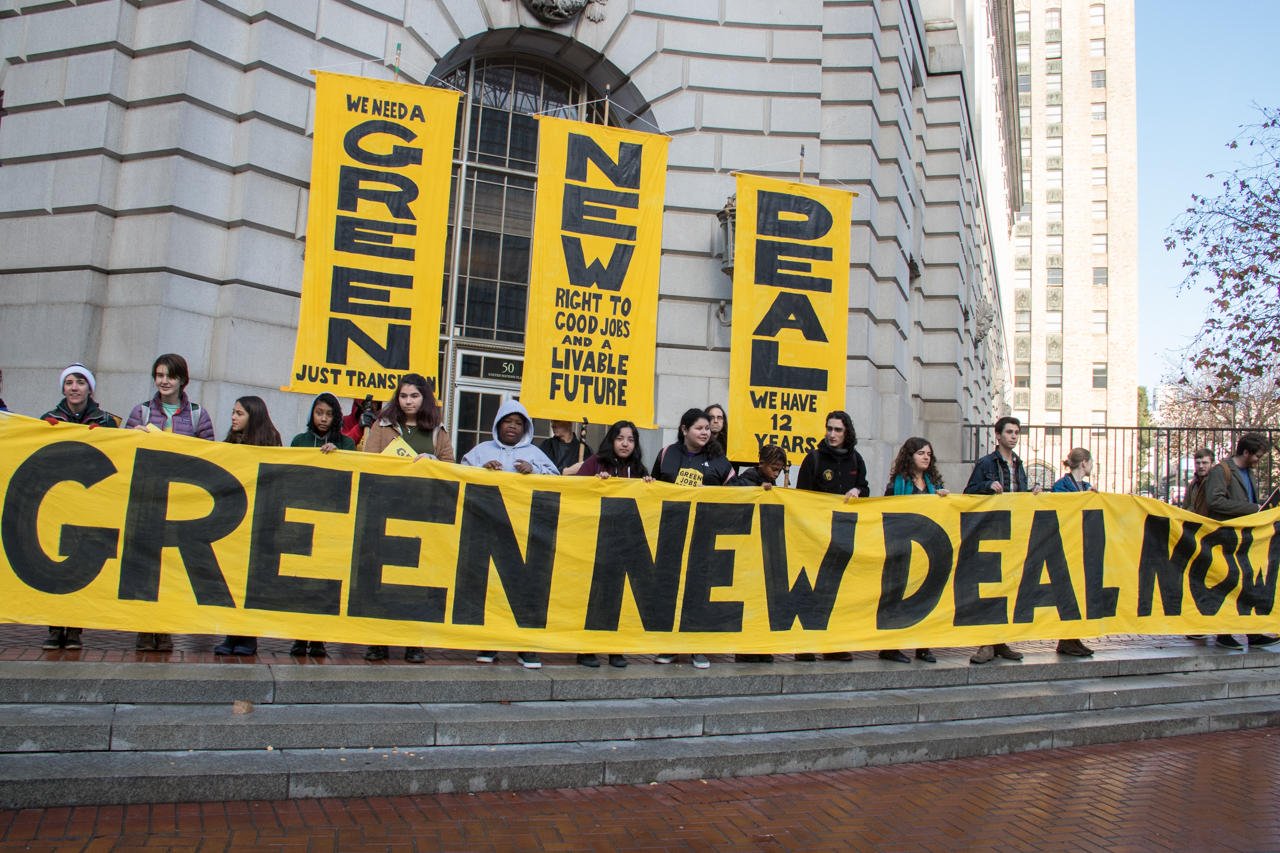 By Marc Yaggi and Gabrielle Segal

With 2018 being the fourth-hottest year on record, and 18 of the 19 warmest years on record having occurred since 2001, there is no denying that we need bold action to stave off the worst impacts of climate change. On February 7, Rep. Alexandria Ocasio-Cortez (D-NY) and Sen. Ed. Markey (D-MA) unveiled to the House and Senate a Green New Deal (GND) resolution — a framework to address the climate crisis. The GND is a bold, ambitious plan to achieve net zero greenhouse gas emissions while creating economic prosperity for all Americans. While the GND may not pass Congress, it has spurred greater national conversation around climate change. And that national conversation might finally force some bipartisan action on climate change.

The GND is modeled after President Franklin D. Roosevelt’s New Deal, which helped pull the U.S. out of the Great Depression and bring economic stability back to Americans. The proposed 10-year plan aims to achieve “net-zero greenhouse gas emissions” by moving America to 100 percent clean and renewable energy while creating jobs and “economic prosperity for all.” The GND resolution’s goals would be achieved by a number of projects such as building climate change-resilient infrastructure; meeting 100 percent of our energy needs from clean, renewable power; building a smart grid; overhauling our food systems; expanding electric vehicle manufacturing; building high-speed rail systems; increasing forested areas; and more. The 14 aspiring infrastructure and industrial projects identified in the resolution would, in turn, create a plethora of green jobs.

So, what does this all mean for the world’s waters?

Aside from the fact that clean water is included in the GND’s goals, the answer to this question is simple when you realize that climate change and water are interconnected. Climate change is altering the chemistry of our oceans, the character of our coastlines, and the timing and intensity of rain and snow, wreaking havoc across the planet. The impacts can be understood by hearing from the Waterkeepers we work with both in the United States and around the world:

Those are just a few examples of many that demonstrate how climate change and water are intertwined. The GND reflects that access to and availability of clean water is waning as a result of greenhouse gas emissions, whether it be through climate change or waterways polluted by fossil fuels, and that low-income communities, communities of color, and indigenous communities are disproportionately affected. The resolution would protect public lands, waters, and oceans and ensure “eminent domain is not abused,” while restoring waterways and expanding sustainable farming and soil practices on agricultural land.

The framework for the Green New Deal is ambitious; it is a gigantic step toward combating climate change. While the current proposal is a non-binding resolution, it sends a powerful message that the United States needs to take bold, decisive action now to mitigate the climate crisis and create a better future for all. And at the end of the day, a Green New Deal also is a Blue New Deal for our waters.