Margarita Diaz grew up near the beach and has always had a connection with water. So it makes sense that the first thing she did when she moved to Tijuana from Mexico City was go to the beach.

“I always say the beach is a magical place for me,” says Margarita. “When I stand at the beach looking at the border wall where it  goes into the water, it seems pretty small and fragile against the immensity of the ocean.”

Tijuana is home to nearly two million people, and is mostly known as a border and industrial city. There are a few small pocket parks here and there, but the beach is one of the main sources of recreation. It’s one of the only places where a family can go to experience open spaces.

However, Margarita soon realized the beach was in danger from sewage, trash, and development. In fact, Tijuana’s beaches are some of the most contaminated in the entire world.

“It really struck me how the city had turned its back on the ocean.  I only saw pollution and wanted to do something about it,” says Margarita. “The people who have money and visas, they go to San Diego or La Jolla when they go to the beach. I wanted to be the voice for all these people who can’t travel to other beaches.”

Starting around 2000, Margarita began doing cleanups. The events happen twice a year in March and again in September. What started with a small group of 20 people now attracts 4,000 volunteers and from all over the state of Baja California. 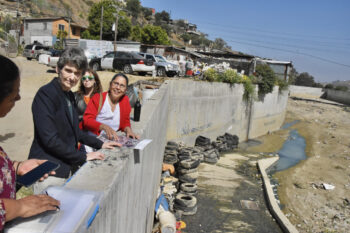 Then, in 2007, someone was passing through Tijuana and dropped into Margarita’s office. After hearing about the work Margarita had been doing, the woman exclaimed to her, “You’re a Waterkeeper!”

Following that traveler’s emphatic observation, Margarita decided to officially launch Tijuana Waterkeeper in 2010. She soon got information about how to set up a water quality monitoring laboratory and went to San Diego for training. After establishing their water quality analysis laboratory in 2013, Tijuana Waterkeeper has been monitoring a few locations, from the US/Mexico border extending down the coastline of Baja California, on a weekly basis.

“It has helped us work with the government,” says Margarita. “Even though they don’t necessarily like it… or us!”

Knowing what the problems are is the only way to solve them. Unfortunately, there are quite a few problems that keep Margarita busy. Many of the threats facing Tijuana are due to its exponential growth. Like many cities, the infrastructure didn’t grow as fast as the population. A surplus of cheap labor has made Tijuana an attractive location for industry. According to Margarita, sometimes the factories treat their discharges, and sometimes they do not. Additionally, migrants from South America travel through Tijuana nearly every day to gain entry to the United States. Many make the crossing, but many end up staying put in Tijuana, which can lead to more sewage and more trash. It can also lead to development and building in improper places as the people who come to Tijuana don’t always have enough money, so they must settle in unsafe places.

“It really struck me how the city had turned its back on the ocean… The people who have money and visas, they go to San Diego or La Jolla when they go to the beach. I wanted to be the voice for all these people who can’t travel to other beaches.”

However, water quality is not the only issue. Water quantity is also an important factor. Tijuana gets all of its water from the Colorado River, which is dangerously over diverted and experiencing historic drought conditions throughout its basin. Margarita believes this alone should be the impetus for rethinking the city’s relationship to water.

“If we are gonna bring the water from so far away, at so much cost, we should be taking better care of it,” says Margaria. “We need better infrastructure and reclamation projects where we can harvest our own water. We need updated pipes and desalination plants. We need to really integrate the management of water so that everyone can have access to clean water.”

Despite all these challenges, Tijuana Waterkeeper remains a well-respected part of the solution. 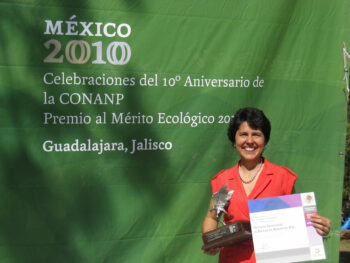 In recognition of their cleanup and monitoring efforts, Margarita received the River Hero Award in 2014. In 2017, she entered the Tijuana Walk of Fame. That same year, she launched an initiative called “Restaurante Amigo del Mar” or Friend of the Sea Restaurant, to encourage the elimination of single-use plastics in the restaurant industry.

Beyond the many accolades, Margarita also has an impeccable reputation built on years of coordinating volunteer events. Many students do their social service with Tijuana Waterkeeper, which gives them the opportunity to learn about the issues for the first time. Many of the adults who reach out to work with Tijuana Waterkeeper did internships with the group when they were younger.

Being a part of Waterkeeper Alliance has also helped her reputation, and perhaps even her safety. It makes Tijuana Waterkeeper something bigger than just one person, or one NGO. It puts the eyes of the entire world on her work.

“It’s been so great to meet other Waterkeepers from all over the world,” says Margarita. “We are no longer just a bunch of fishermen in the U.S.” 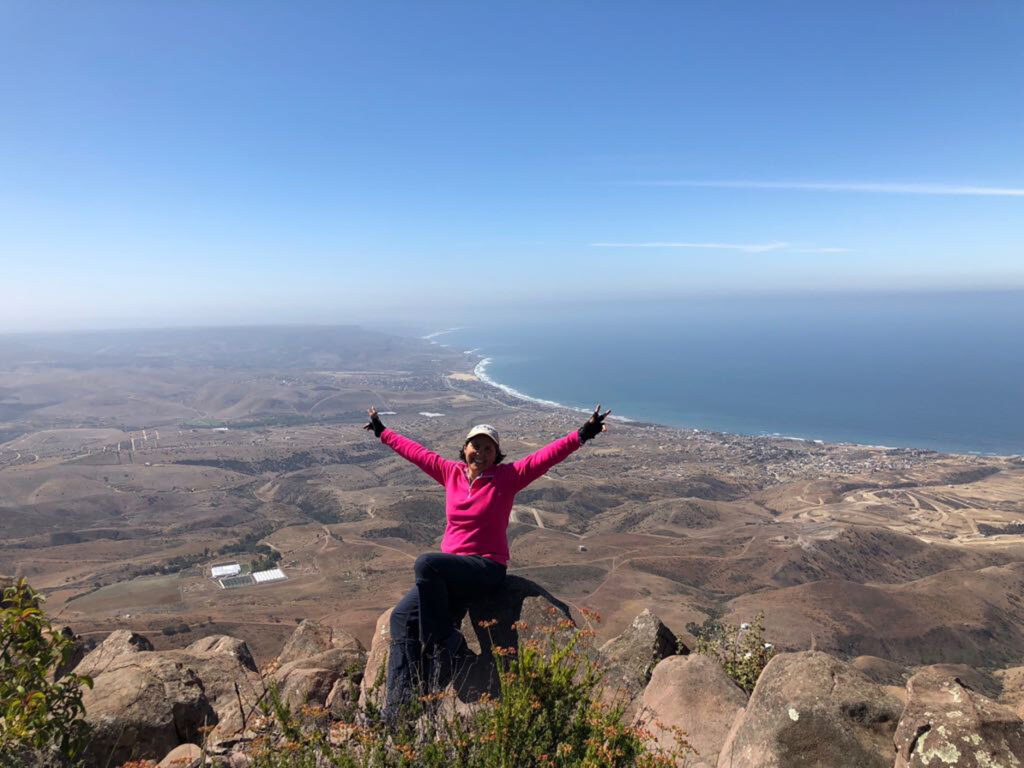