Daru Setyorini is the Brantas River Waterkeeper in Indonesia. She grew up near the river and has many happy childhood memories of swimming and playing in the river with friends. She studied biology at university, where she also met her husband. They both shared a love of activism and together created ECOTON (Ecological Observation and Wetlands Conservation), the non-governmental organization (NGO) that would eventually house Brantas River Waterkeeper. Advocacy is not all the couple shares. They also have three daughters, including ​​Aeshnina, a 14-year-old environmental activist in her own right. Family is what inspires Daru to protect the Brantas River. She wants her children to have the same experiences with the river that she once did.

The Brantas River is located on the island of Java. The river originates in the volcanic mountains of the south and outlets nearly 200 miles downstream in the Madura Strait. A majority of people in the watershed rely on the river for drinking water, which is troubling since the Brantas is one of the most polluted rivers in Asia.

We want a healthy and resilient river so we can all enjoy it. Maintaining this natural resource can provide economic benefits to people and support the development of the next generation.

One of the main threats to the river is plastic pollution. An estimated 85 million pounds of plastic pollution flows from the Brantas River to the sea every single year. Not surprisingly, plastic waste has been found in the river’s fish. To raise awareness and encourage people to stop using single-use plastics, Brants River Waterkeeper created a tunnel made from thousands of pieces of collected plastic waste. It’s an overwhelming sight, in part because it is so similar to what the river regularly endures. 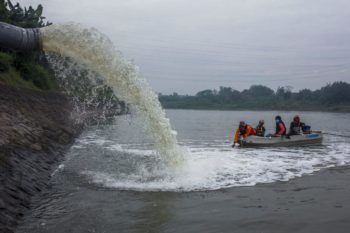 Other threats to the river include domestic solid waste and agricultural runoff, which includes pesticides and fertilizers. Only about a third of the area has access to proper solid waste management systems, leading many people to resort to burning their trash or dumping directly in the river.

Not all of the waterway is degraded. There are still many pristine areas, especially up in the mountains. Daru hopes to keep those unspoiled areas that way. Raising awareness is a big part of that mission.

“Our program connects people downstream with upstream people,” says Daru. “We work all sections of the river, because we know we are all connected upstream and downstream.”

This kind of public education goes a long way, but so too does lawsuits. Brantas River Waterkeeper brought a lawsuit against their local governor in 2011. The resulting settlement required the government to provide funding for wastewater control, increase and strengthen enforcement, and provide new wastewater treatment facilities.

Later that same year, Daru’s husband and partner in advocacy, Prigi Arisandi, won the Goldman Environmental Prize for their work on the Brantas River. And in 2013, Brantas River Waterkeeper received the Kalpataru award from the Indonesian President and Ministry of environment and forestry. The award is given every year to groups who contribute to environmental preservation.

One of Brantas River Waterkeeper’s most successful programs has been the river detectives, where local members of the community are encouraged to report any evidence of pollution they find. This year they organized 40 women into what they call the “river defender women’s group.” They sailed 41 kilometers of the river through four cities and were able to identify 360 dumpsites. 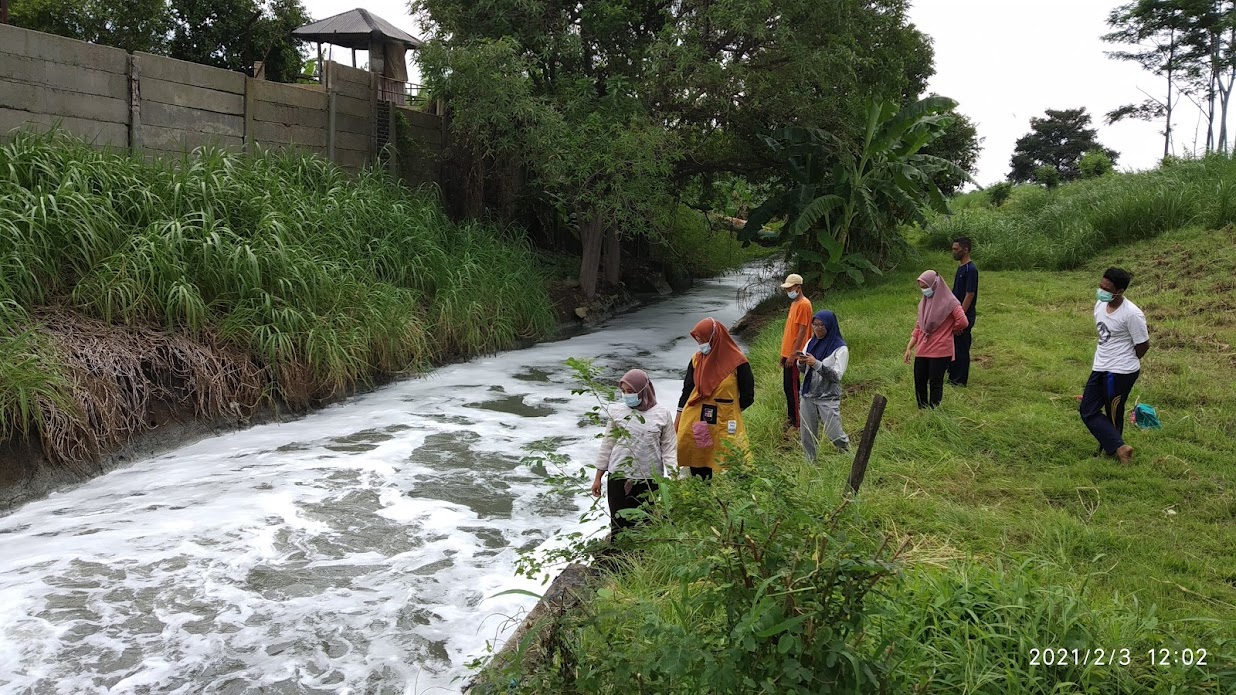 This kind of work benefits the river, but it also benefits the community, particularly the women. Brantas River Waterkeeper is providing access to information, such as biomonitoring and how to identify bioindicators, so they can understand what’s happening to the river and how to protect it. This practice of encouraging students is another example of bringing together upstream and downstream communities.

Daru encourages volunteers to get involved with Brantas River Waterkeeper and join their cleanup campaigns. It can be as easy as reaching out when they find examples of pollution.

Daru practices this kind of outreach herself when she encounters a new problem. It’s one of her favorite things about being a part of the Waterkeeper movement: the access to information and knowledge. It has also helped widen her network which means she can easily learn about what’s happening in other watersheds. Though of course her focus is primarily on her own river.

“We want a healthy and resilient river so we can all enjoy it,” says Daru. “Maintaining this natural resource can provide economic benefits to people and support the development of the next generation.”

No doubt there are three little girls in her house who agree with that sentiment.