The Bay of La Paz in Baja California, Mexico is a stunningly biodiverse body of water situated within the Gulf of California at the southern end of the peninsula. The namesake city, La Paz, is a vital economic hub for the area, supporting the fishing and tourism industries, among others. Incidentally, all of the commercial activity and its related development can have a negative effect on the watershed, and on those same fishing and tourism industries that support the area. It’s a delicate balance. It’s also what makes Alberto Guillén’s role as La Paz Waterkeeper so important.

Alberto Guillén, who also goes by Beto, came to Baja California Sur over 20 years ago to study biology. While a student at the Universidad Autónoma de Baja California Sur, he researched the population dynamics of different marine mammal species. During this time, he has also been a swimming instructor. In both of these experiences, he is involved with the water and with education. He sees education, in particular, as a crucial tool in influencing younger generations to change their behaviors and hopefully take better care of their environment. However, the natural beauty of the water can also be an inspiration.

“The color of its waters, the landscape of its mangroves, the beaches that can be visited any day of the year, the shallow depths that allow activities such as walking, swimming, snorkeling and photography,” says Guillén, describing his watershed.

Despite the beauty of the area, there are still many threats to the health of the water. Climate change brings droughts, flooding, rising sea levels, and ocean acidification. Energy pollution from coal and fracking poses a risk to the area, not to mention the health and wellbeing of the local communities. A multitude of industries spew dangerous chemicals, including PFAS, into the ecosystem, which is only made worse by a lack of enforcement. There is also municipal waste, stormwater pollution, and habitat loss. In short, there is a lot for Guillén and La Paz Waterkeeper to do to keep this area safe.

“These are the main beaches in the city of La Paz, one of the most emblematic of the state and in recent years they have been the most visited beaches, so they require greater vigilance and their visitors need to have information to make good use of it.”

A tactic that Guillén and La Paz Waterkeeper employ to achieve this is monitoring and surveillance. The goal is to collect data that can be standardized, analyzed, and ultimately transformed into actionable information that benefits not only the wellbeing of the watershed, but also the economic wellbeing of the community. The hope is that this data can be used to create conservation laws, while also supporting government and law enforcement. 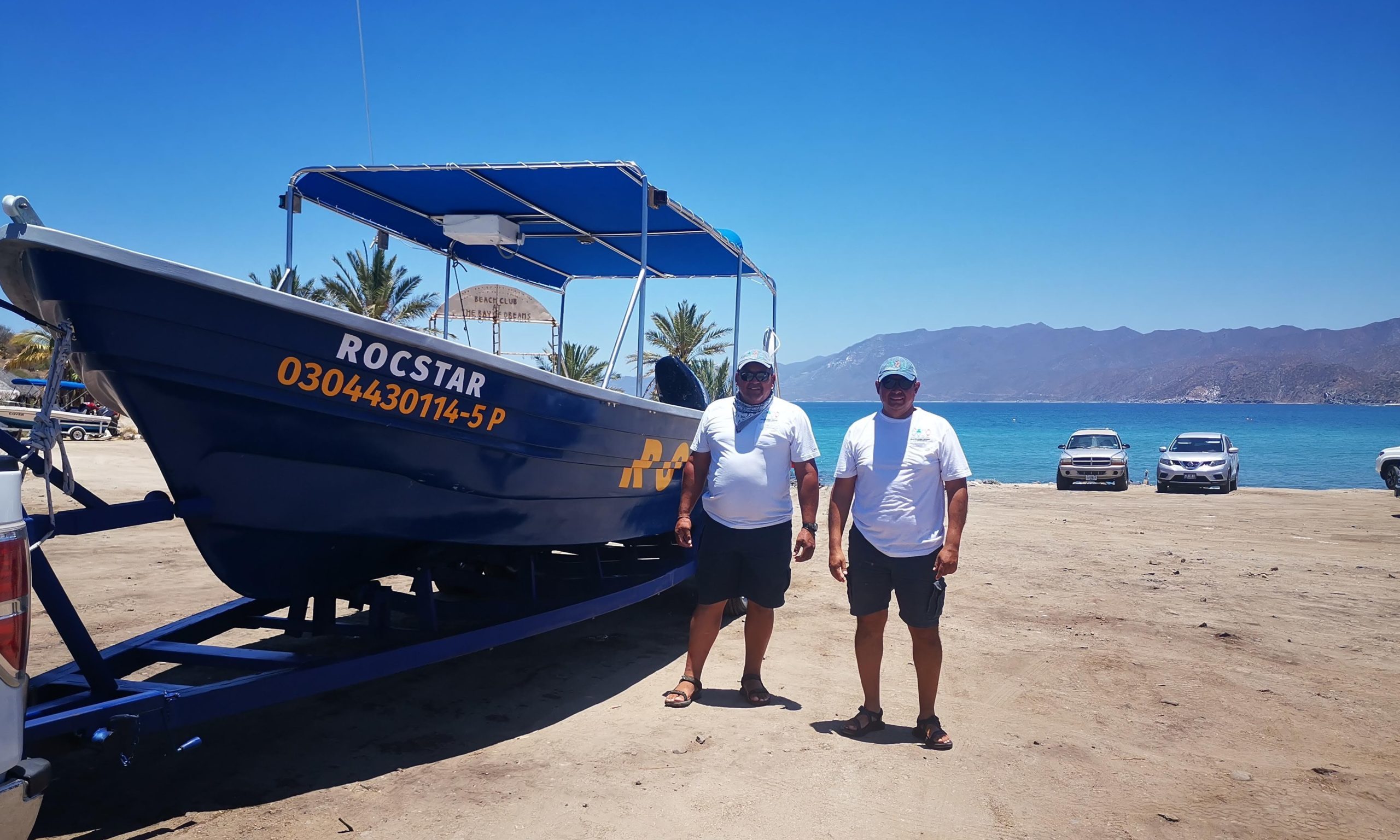 “These are the main beaches in the city of La Paz, one of the most emblematic of the state and in recent years they have been the most visited beaches, so they require greater vigilance and their visitors need to have information to make good use of it,” says Guillén.

But, there is more than just the beautiful beaches. The area also includes the Espírito Santo Archipelago Marine Zone National Park and the Balandra Flora and Fauna Protection Area. There are countless species that rely on this unique ecosystem being clean and healthy. It’s daunting work, but it’s by no means impossible. Guillén credits his affiliation with Waterkeeper Alliance with being able to fulfill this mission. 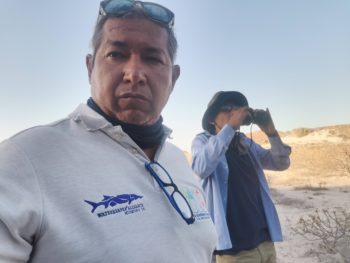 “Being a Waterkeeper has helped me to have a presence in the city of La Paz, and to know that an international alliance supports us, and allows us to be recognized as a group that can give true information about the quality of water in our town,” says Guillén. “It has given me the opportunity to belong to an international group of people concerned about the bodies of water in our localities and take action to care for, defend and preserve them.”