Waterkeeper Alliance to Appear in The Visionaries Series on PBS - Waterkeeper

Waterkeeper Alliance to Appear in The Visionaries Series on PBS 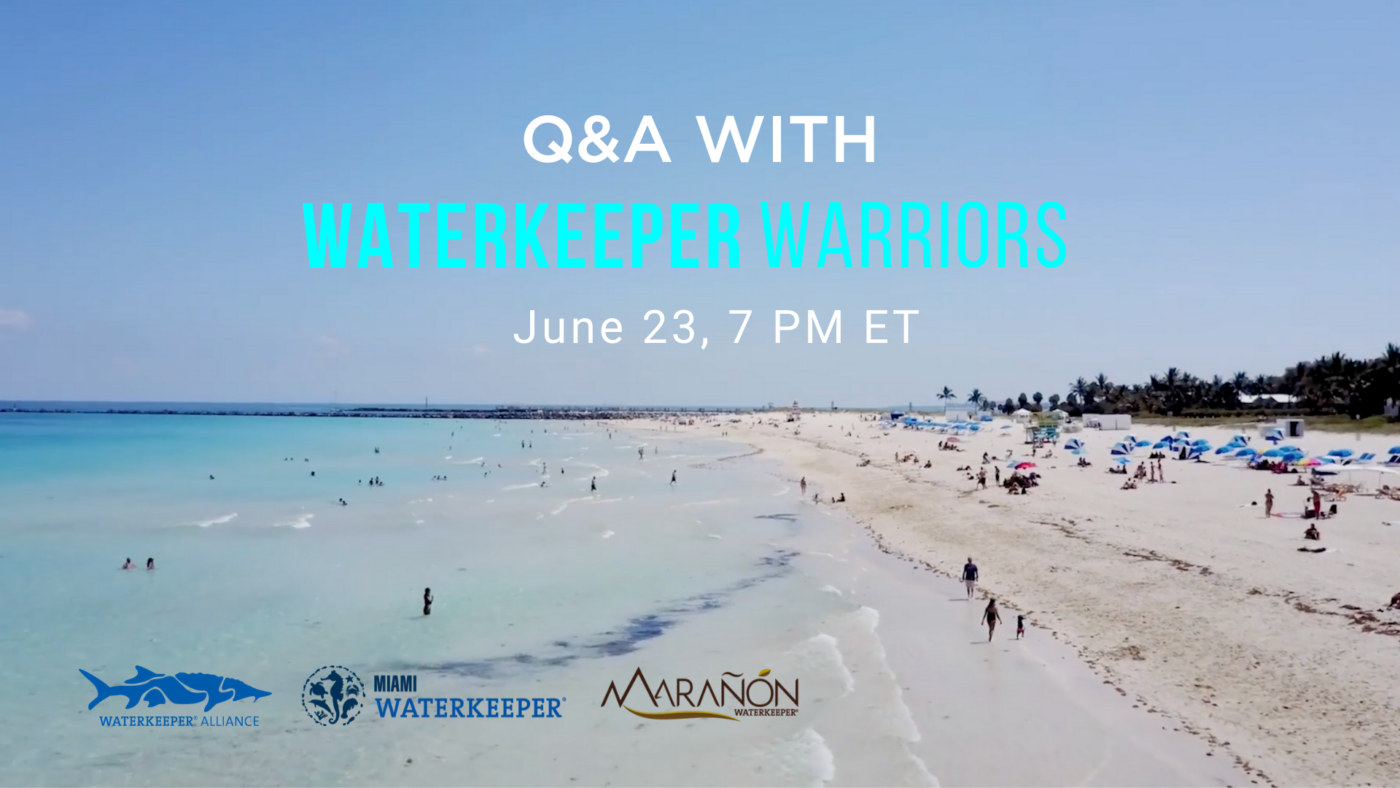 Waterkeeper Alliance will be profiled in the upcoming season of The Visionaries, the award-winning public television series hosted by acclaimed actor Sam Waterston of Netflix’s Grace and Frankie and formerly of HBO’s The Newsroom and NBC’s Law & Order. The Visionaries will begin airing on PBS stations across the country in the summer of 2020.

At a time when our water is threatened and when hard-fought protection for water is under assault, Waterkeeper Alliance has an effective model for action. The episode features the work of two ordinary citizens—Miami Waterkeeper Rachel Silverstein and Marañón Waterkeeper Bruno Monteferri—who courageously work full-time patrolling waters, holding polluters accountable, strengthening legal protection, and raising public awareness about threats to local water to increase pressure for action.

“I believe that the central idea of The Visionaries—doing what you can about huge, intractable problems—is an idea worth encouraging,” said actor Sam Waterston, the host of the series.

“In normal times, half the developing world’s hospital beds are filled with people suffering from diseases caused by contaminated water,” said Marc Yaggi, executive director of Waterkeeper Alliance. “Preventing such illnesses by preserving clean water is more important now than ever.”

“We are dealing with existential water crises all around us, from facing rising seas to saving the last of our coral reefs,” said Rachel Silverstein, Miami Waterkeeper. “I’m so grateful to have an incredible team fighting alongside me to protect these vital resources.”

“The Marañon is the main source of the Amazon river and is one of the five big rivers that connect the Andes with the Peruvian Amazon,” said Bruno Monteferri, Marañón Waterkeeper. “We are still able to stop this river from being dammed and dredged. Visionaries showcases the magnificence of the Marañón Canyon and gives us the opportunity to share our fight to protect the river and the people that depend on it.”

PBS stations across the country will air the 12-part documentary series focused on nonprofit and public service organizations from around the world. Now in its 24th season, The Visionaries will highlight the topic of watershed protection by showcasing the work of Waterkeeper Alliance, a global network of more than 300 Waterkeeper groups fighting for drinkable, fishable, swimmable water in over 45 countries. The Waterkeeper Alliance episode will be broadcasted starting July 9.

Jody Santos, Senior Producer at The Visionaries said, “COVID-19 has helped illustrate some of the stark inequalities our world faces and, more than ever, the critical role nonprofits play in addressing these inequities. Whether it’s fighting for clean water or access to healthcare, the organizations we’re profiling in Season 24 are working to build a stronger, more just society in which no one gets left behind.”