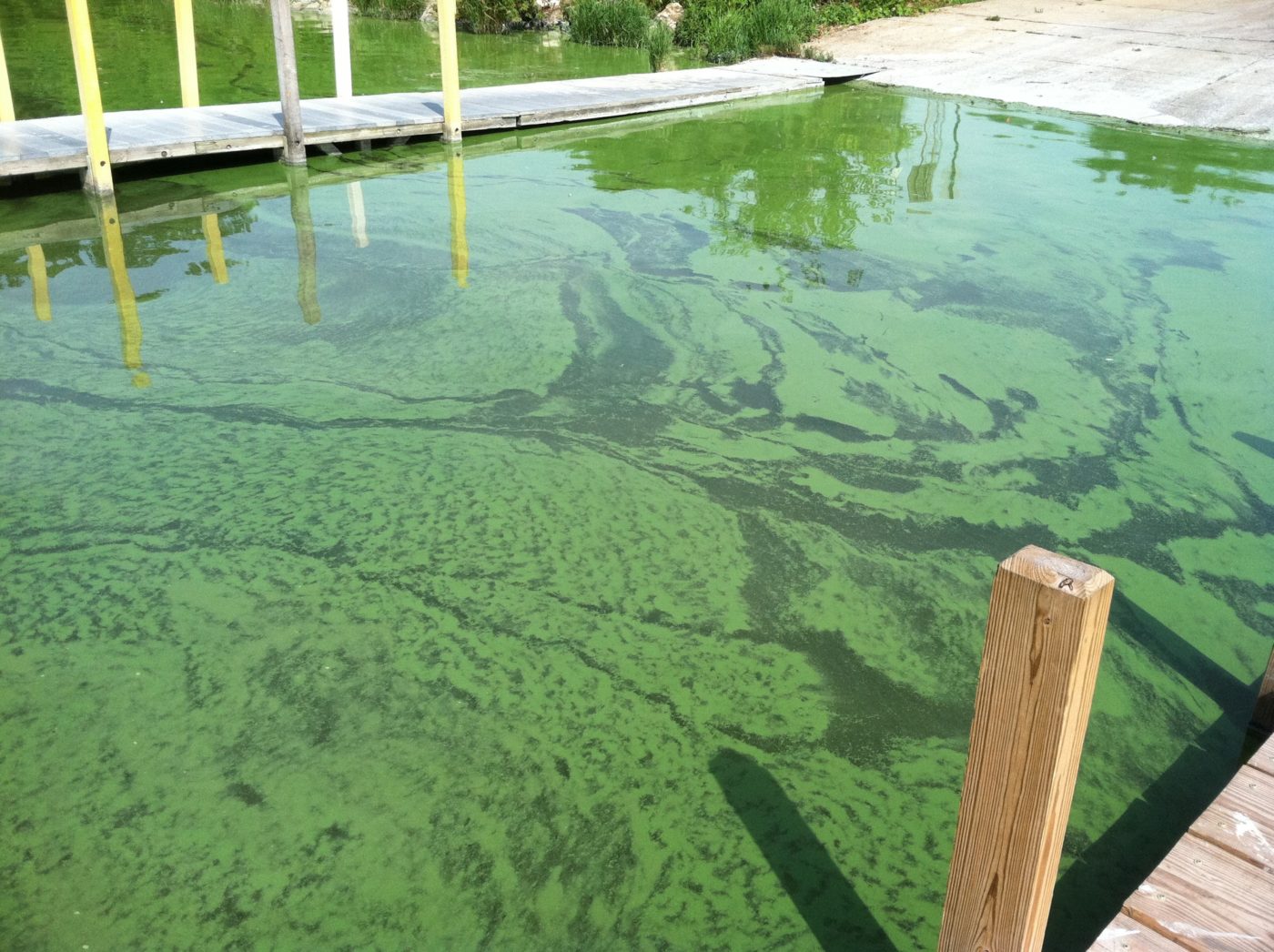 Our waterways are being smothered and poisoned by toxic, green slime. All around the U.S., runaway algae growth caused by water pollution is threatening ecosystems, as well as people’s health and livelihood. While algae are often naturally occurring and an important part of many aquatic ecosystems, some pollutants can lead to an eruption of algae growth in a waterway, called a “harmful algal bloom.”

These algal blooms are not just unsightly — they kill aquatic organisms, threaten public health, and can have devastating impacts on local and regional economies. Harmful algal blooms use up all the oxygen in the water, causing mass die-offs of fish and other aquatic organisms. Some types of algae also produce toxins that make the water dangerous for people and pets, and can shut down drinking water supplies for entire cities.

The pollutants that cause these harmful algal blooms are generally referred to as “nutrients”—mainly nitrogen and phosphorus—which are natural substances and essential to plant growth. However, the irresponsible disposal of animal and human waste, as well as the overapplication of fertilizer, can cause dangerously high levels of nitrogen and phosphorus in waterways —acting as a “super-food” for algae.

Harmful algal blooms are a worldwide issue and are expected to worsen with warming waters caused by climate change. In the United States, many Waterkeeper Organizations and Affiliates are working to stop the release of pollutants that cause these blooms. In urban areas, the pollutants often come from outdated sewage treatment systems and inadequate control of stormwater. In more rural areas, the biggest source of nutrient pollution is industrialized agriculture—especially from the waste created by concentrated animal feeding operations—but faulty septic tanks and irresponsible fertilizer application can also cause nutrient pollution in waterways.

Currently, Florida’s Lake Okeechobee and its surrounding waterways are experiencing a hazardous algal bloom. “This massive and toxic cyanobacteria (blue-green algae) bloom occupying more than 400,000 acres in Lake Okeechobee, the Caloosahatchee, and St. Lucie Rivers, is the culmination of a systemic policy failure by Florida government to effectively fund nutrient regulatory programs and restore impaired waters over many years,” said John Cassini, Calusa Waterkeeper. “Most importantly, public health has been put at risk due to a delayed and fragmented response by Florida agencies vested with protecting its residents from environmental toxins.”

In addition to posing a health risk, this bloom is hurting Florida’s economy. Harmful algal blooms around the nation cause more than $80 million in economic losses a year. In Florida, there is a clear connection between property values and water quality and every harmful algal bloom causes tremendous economic damage to the tourism, boating, and fishing industries.

Very often, harmful algal blooms are caused by the federal and state government failures to adequately regulate releases of nutrients into waterways. Congress has taken a small step towards trying to address this issue—in 2017, the Senate passed the “Harmful Algal Blooms and Hypoxia Research and Control Amendments Act of 2017,” which would promote the study of these blooms and their causes. However, this bill has stalled in the House of Representatives.

This week, please call your Representatives and tell them that you want to see action on harmful algal blooms. You can use these points to guide your conversation:

Note: If you know any specific information about harmful algal blooms and their causes in your area, please include that in your conversation!