Searching for the world’s only freshwater porpoise - Waterkeeper

Searching for the world’s only freshwater porpoise 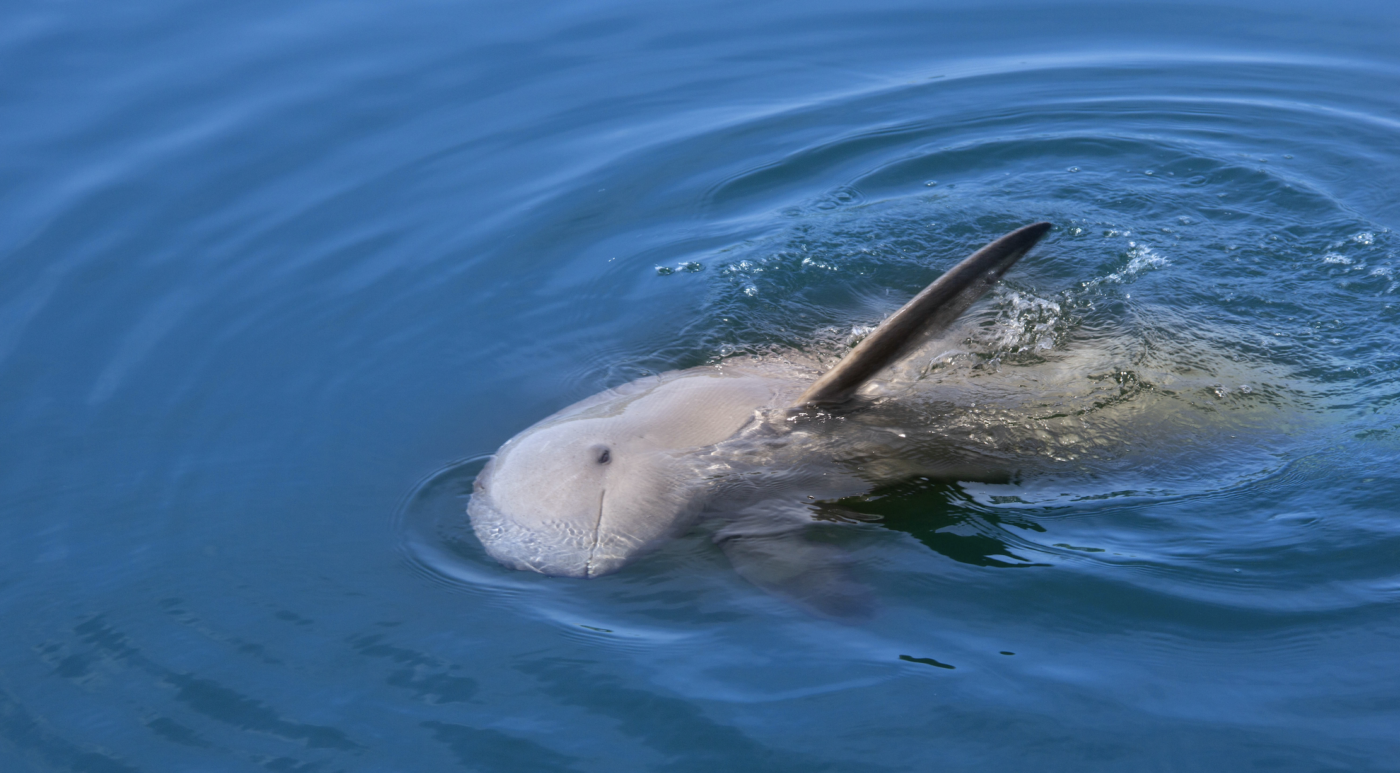 As the motorboat skims across the surface, Dongting Lake lake stretches infinitely in front of our eyes – no matter how fast we go, it feels as though we’ve barely made a dent in the lake’s vast and ocean-like waters. Our boat zig-zags past clumps of water hyacinth and half-submerged prickly bushes, pieces of seasonal wetlands that are exposed during the low water season. What are we looking for, exactly? The elusive finless porpoise. It’s the only freshwater porpoise in the world — and seemingly impossible to find in this incomprehensively massive lake, especially given the fact that there are only a little over 1,000 of these porpoises in the entirety of the Yangtze River basin, and only around 100 in Dongting Lake. Although the finless porpoise population has been making a recovery in recent years due to new protection measures — and, for now, they appear to have escaped the fate of their functionally extinct cousin, the Yangtze River dolphin — there is still much work that needs to be done to bring the population to healthy and stable numbers.

With only about 100 finless porpoises in the endless expanse of the lake, looking for one feels like searching for a needle in a haystack — unless you’ve got Dongting Lake Waterkeeper in the boat with you. Founder Mr. He and his son, Dongshun, have spent years patrolling and protecting the lake, searching for everything from fish traps set during the breeding season to night-time electrofishing, from illegal waste dumping to ancient ceramics buried in the mud exposed during the lake’s dry season. Dongting Lake is their backyard, and the regular schedule of the few local finless porpoises is etched into their mind. We have a “90 percent chance” of seeing one, says Dongshun — and these odds seem absolutely impossible to me given the sheer size of this lake. But, sure enough, about an hour into our trip, the porpoises emerge in the wake of our motorboat.

At first I’m concerned that our motorboat is disturbing them — then I notice them playing in the surf generated by the boat’s motor. They disappear under the surface then pop back up, suddenly, in the tiny waves behind us, then vanish again, then return, seemingly enthralled by this playground of waves that emerged out of nowhere in the flat and quiet expanse of the lake. Mr. He drives the boat around and around in circles, the porpoises play in the wake, and we watch. The photos and videos are gritty, shaky, blurry, the porpoises look like tiny pinheads lost in the endless swirling waters behind our boat. Some things, a camera just can’t capture.

But the sight of the porpoises suddenly emerging after an hour of scanning the horizon is imprinted in our minds. We are thrilled that this beautiful and mysterious creature could survive despite the degrading water quality and overfishing that nearly chased it to extinction, and excited for the possibilities that the future holds as China continues to work to reverse the environmental damages of its past. As our boat finally makes its return to the banks of the lake, we are filled with a sense of hope that this lake can be restored — and Dongting Lake Waterkeeper will keep on fighting until this dream is a reality.