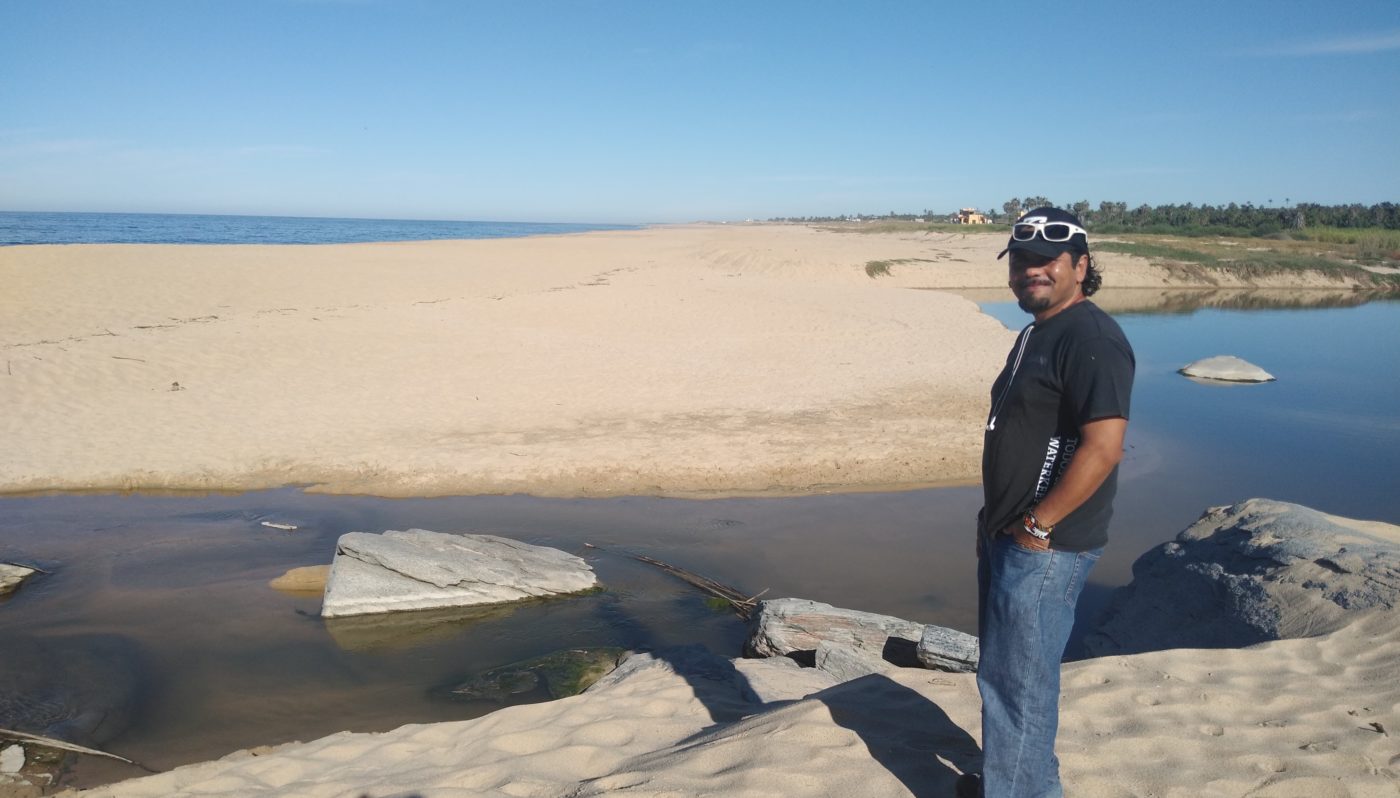 Whenever you go on patrol with a Waterkeeper you learn the most amazing, disgusting things. There’s nothing like the smell of raw sewage when a pump-station has stopped working and the sewage overflows into a lagoon that drains to the beach, all surrounded by the most expensive houses in town. That’s just one of the disgusting things I got to see (and smell!) on patrol with Roger.

Here’s a list of the many other environmental problems in Todos Santos:

With all of these problems to deal with, why on earth is Roger always smiling?

It might be because although Todos Santos is increasingly being featured as a trendy travel destination in splashy American publications, the area is a wonderful, still somewhat authentic, local community with a thriving arts and music scene that tourists and many expats come to love and appreciate.

It might also be because Roger is making a real difference — he’s helped stop a gold mine in his watershed, has made a consequential difference in the plastics problem, and — of all of the problems that Mexico has — Todos Santos is still small enough that Roger feels like he can actually help to protect the community and its environment.

And here’s one more reason Roger smiles — he loves to surf, and his watershed includes Los Cerritos Beach, a great surfing spot as well as other surfing spots.

Like every Waterkeeper I know and have had the great pleasure to meet and go on patrol with across our planet, Roger is an educated, professional, passionate caretaker for his watershed who could be doing a lot of other things with his time. With his college degree in international development and his experience working for the National Outdoor Leadership School, Roger could have moved back to one of Mexico’s cities and gotten a good-paying job in an office. In fact, Roger grew up in Mexico City – where he was in the Boy Scouts – and could easily make his way back there.

But when I asked about this, he sternly told me point-blank: “I want to be in nature, not in an office.”

Instead, Roger built a self-sufficient house northeast of Todos Santos where he raises his son and works another job while he serves as the Todos Santos Waterkeeper. Roger talks passionately about supporting local and organic agriculture, sustainable living, and getting children and the public out in nature to learn and appreciate it. And Roger loves to be outside — being outside is what Todos Santos is all about.

Todos Santos Waterkeeper is on Facebook as the “Guardianes de Acaragui”, the spiritual home of the indigenous peoples for which Roger named his group: https://www.facebook.com/guardianesdeacaragui/

Todos Santos is an easy 1-hour drive north of Cabo San Lucas which is an easy 2- to 4-hour flight from almost every U.S. city. If you go to Todos Santos, you might see Roger patrolling his watershed as he races around on his motorcycle, the seat of which is embroidered with a “Todos Santos Waterkeeper” logo. If you catch a glimpse of him, you will also see his smile, and most likely, you will be smiling too.

******
Gary Wockner, PhD, directs the Save The Colorado River campaign, serves on the Board of Waterkeeper Alliance, and travels the world writing about protecting our delicate and beautiful planet. Twitter: @GaryWockner