Local Efforts to Reduce, Reuse, and Recycle in Vietnam - Waterkeeper

Local Efforts to Reduce, Reuse, and Recycle in Vietnam 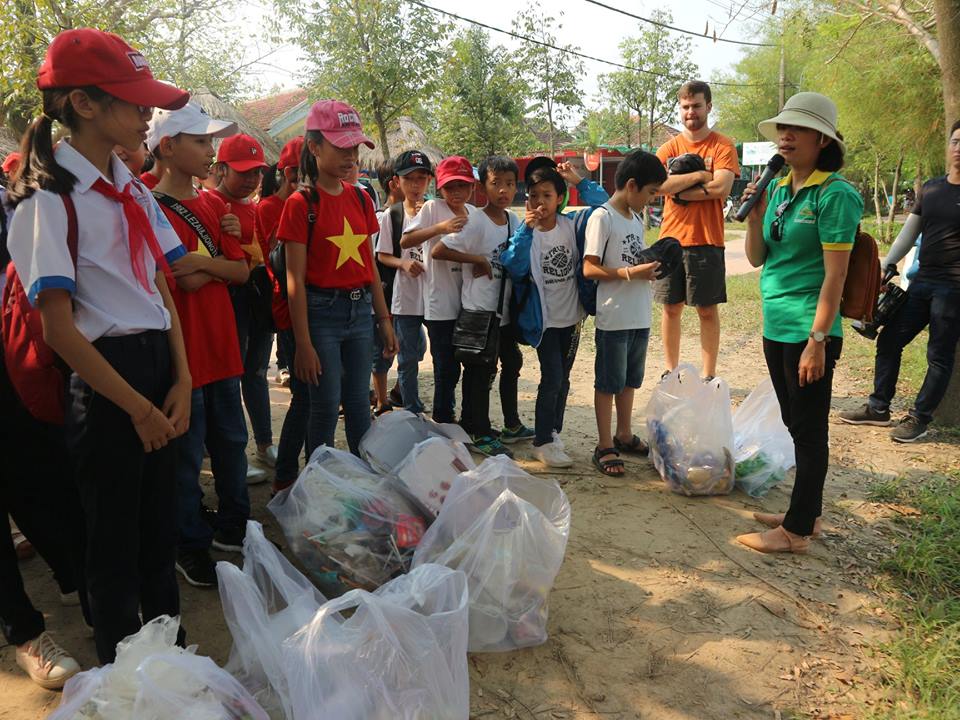 By the Centre for Social Research and Development, parent organization to Huong River Waterkeeper

Plastic pollution in our oceans is a major global problem which needs support and action from international, national, and local communities. Every year, some 8 million metric tons of plastic end up in our oceans, which is equivalent to five grocery bags filled with plastic for every foot of coastline in the world. Plastic debris kills an estimated 100,000 marine mammals every year, as well as millions of birds and fish. Plastic is particularly harmful to the environment because it takes so long to biodegrade—between 450 and 1,000 years according to some estimates.

Hue City in Thừa Thiên-Huế, Vietnam contributes to this global problem. It produces nearly 20 tons of plastic waste every day, some of which makes its way into the Huong (Perfume) River and on into the sea.

Thừa Thiên-Huế Province has prepared a Master Plan with a vision for 2050 to manage its solid waste management, but it will require coordinated and committed action across the whole community to achieve its vision. A project created by the Centre for Social Research and Development (CSRD) contributes to that vision by promoting the 3Rs—reduce, reuse, recycle—by introducing waste separation at selected local schools through public involvement in the 5 percent reduction target.

In 2018 CSRD, home to Huong River Waterkeeper, secured a grant for this project from the Municipal Recycling Waste Management Program of USAID. We would conduct a range of activities including the 3Rs model in six local schools. We set up source separation systems at each of the schools and, after training students on the impact of plastic waste and how to separate their waste, collected 1.6 tons of recyclables in the first six months. The students then sold the recyclables for money to support their environmental protection clubs.

About 5,000 students benefitted from this program, which concluded in June of this year. CSRD hopes to continue the 3Rs in local schools to meet local need for these programs.

The goal of this project has been to reduce and recycle plastic waste in and around Hue City, which will be achieved through three linked projects that have impacts on plastic waste in the city, on the river, and at the coast—at the source, in transit, and at the destination. The waste separation at local schools, completed in June, focused on waste at the source.

Part two of our project will stop waste in on the river, as it is in transit to the coast, its final destination. We are working to introduce floating ‘litter traps’ to Vietnam. These litter traps are installed at bends in a waterway so that floating litter is caught in the trap and emptied when full. They can make a notable contribution to the reduction in plastic pollution before it reaches the sea. The final stage in this project will be to conduct beach cleanups to remove plastic pollution from the coast. We will focus on cleanups in a low-income coastal village where litter accumulates on the shore of the beach or the lagoon, especially in the summer months.

Learn more about the work of CSRD and donate to support our efforts at www.csrd.vn.