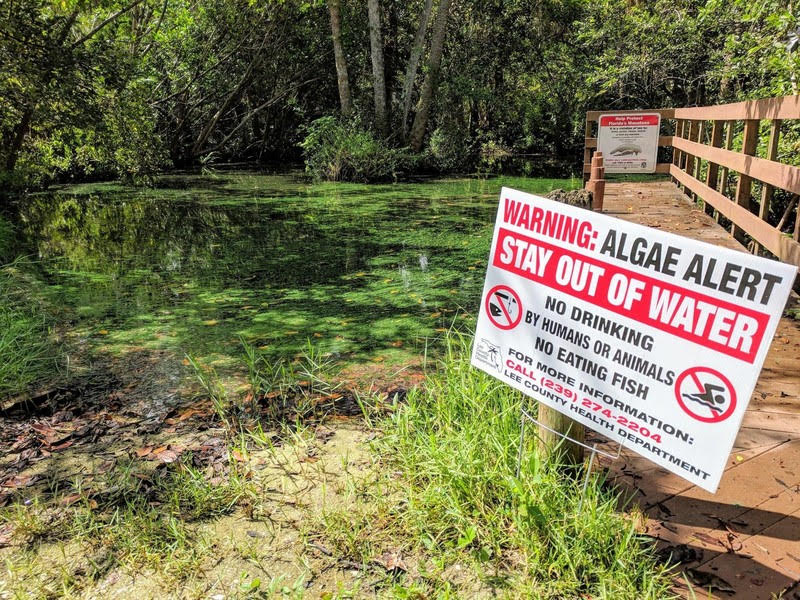 Today’s lawsuit, filed in the Southern District of Florida, challenges the U.S. Army Corps of Engineers’ refusal to address the harms to human health and wildlife like sea turtles and Florida manatees from the lake’s toxic, nutrient-rich discharges into the Caloosahatchee and St. Lucie rivers and their estuaries.

After receiving the conservation groups’ notice of intent to sue in December 2018, the Corps requested informal consultation with the U.S. Fish and Wildlife Service and National Marine Fisheries Service. But the agencies have still not engaged in the formal, legally binding consultation required by the Endangered Species Act — the only process sure to lead to improved protections for wildlife.

When the agencies last consulted, they did not evaluate impacts from harmful algae blooms on protected species. In requesting informal consultation, the Corps provided only outdated information — pre-dating 2007 — and otherwise claimed that it “does not have any information” suggesting that lake’s discharges may affect listed species in a manner not previously considered.

Earlier this year the Corps announced it is beginning the process for updating and replacing the current discharge schedule for the lake. However, the agency has repeatedly stated that it will operate under the outdated existing schedule until the Herbert Hoover Dike repairs, which it hopes will be completed in 2022. The dike repairs are already nearly a decade behind schedule, and there’s no certainty the new 2022 target will be met.

“Four more summers without relevant change to the Lake Schedule will further extend the damage to listed species, and jeopardize public health and the coastal economy while we continue struggling with recovery,” said John Cassani, Calusa Waterkeeper.

“The Army Corps’ foot-dragging jeopardizes Florida’s economy and its world-renowned waterways, while imperiling five species of endangered majestic sea turtles, as well as the only known pupping grounds of the federally endangered smalltooth sawfish, and a key warm-water refuge for the federally threatened Florida manatee,” said Marc Yaggi, executive director of Waterkeeper Alliance. “We are suing to force the Corps to fulfill its obligations and protect Florida’s rivers, coasts, and wildlife.”

Past analyses of the Corps’ schedule for discharges from the lake failed to consider the long-term impacts of high-volume discharges beyond three years, discounted the effects of harmful algae blooms, and did not consider habitat impacts triggered by climate change.

The discharges likely help drive the catastrophic red tide algae blooms that choked Florida’s coasts in 2018 and appear to be making a comeback. It is well documented that the current schedule for discharges from the lake harms the Caloosahatchee and St. Lucie rivers, their estuaries and marine animals.