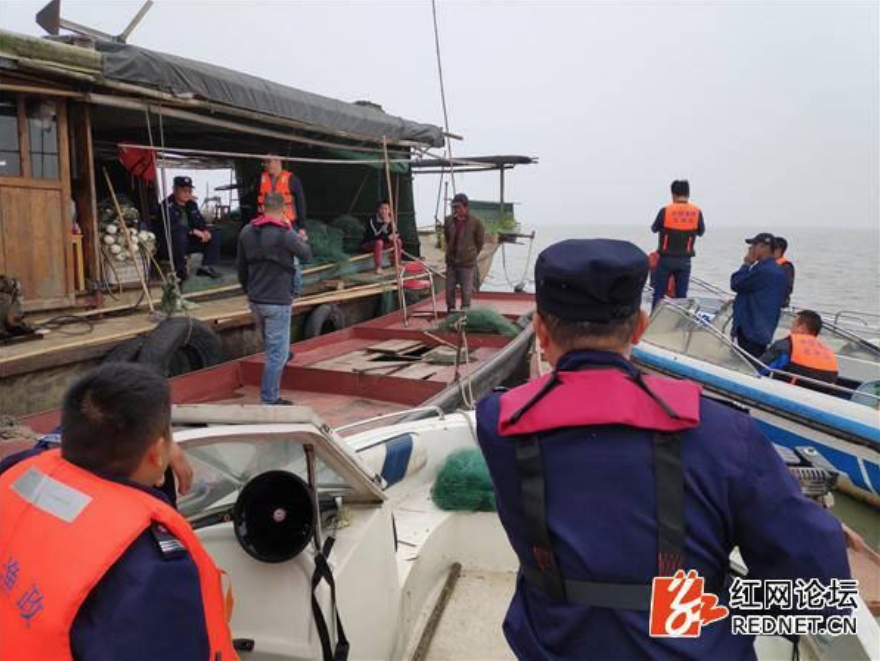 China’s second-largest freshwater lake has a citizen-led group of advocates devoted to it. They patrol Dongting Lake day and night to protect its ecological integrity. This group, the Yueyang East Dongting Ecological Protection Association (YEDEPA), was founded by DaMing He, the Dongting Lake Waterkeeper and chairman of the association.

On April 22, 2019, while on patrol in the “mouse tail” area of Yueyang County and the waters of Hongqi Lake, there appeared to be no fishing vessels in the seemingly boundless waters. This is not typical, and at first, I thought that the fishery administration station that manages this section of the lake must be very powerful.

However, as we approached shallower waters, it became more and more apparent that something was amiss. We found bamboo poles of varying heights protruding secretly from the water’s surface.

DaMing He said that there is something unusual going on here and went to investigate. Before reaching the location of the bamboo poles, the propellor of Mr. He’s motorboat became entangled in a net trap suspended in the water. 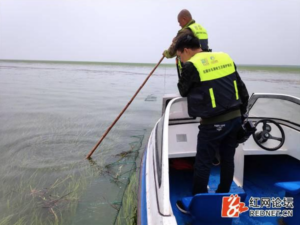 Chairman He grew up alongside Dongting Lake and is a third-generation fisherman. He could tell that these net traps had just been emptied, most likely by illegal fishermen in the middle of the night. 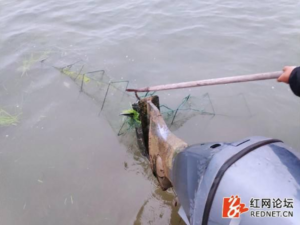 Though the net traps had been put in place recently, as soon as a fish was taken out, a new fish would become ensnared almost instantly.

We had to get out of this maze of nets, but the speedboat was in a difficult position. Any direction we went, the propeller would get firmly stuck, and no amount of shaking would get it out. Citizen-led Lake Chief Dongshun He and volunteer Cheng Sun worked tirelessly to pick up and move nets away, opening a path for the speedboat to exit. 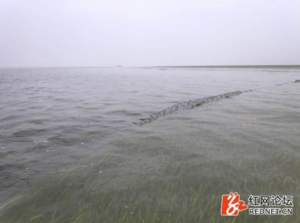 April was prime breeding season for the fish, and right in the middle of the spring fishing ban. Areas with flourishing seaweed, like the area we were in, are a perfect breeding ground—and a gold mine for illegal fishing.

“It looks like this place doesn’t follow the usual rules for preserving fish populations,” said DaMing He. “How could there be such a huge mess of net traps in the midst of the spring fishing ban?”

Our team reported this situation to the Yueyang Municipal Fishery Law Enforcement Brigade. After hearing Mr. He’s report, the brigade leader, Mr. Zuo Gang, decided to team up with the ecological protection association. The next morning, they implemented their joint action plan.

At 2 AM on April 23, the citizen-led Lake Chiefs of the YEDEPA set off together with the Yueyang City Fishery Law Enforcement Brigade to launch a special night-time illegal fishing crackdown operation. 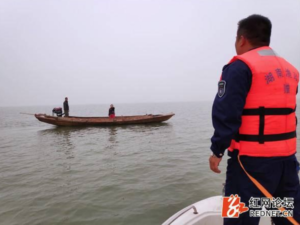 After a night of patrol and close observation, the team didn’t make any discoveries; it was only on the next day that we discovered fishermen secretly collecting their nets.

They captured two illegal fishing vessels, which contained four fishermen in total and confiscated various illegal fishing tools and catch. Because there were simply too many net traps set, brigade leader Mr. Gang called the deputy director of the Yueyang County Fishery Bureau, Haibo Li, who managed that section of the lake. 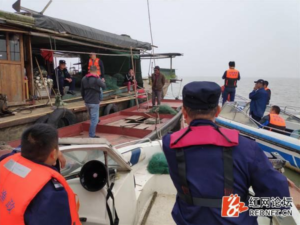 From March to July—the extent of the fishing ban—YEDEPA has increased collaboration with the Fishery Administration Department to strengthen the fight against illegal fishing activities.