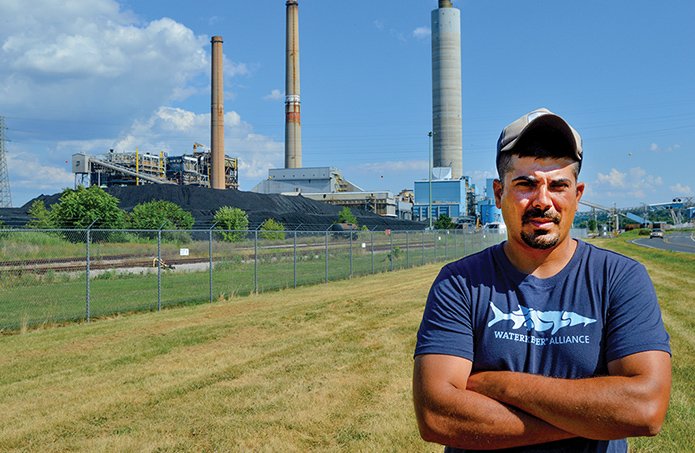 The consent decree requires Talen Energy, owner of the Brunner Island Generating Station in York Haven, to close and excavate one ash pond, monitor and address leakage of pollutants from other waste sites, pay a $1 million civil penalty, and contribute an additional $100,000 to fund supplemental projects to reduce local water pollution, according to the agreement.

The Environmental Integrity Project represented the Lower Susquehanna Riverkeeper Association, Waterkeeper Alliance, and PennEnvironment in an August 28, 2018, notice of intent to sue Talen Energy for violating the Clean Water Act, which triggered the involvement of the Pennsylvania Department of Environmental Protection (DEP) to reach today’s settlement agreement.

Mary Greene, Deputy Director of the Environmental Integrity Project, said: “We are proud to have been able to reach an amicable settlement that will promote transparency, accountability, and, most importantly, environmental protection. Talen Energy deserves credit for stepping up to the plate and agreeing to measures that should significantly reduce pollution.”

“This enforcement action is one of historic proportions, since it’s the largest penalty ever assessed at a coal ash pollution site in Pennsylvania history,” said David Masur, Executive Director of PennEnvironment. “We are glad to see DEP working with citizen groups to reach this important settlement for the good of the Commonwealth.”

Larissa Liebmann, Waterkeeper Alliance attorney, said: “We hope more coal plants nationwide will follow this example. It is imperative to our nation’s waterways and communities that industry not only excavate leaking coal ash basins but take additional measures to protect public health and the environment.”

The consent decree, being filed today in the U.S. District Court for the Middle District of Pennsylvania in Harrisburg, requires Talen Energy to undertake significant and costly actions at multiple coal ash disposal areas, including addressing seeps, evaluating local water quality, and ensuring that any discharge fully complies with the Clean Water Act.

The Brunner Island coal-fired power plant, which opened in 1961, creates 442,000 tons of ash and other coal combustion wastes annually. In 2016, the plant added the capacity to burn natural gas in addition to coal, but its owners have indicated the facility will continue to burn coal for the next decade.

For years, the company has disposed of coal ash waste in seven unlined ponds and a lined landfill that cover a combined 367 acres on an island bordered on the east the Susquehanna River and on the west by tributaries called Black Gut Creek and by Conewago Creek.

Because most of the ash sites are often saturated with groundwater and lack liners to prevent leakage, pollutants – including arsenic (a carcinogen), boron (which can cause nausea and vomiting), and lithium have been seeping into groundwater, the Susquehanna River, and Black Gut Creek, according to the groups’ August 2018 notice.

Six of the plant’s waste sites are now closed. However, the power company continues to dispose of ash in its lined landfill (which has also been leaking) and in an unlined ash pond called Ash Basin 6.

The consent decree requires Talen Energy to close Ash Basin 6 by June 1, 2019, and excavate all waste from the site by December 31, 2031. Talen must also submit a plan to Pennsylvania regulators that ensures the landfill’s liner and leachate collection system is working and that any leakage is directed to the plant’s wastewater plant and properly treated so that it complies with permitted pollution limits.

The agreement also directs the power company to monitor and address seepage from the other closed ash sites.

The settlement resolves claims raised in both the August 2018 notice and a September 7, 2018, appeal by the environmental groups of DEP’s Brunner Island Plant water discharge permit, which was renewed by the state on July 27, 2018.

All of the monitoring reports and other documentation required by the consent decree will be available on the Pennsylvania Department of Environmental Protection website.