Gathering together for Earth Day, if only online, is more important than ever - Waterkeeper

Gathering together for Earth Day, if only online, is more important than ever 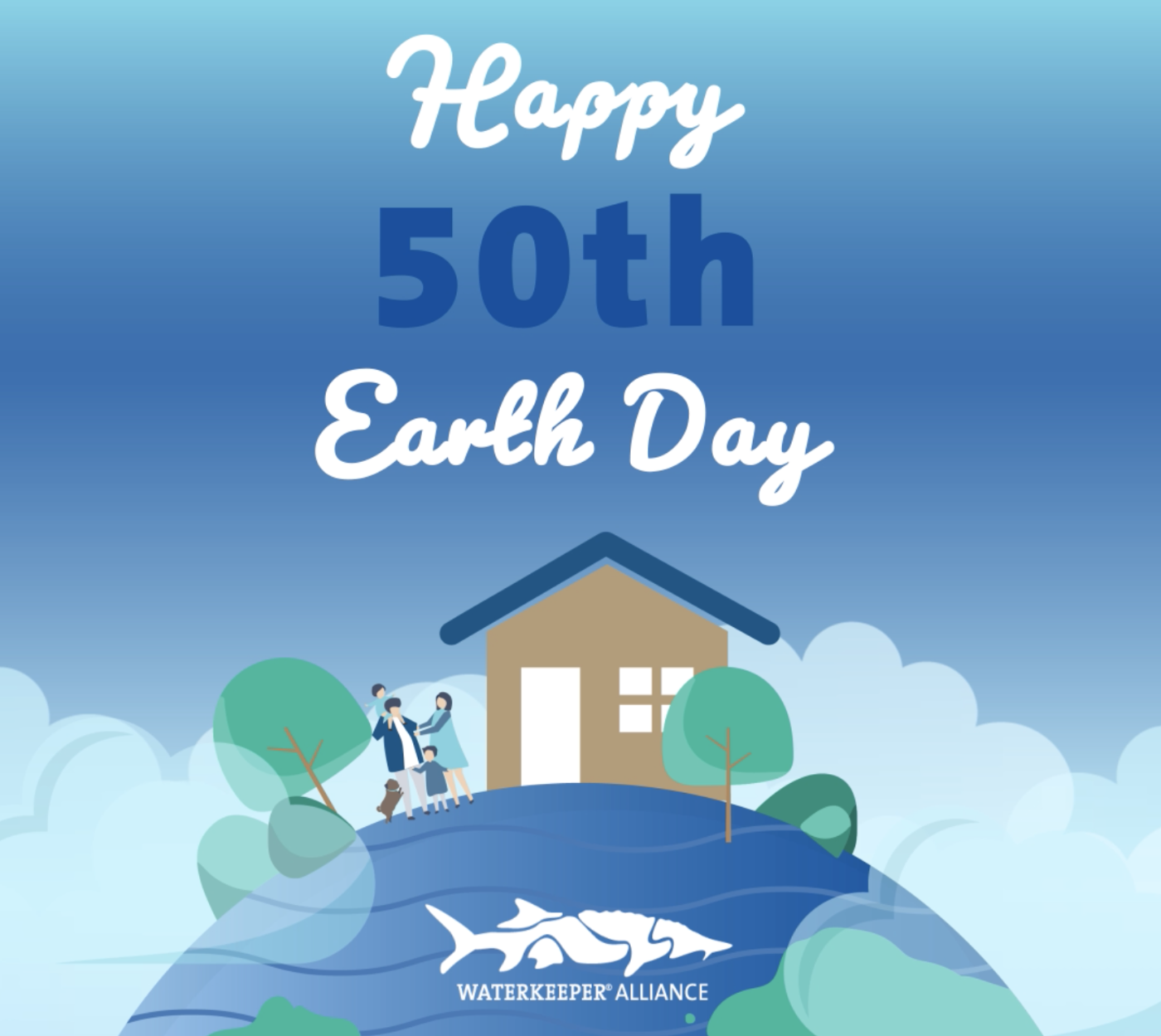 When the first Earth Day was celebrated 50 years ago, campuses around the country were erupting in protest over the Vietnam War. Detroit, Newark, Los Angeles, Chicago and other cities around the United States were trying to rebuild from the violent unrest of the prior five years, unrest that had left scores dead.

Over 20 million Americans participated that day.  And, within a few short years, the United States had created the Environmental Protection Agency, and Congress had passed the Clean Air, Clean Water, and Endangered Species Acts.

One area where you can take action: Plastic pollution.

1. Pledge to reduce your own plastic consumption.

I have the resources to protect our rivers and oceans. I know one person can make a difference, and that’s why I pledge to avoid single-use plastics for the month of May, and as many single-use plastic products as possible from now on. I’m strong enough to carry a reusable water bottle, a straw, a coffee cup, utensils, or a reusable bag.

I can do this, and I’m starting today!

2. Ask your Members of Congress to support new legislation that will address many critical issues related to plastic pollution.

We received a grant last year from the National Geographic Society to help fund a partnership with seven Waterkeepers from five continents, as well as leading researchers from the Commonwealth Scientific and Industrial Research Organisation. The local Waterkeepers will categorize and trace the movement of plastic pollution, and we’ll work together to produce quality toolkits for Waterkeeper groups worldwide so they can design effective, data-based pollution prevention plans that work in our diverse geographic, socioeconomic, and political contexts.