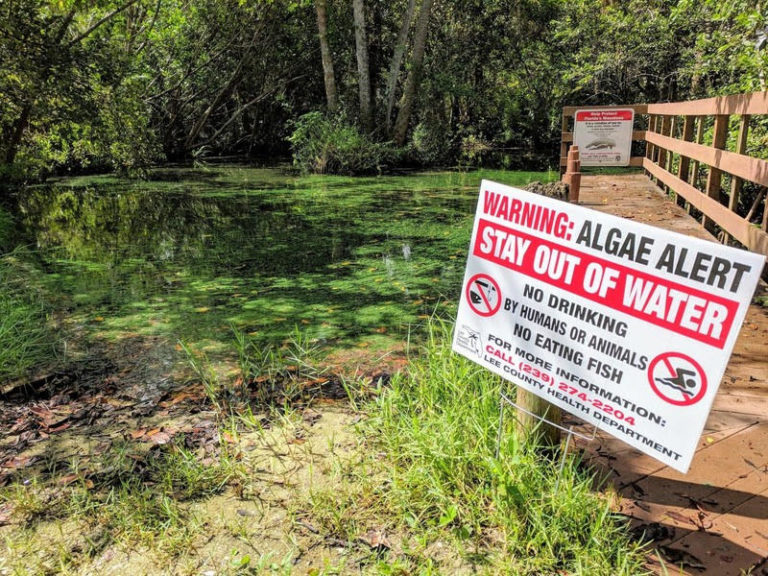 The groups are calling on the Florida Department of Environmental Protection to establish legal limits for cyanotoxins that pose severe health risks to people and wildlife. The standards will help notify the public when blooms are dangerous and contribute to long-term planning to curtail the factors that contribute to the outbreaks.

“We can’t protect people and wildlife from these chronic algal blooms unless we draw a line in the sand to clarify what’s safe and what’s not,” said Jason Totoiu, an attorney at the Center for Biological Diversity. “As someone who grew up wade-fishing the Indian River Lagoon, I know it’s critical for the state to address this dangerous, disgusting problem. Our communities have suffered more than a decade of government inaction. We deserve better.”

In May the Center, Sanibel-Captiva Conservation Foundation and Calusa Waterkeeper petitioned the state to adopt pollution limits for the algae cyanotoxins, which are linked to liver disease and neurodegenerative risks in people.

The state’s Department of Environmental Protection responded that it will consider establishing criteria during its triennial review, which is currently underway. The state could be the first to establish water-quality criteria to protect swimmers, boaters, and anglers from recreational exposure to cyanotoxins.

Florida’s lakes, rivers, springs, and estuaries have some of the nation’s worst algal blooms. They cost local economies hundreds of millions of dollars. The blooms stem from nutrient pollution from domestic, industrial and agricultural wastes, and are worsened by climate change and shortsighted water-management decisions. For example, the U.S. Army Corps of Engineers routinely discharges algae-laden water from Lake Okeechobee into the Caloosahatchee and St. Lucie rivers and estuaries.

The algae produce the harmful cyanotoxins. People exposed to cyanotoxins — often via polluted water, contaminated seafood, skin exposure or inhalation — may experience health consequences, including a higher risk of liver disease. There’s also growing concern that people and marine mammals exposed to waterborne B-methylamino-L-alanine, derived from cyanotoxins, may have an increased risk of neurodegenerative diseases.

“Sanibel and Captiva islands are beautiful, special places that face a major threat from harmful algal blooms,” said Ryan Orgera of the Sanibel-Captiva Conservation Foundation. “Our way of life is at stake, and our health and wildlife hang in the balance. We need our state to create and enforce common-sense water-quality standards that will protect us and our children and grandchildren.”

The state is accepting public comments on its triennial review of water-quality standards until Nov. 22.