Amazon Waterway: New risks for the river guardians under the pandemic - Waterkeeper

Amazon Waterway: New risks for the river guardians under the pandemic

Deep in the Amazon, the people are “made by the river.” The river provides daily fish, water to drink, water for hygiene; the river allows commerce, transportation, recreation, and spirituality, especially for the Indigenous peoples who inhabit its basin. Precisely in such long rivers as the Amazon, Ucayali, Huallaga and Marañón — with a combined length of 2,687 kilometers (1,699 miles) — the Hidrovia Amazónica, or Amazon Waterway Project (AWP), would be developed, including dredging to increase traffic along the river.

However, since this project could affect biological diversity, water quality, and food security, it has been highly questioned by Indigenous peoples, who demand compliance with prior consultation agreements.

In addition, the project’s environmental impact study received more than 400 observations due to serious technical gaps and, in December 2019, after estimating that key conditions could not be met in time, such as the ecotoxicological studies, the concessionaire abandoned the environmental assessment process altogether. However, Peru’s Ministry of Transport has been carrying out these environmental studies since the project is still active, even if it represents a potential risk.

COVID-19 and other risks

Within the scope of the Amazon Waterway Project there are 424 native communities that rely, now more than ever, on the river to survive, given that access to quality water plays a key role in basic prevention of COVID-19, a disease that worsens the risk status of these already vulnerable people. 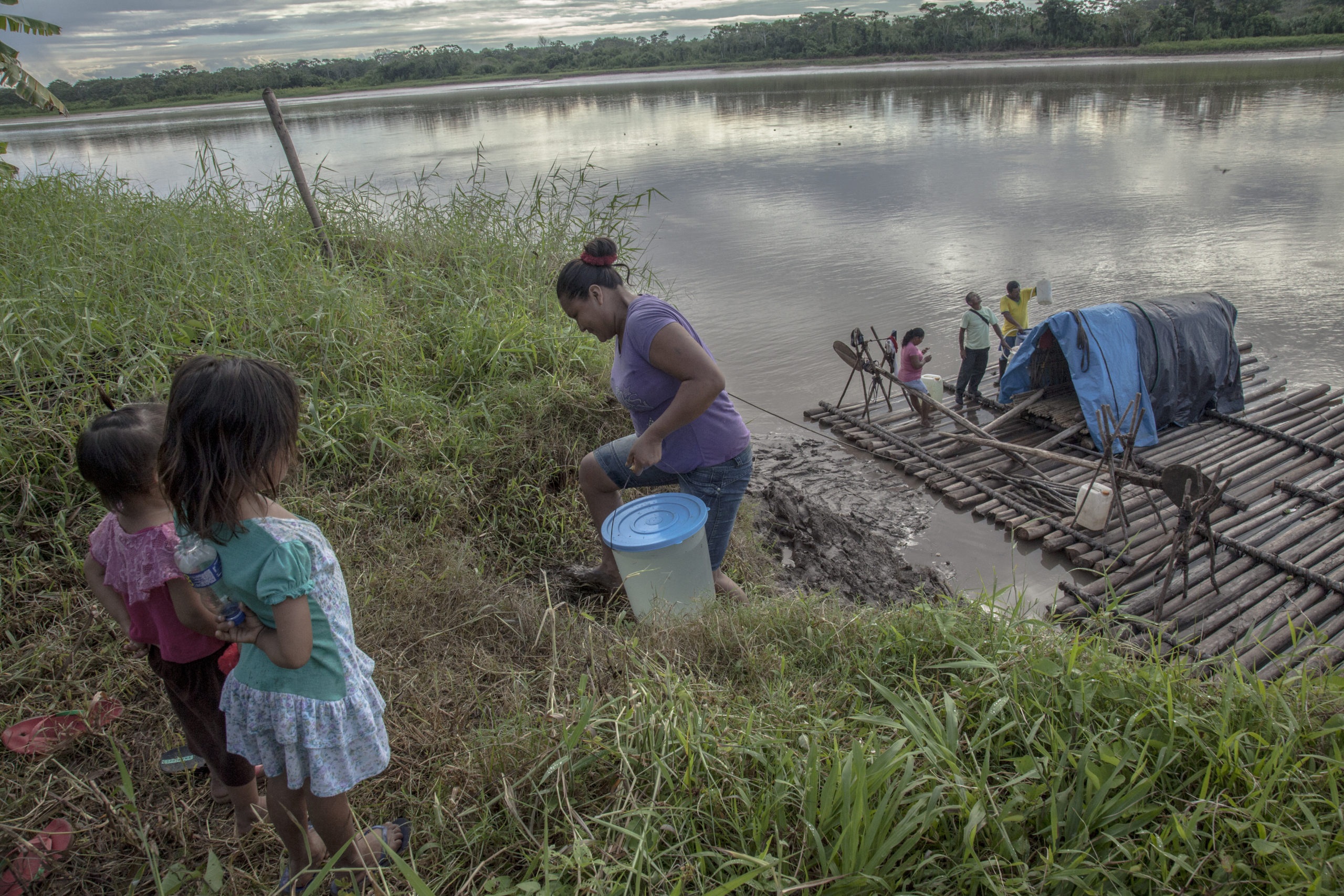 In the regions within the scope of the project, confirmed COVID-19 cases have reached 3,092 in the Loreto region and 1,433 in the Ucayali region as of July 16, according to the latest public reports. At the regional level, cases of infection have been reported in the 14 ethnic groups within the scope of the project, with the highest incidence present in the Achuar, Shipibo, Kichwa, and Kukama Kukamiria ethnic groups.

Given the seriousness of this situation, the representative Indigenous organizations Interethnic Association for the Development of the Peruvian Rainforest (AIDESEP), Organización Regional de los Pueblos Indígenas del Oriente (ORPIO), CORPI and Regional Organization Aidesep Ucayali (ORAU), among others, have declared an emergency and permanent mobilization. They have been requesting urgent support from a government that contradictorily delays its attention while resuming the reactivation of investment projects in hydrocarbons, road infrastructure, and waterways in their territories.

As proof of this, the Peruvian State has insisted on including the Amazon Waterway Project in the first stage of its economic reactivation plan while, at the same time, seeking to weaken important mechanisms that could protect the rivers and their advocates.

On the one hand, Peru’s ratification of the Escazú Agreement has been put into the eye of the storm. A strong trend of disinformation seeks to discredit what would become the first Latin American agreement in pursuit of environmental justice, information, participation, and protection of environmental advocates. Peru must overcome the doubts that are being generated around this agreement and ratify it in favor of environmental defenders.

Likewise, the Peruvian government proposed undertaking virtual, prior consultation processes with Indigenous peoples as a way to “unblock” investment projects. The major technological gaps faced by communities would not allow this format to work, violating this Indigenous right defined in the ILO Convention 169, that allows Indigenous peoples to participate in decision-making that may affect their rights, through a process of direct dialogue between the State and representative organizations of Indigenous peoples, which concludes with an Act with the agreements of the process. Although the outright rejection expressed by the Indigenous peoples caused the government to back down, the idea of virtual consultation has not been ruled out in the context of the economic recovery. 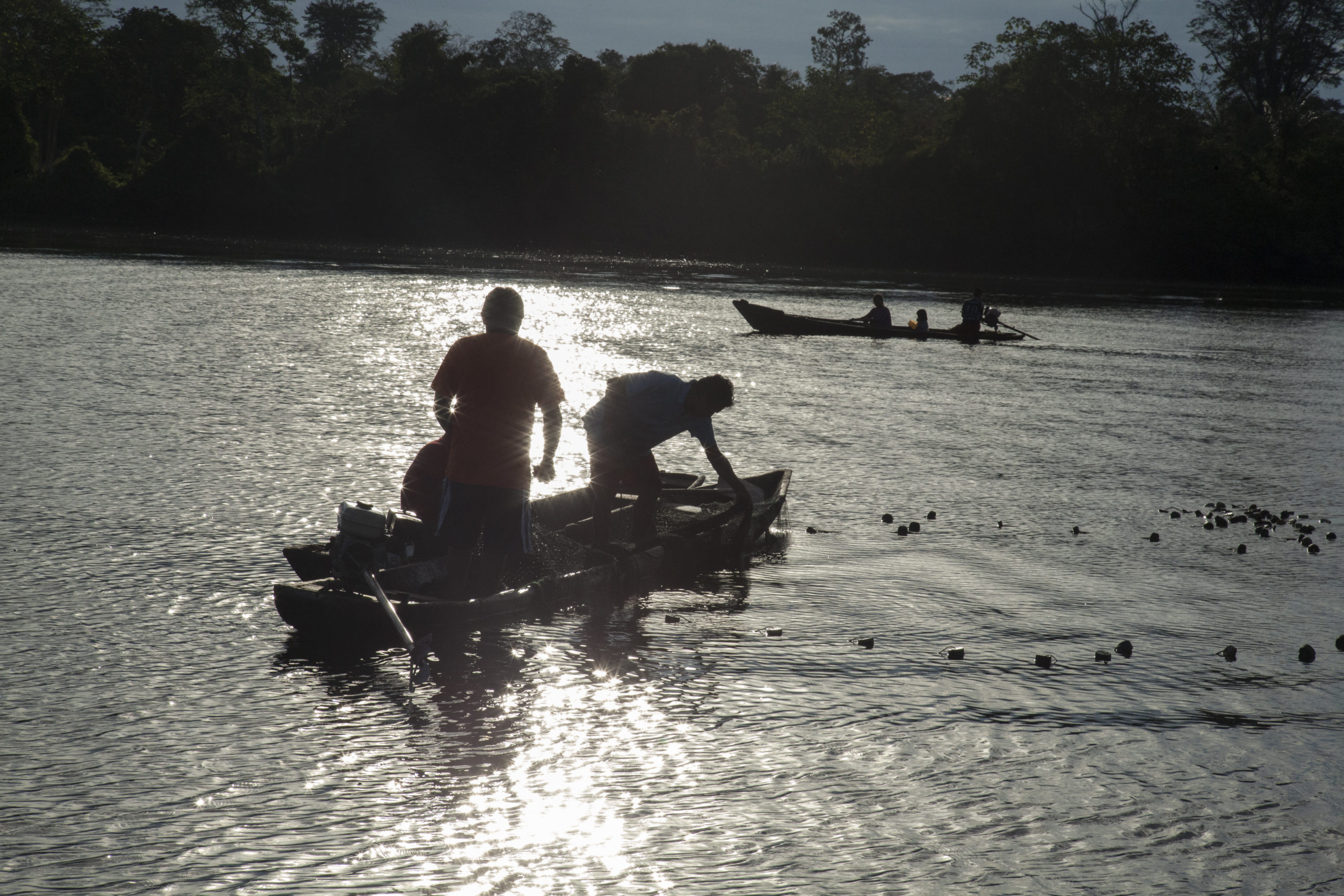 Far from rekindling threats for the Amazon rivers and their defenders, the current context should drive us to prioritize life and health. Indigenous communities deserve an economic recovery process that does not trample their rights, and an approach to infrastructure that incorporates their needs. This project does neither. And it would only make life worse for the already struggling people of the Peruvian Amazon.