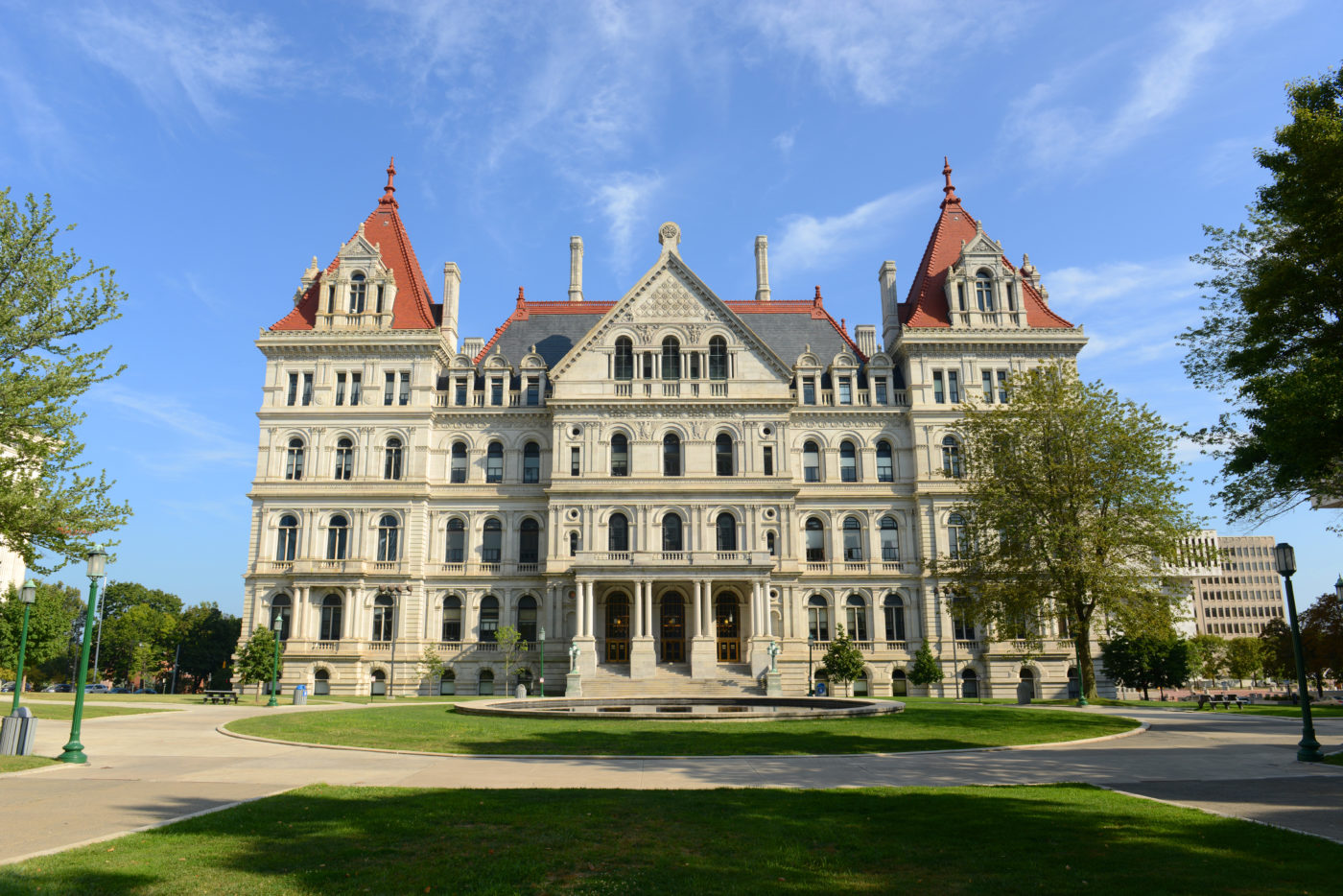 There is good news for clean water and the environment to report from Albany, even as New York State continues to grapple with an unprecedented health crisis.

Investments in the environment and climate preparedness were made today by our state leadership that not only improve our quality of life but also will support good-paying jobs for years to come. Legislators approved a $3 billion Restore Mother Nature environmental bond act, $500 million in clean water infrastructure funding, continued support for the $300 million Environmental Protection Fund, a permanent fracking ban and a statewide ban on polystyrene in food service packaging and packing peanuts.

$3 billion Restore Mother Nature Bond Act. Perhaps, the biggest victory for nature and New Yorkers in this budget is the inclusion of a $3 billion environmental bond act that will appear on the back side of your ballot on November 3. In late 2019 Governor Cuomo proposed an environmental bond act to fund habitat restoration and climate preparedness projects that not only will help New York weather the next superstorm and ever-increasing floods, but do so with nature-based solutions at its core. Early last month, Riverkeeper organized a sign-on letter with 122 organizations and trade groups urging state leaders to include the bond act in their final budget agreement.

The Restore Mother Nature bond act contains a lot to love for restoring rivers, wetlands, and floodplains in addition to funds for coastal resiliency projects. If approved by voters, fish and wildlife will also benefit greatly as projects are funded. Dam removal, culvert rightsizing and habitat connectivity are core components of the bond act. The New York Times recently reported that over 2,000 dams exist across the Hudson Valley, many blocking the passage of iconic fish such as the river herring and eel from reaching their historic upstream spawning grounds in the tributaries. Removing dams and widening culverts takes funding and if Riverkeeper, NYSDEC and our partners can successfully increase habitat for species that depend on upstream waters we can then give decimated species a fighting chance to increase their populations and thrive. These habitat connectivity projects will also prove essential in preventing harmful algal blooms and protecting downstream communities from flood risks.

$500 million Clean Water Infrastructure Act. Water quality in the Hudson River and its tributaries often depends on the capacity and efficacy of the wastewater treatment facilities run by local governments. Cash strapped local governments and public works departments depend on state and federal financial support. In the past few years New York State has made local infrastructure investments made through the Water Infrastructure Improvement Act via the Clean Water Infrastructure Act are the biggest New York State investment in this critical priority in a generation. The governor and the legislature’s firm support for this program during our current fiscal challenges is welcomed and will yield public health benefits for years to come. We appreciate the $500 million addition to this program to address the dire water infrastructure needs across the state.

The investment, on top of existing disbursements, helps address the nearly $80 billion need for water infrastructure investment in New York, the largest in the nation. The lion’s share of the $4.8 billion in documented wastewater projects in the Hudson River Watershed are needed in and around New York Harbor. But we need some $1.4 billion in our watershed upstream of New York City. For example, the 44 municipally-owned wastewater treatment plants that discharge directly into the Hudson River Estuary, rely on at least 1,500 miles of sewer pipe, half of which are over 60 years old.

The continued investment in water infrastructure brings the total appropriation since 2017 to $3.5 billion. Riverkeeper is grateful for this commitment.

$300 million Environmental Protection Fund. Another win this budget season is the continued broad support for a $300 million Environmental Protection Fund — without the proposed unlimited raid to fund agency staff included in Governor Cuomo’s initial budget proposal. The EPF is a capital fund, meaning that it supports real projects on the ground in communities across the state.

Statewide Ban on Polystyrene by January 2022. One item not dependent on funding that the legislature tackled in the budget is the phasing out of polystyrene containers in food service and packing peanuts by January 1, 2022. Riverkeeper has long advocated for this policy at the local level and statewide. New York City has had a ban on polystyrene in food service containers since January 1, 2019. Now the rest of New York State will join in removing this harmful product from our environment.

Styrofoam poses both public health and environmental hazards. This plastic product is a major litter problem because it easily breaks apart into smaller pieces making it extremely difficult to clean up. Styrofoam pollution is found along the shorelines of the Hudson River in significant quantities. The product is also non-biodegradable, therefore persisting in the environment indefinitely. In addition, there currently exists no viable market for Styrofoam recycling. This has led multiple communities and states across the country to ban Styrofoam use.

Now New York State will lead the way with a ban going into effect less than two years from today.

Permanent Fracking Ban. The grassroots movement against fracking is still strong in New York State.  We applaud Governor Cuomo and the legislature for banning fracking permanently in law. In 2015, after a years-long grassroots fight and environmental review process, Governor Cuomo banned high volume hydraulic fracturing by executive order.  This law, now approved in the final budget will protect New Yorkers and our environment from the actions of a future administration.