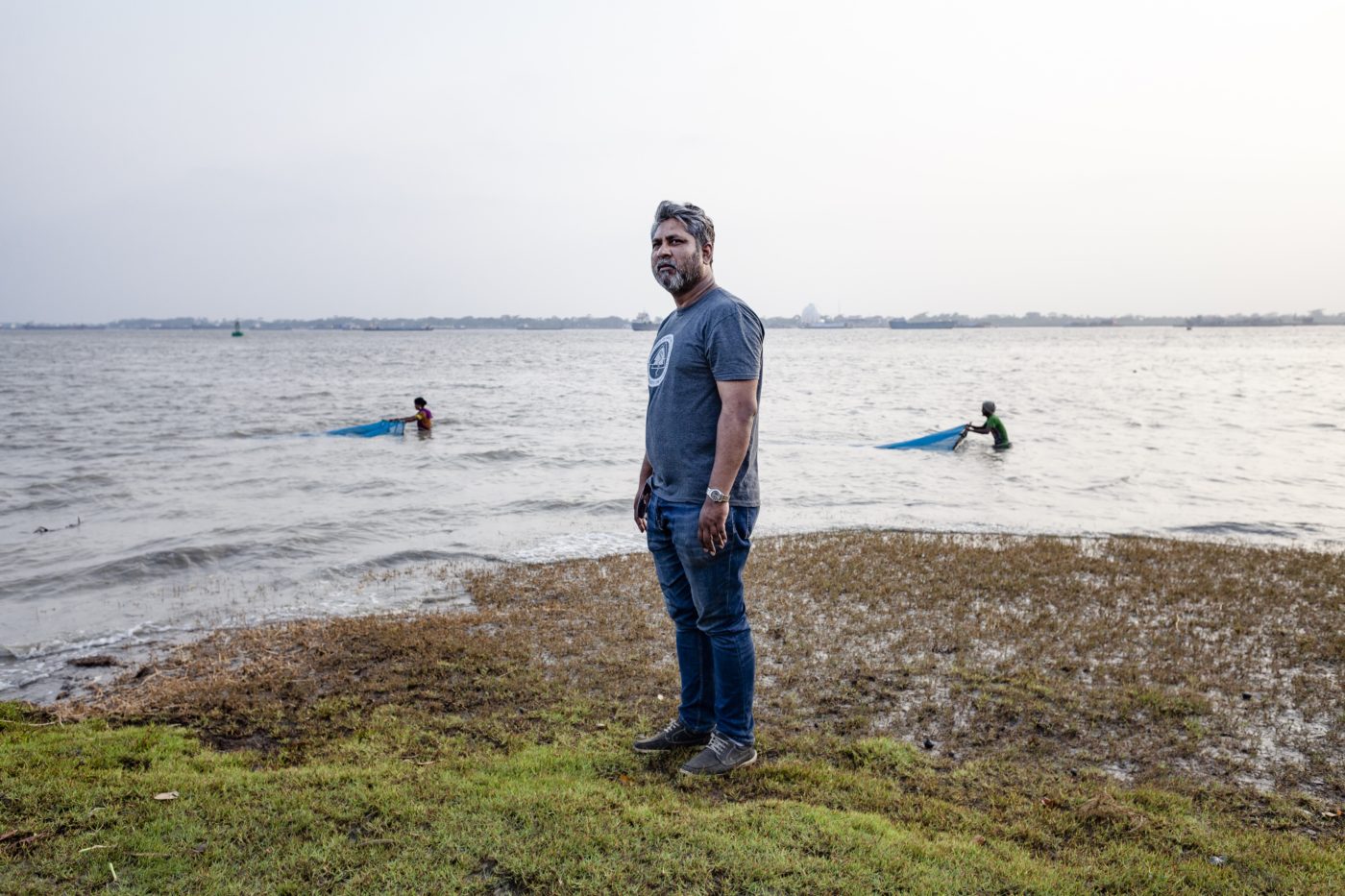 Sharif Jamil is a Waterkeeper Warrior. 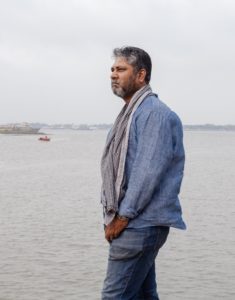 Imagine living in a village where the water is so polluted it actually stinks. It burns your nostrils… a smell you can’t escape. That’s because the water is full of raw waste. It’s undrinkable. Unswimmable. And unacceptable.

This is the reality for villagers in Dhaka, Bangladesh.

There’s no legal recourse for pollution… no government protection for the people… and seemingly, no choice but to live with it. So what do they do? Who do they call?

They call Sharif because he comes right away. He’s not afraid… even though he could be run off the road… kidnapped… or even killed on his way there. It’s risky to take on industry in a rapidly developing nation. But Sharif knows how to fight… and who to fight. He does it every day.

Sharif halts the construction of coal-fired power plants. Forms protests that make front-page news. Meets with government ministers and members of parliament. He wears everyone down. 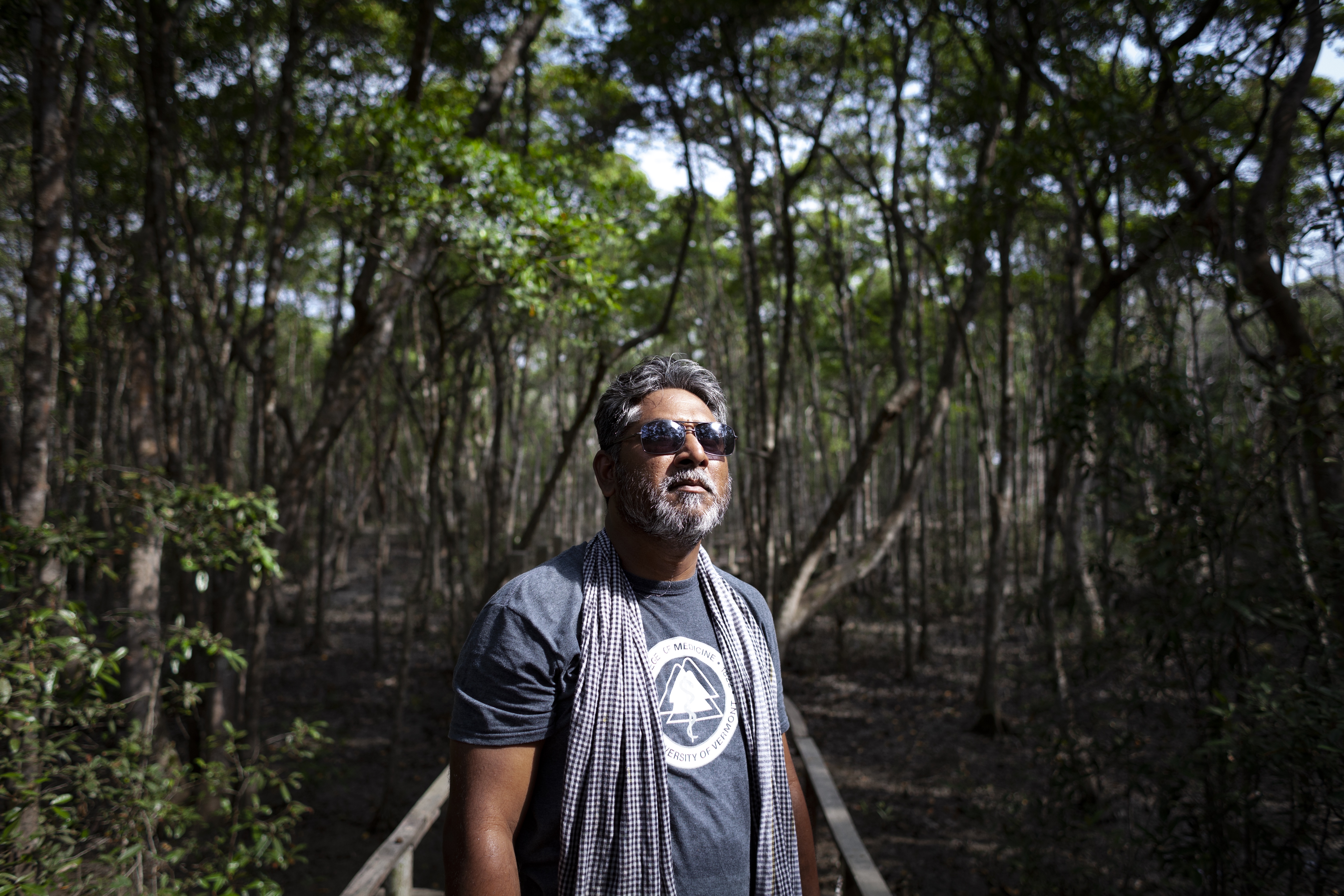 Sharif Jamil, the Buriganga Riverkeeper and head of Waterkeepers Bangladesh, is one of Bangladesh’s most outspoken and impassioned environmental advocates, leading a country-wide campaign to avert an environmental catastrophe for the country’s 165 million people, who are already suffering the effects of climate change and sea-level rise more than any other people on earth.

Learn more about Sharif in the two-part 20th Anniversary edition of Waterkeeper Magazine. 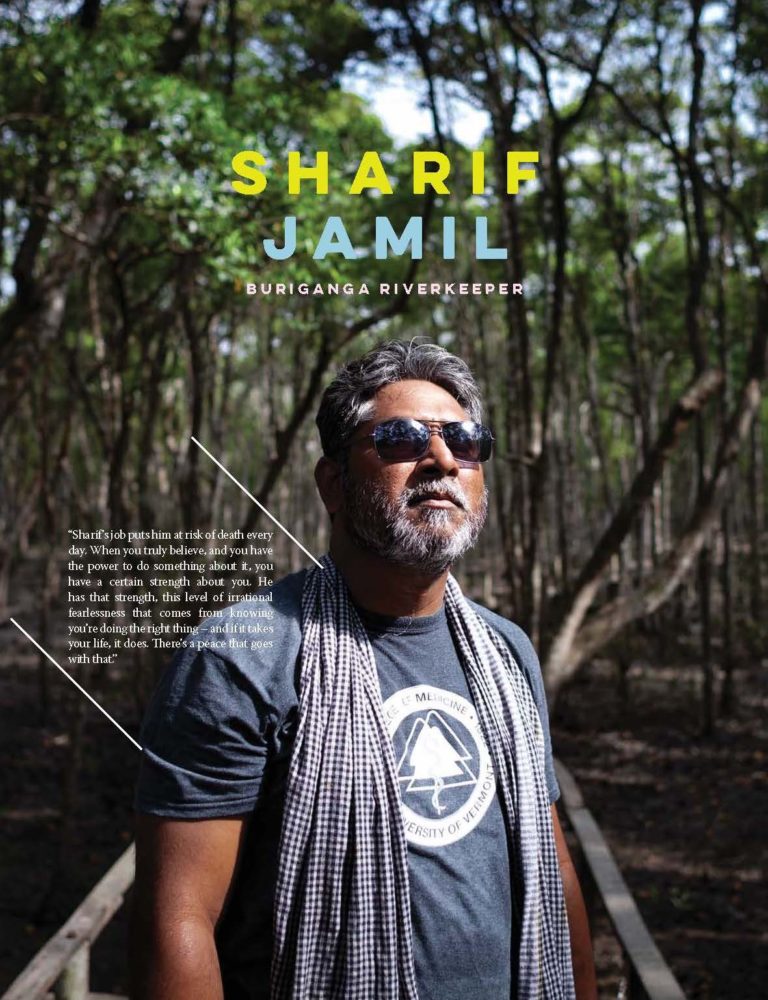