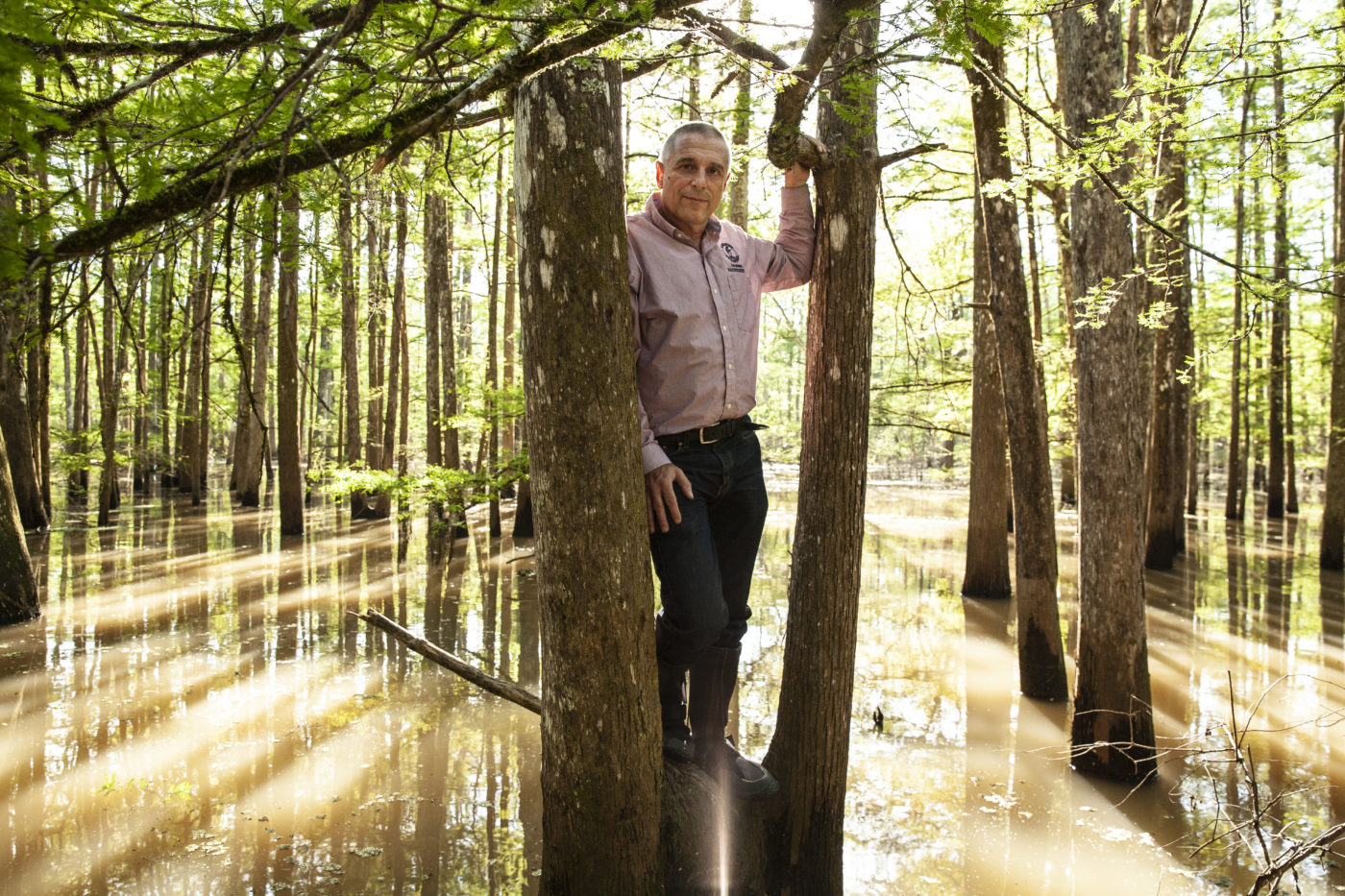 Dean Wilson is a Waterkeeper Warrior. 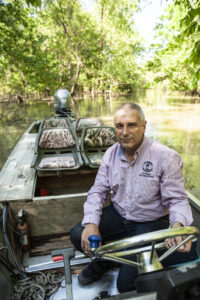 In 1984, Dean Wilson was planning to move to the Amazon Rainforest.

But first, he wanted to get used to a hot, humid, mosquito-rich environment.

So he looked at a map of the United States and discovered a large area devoid of roads. An apparent patch of wilderness, stretched between Louisiana and Mississippi.

This place was the Atchafalaya Basin. It was a pristine piece of nature with more than a million acres of America’s most significant bayous, swamps, and backwater lakes… a refuge for wildlife, including the endangered Florida Panther and Peregrine Falcon.

While Dean didn’t intend to stay, this magical place drew him in, and he started his life here as a commercial fisherman.

He never could have known that one day, the Atchafalaya Basin would be in danger of disappearing… vulnerable to gas and oil pipeline construction, and torn apart by timber companies.

As he witnessed this destruction, Dean knew he had to do something, so he founded the Atchafalaya Basinkeeper.

Dean is determined to save this natural paradise.

So he is fighting on the front lines… Stopping new oil access canals, pipelines and illegal development of wetlands. To enforce our environmental laws. To protect cypress swamps from logging.

Dean files lawsuit after lawsuit to protect the Atchafalaya… and even though the fight continues, he is winning for his waterway every day. 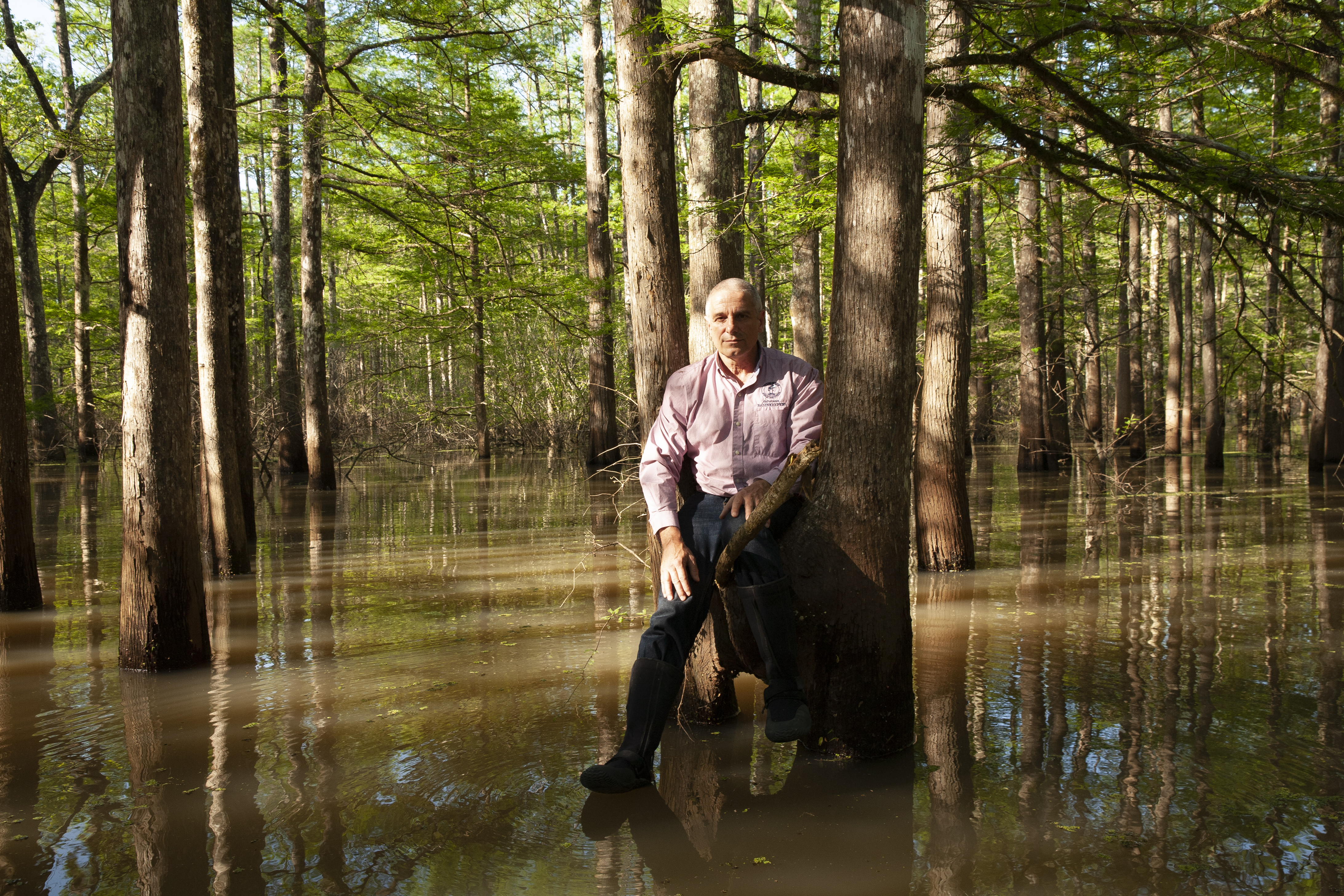 After making his living as a commercial fisherman and hunter in the Atchafalaya Basin for more than 16 years, Dean Wilson founded Atchafalaya Basinkeeper when landowners and timber companies developed plans to clear-cut Atchafalaya’s cypress forest — the largest contiguous bottomland hardwood forest in North America and a refuge for half of North America’s migratory waterfowl — for garden mulch. Dean spearheaded the Save Our Cypress Coalition and managed to stop the clear-cutting. With help from volunteer pilots from SouthWings, he continues to monitor all the major forest basins in coastal Louisiana for illegal cypress logging and other destructive activities. Dean was named a 2011 Tom’s of Maine River Heroes Award winner.

Learn more about Dean in the two-part 20th Anniversary edition of Waterkeeper Magazine. 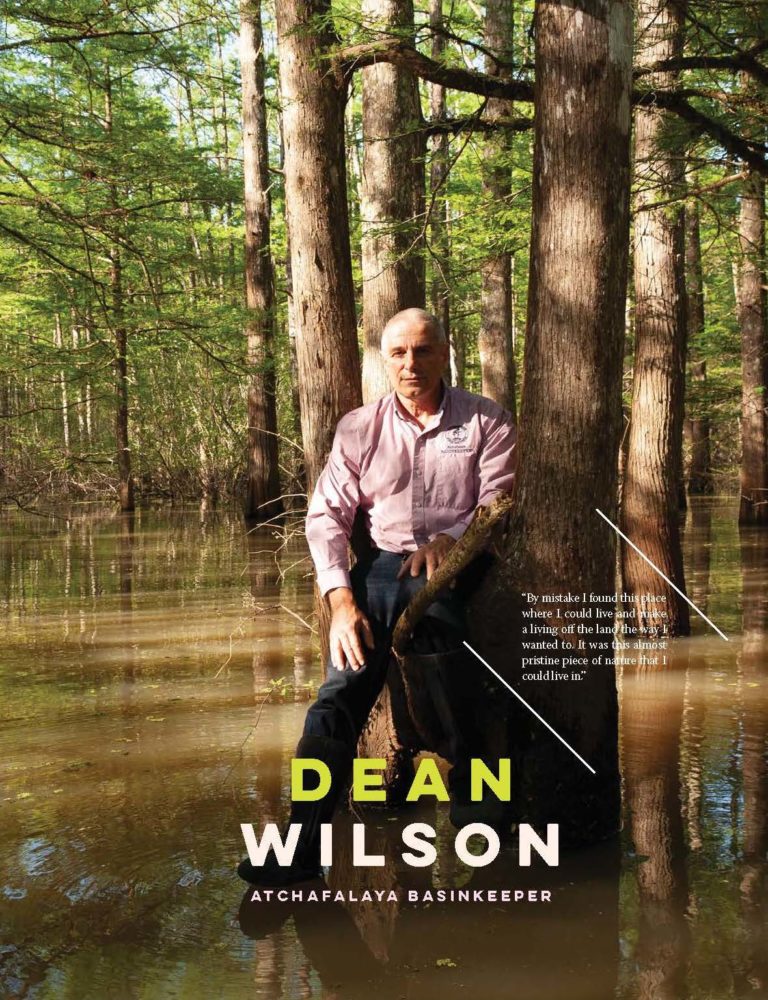