The East Kali River in India runs for 300 miles, through eight districts of Uttar Pradesh, India’s most populous state located in the northern end of the country. The river also serves as a tributary for the Ganges River. In total, the East Kali River passes through over a thousand communities that are home to roughly 10 million people, all of whom rely on the river for agriculture and a source for clean drinking water.

Sonal Bhushan has been the East Kali River Waterkeeper for two years. In the five years before that, she was assistant to the previous Waterkeeper. When the opportunity to take on this job emerged, Sonal was more than happy to accept the role.

“This waterbody is especially important to me because it is the main tributary to our holy Ganga River, which I would cross every day to go to school to get my education,” says Sonal. “While working on the team of East Kali River Waterkeeper, the impacts it has on the community really touched my heart. I fell in love with this waterbody, and I was proud to take this role.”

According to Sonal, the East Kali River has lost part of its identity in the past few decades. These days, many people refer to it as a dirty river. This negative connotation hurts her, who would much rather see the river regain its lost glory.

Domestic sewage and agricultural runoff impair the river. Additional industrial waste from sugar refineries, paper mills, and other chemical industries along the river banks is also to blame. All of this contamination has led to high levels of manganese, iron, and other pesticides in the water.

Her team has been working with the government to ban these substances. Though the process has been slow going, some progress has been made. According to Sonal, East Kali River Waterkeeper helped shut down an illegal slaughterhouse in Meerut as well as a Darula Sugar plant, both of which had been directly polluting the river.

They have also worked on mapping the river’s course and determining its source. In 2019, a padayatra, or journey by foot, was undertaken to determine the river’s origin in Antwada. East Kali River Waterkeeper has worked with local communities to restore dozens of acres of vegetation and plant growth near the origin point. Nearby, they also created several recharging pits, which collect rainwater and help replenish the water table. But, of course, much more needs to be done to protect the river as it flows downstream. 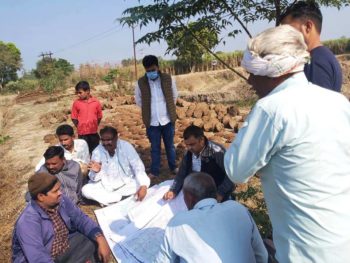 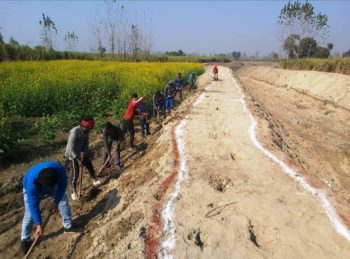 “This river is special because it doesn’t flow down from a mountain, but actually sprouts from the land underneath,” says Sonal. “After we figured out the origin point, it inspired people downstream to be ready to do their own restoration. We hope to move district by district and make the whole river more healthy.”

To date, they have had success raising awareness. Sonal says they have signed up about 500 volunteers from several different villages, including many youth. This outreach has empowered all these clean water warriors to act as the eyes and ears for East Kali River Waterkeeper in their work to restore this waterbody.

However, the revival of the whole river will require a lot of work. Ideally, dense forestation would be reestablished on both sides of the riverbanks, as would several ponds in neighboring villages. Properly treating sewage and industrial waste before it reaches the river would also help, as would a transition to more organic farming with less emphasis on chemical pesticides.

East Kali River Waterkeeper has made a lot of progress in recent years thanks to the efforts of Sonal and the previous Waterkeeper with their teams. Sadly, this work has been paused recently as India endures a tragic second wave of COVID cases. Sonal says she hasn’t been able to do any fieldwork on the river since January but she is very eager to get back to work as soon as it is safe enough to do so, whenever that may be. That’s because she believes in the importance of this work.

“This identity of being a Waterkeeper has instilled more confidence and a sense of responsibility in me. I feel more recharged after attending Waterkeeper Alliance conferences and meeting so many people who are doing so many different things for their rivers,” says Sonal. “Just like we need to recharge the river, we need to recharge ourselves too.”

The East Kali River, with its connection to the Ganges, has been a spiritually and culturally significant entity to millions of people for centuries. But, looking to the future, it might also serve as an example of the impact hard work and advocacy can have on the health of a river.