John Forrester has been the Werribee Riverkeeper in Australia since 2014. His love of the river, however, goes back much further than that. Forrester has been involved with the cause since he moved to the area around 40 years ago with his family. They would take part in cleanups, habitat restoration, even some bush walks. Eventually he decided to do even more.

“I wanted to be part of that cause. I love the river and its waterways, and find delight in many sites, such as the Wombat Forest, Parwan Gorge, and even along the urban pathways which allow ordinary people to experience their waterway,” says Forrester. “The places all give release to the soul, provide great human health outcomes, and protect nature. ”

The Werribee River runs for about 110 kilometers, just west of the city of Melbourne. The river’s name comes from the Aboriginal word for backbone or spine. Like a lot of the rivers in Australia, it is ephemeral, meaning it’s a thin stream in the warmer, dryer months, with considerably more volume in the wetter seasons. This area is also in something called a rain shadow, meaning it gets little rainfall on account of being sheltered from winds by hills and mountains resulting in lower precipitation. About a half million people currently live in the watershed. However, Forrester estimates that number will double in the next 20 years. 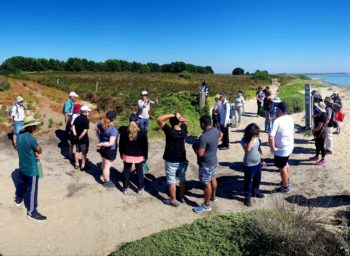 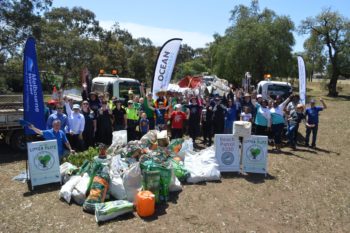 According to Forrester, the platypus are at risk. Technically, they have recently been downgraded to threatened, which is not as bad as endangered. But it’s not good either. The dire outlook for these critters is among what motivates Forrester. As he puts it, he is compelled by “a feeling of sadness for the animals of the world, our birds, our platypus. They have a right to lead healthy lives too.”

Habitat loss is not the only threat to the Werribee River. Forrester says one of the biggest challenges is the lack of natural flows, which is exasperated by regulating dams and irrigation.

“We are a bit like the Colorado River in that a lot of our water doesn’t reach the sea,” says Forrester. “Maybe 10% reach the sea.”

There are plenty of other problems facing the Werribee River, including urbanisation and development, algal blooms, and climate change impacts. To that end, however, Forrester and Werribee Riverkeeper are working on a lot of solutions, including advocacy for forests—which received a win last week as the Victoria State Government announced that the forests of Werribee headwaters are to become a national park, protected against many activities such as logging and mining—better planning for new subdivisions, and stricter enforcement against illegal waste storage. They are also working on putting water in pipes as opposed to open channels, which are more subject to evaporation and seepage. That may seem like a small thing, but when it comes to ephemeral streams in rain shadows, every drop really does count. 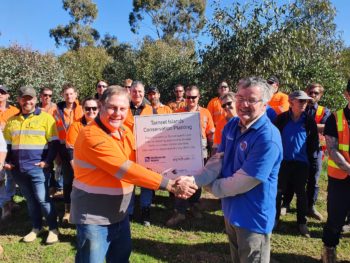 Forrester encourages anyone looking to get involved to check in with Werribee Riverkeeper. “Look at the website, send an email, or give us a call,” says Forrester. “Nearly 40 weekends a year we are doing this or that or the other thing. Be it cleanups, water testing, nature walks, there are plenty of ways to get involved at whatever level you like.”

In fact, it was Forrester’s involvement with Waterkeeper Alliance in 2014 that provided him with more confidence and perspective, and allowed him to more effectively protect his beloved waterway.

“I was proud to affiliate with Waterkeeper Alliance. It gave us a wider viewpoint of the world, and provided so many inspirational stories to draw on,” says Forrester. “It’s been great being part of a team, going to various conferences and meeting people who are in exactly the same position, struggling with their organization, funding, local governments, and so forth. We all go through the same thing even though we are in different jurisdictions. We all face the same problems.”