As the name suggests, the Rio Grande is a big river. It runs from the San Juan Mountains in Southwestern Colorado, through national parks like Big Bend, as well as cities, such as Albuquerque, New Mexico, and El Paso, Texas. The river terminates at the Gulf of Mexico, more than 1,800 miles from where it started. To say the waterway is iconic is putting it mildly. Saying it’s in trouble would probably also be an understatement.

Jen Pelz has been the Rio Grande Waterkeeper since 2017. She grew up in the area, in Albuquerque, and has long loved the river.

“It’s probably what every environmental advocate says, but I had some pretty transformative experiences as a child,” says Jen. “My family always went to the Conejos River in Colorado, which is a tributary of the Rio Grande, for a week or so every year. It was one of those freeing moments as a child where I was like, ‘Wow this is a really spectacular thing I get to do every year.’”

If we are not really careful about how we use every drop of water, we are in danger. Those cultures and communities are not going to be able to survive. And that would be really tragic. It’s something we can’t replace.

Prior to joining Waterkeeper Alliance, Jen practiced law for several years, litigating land use, public lands, and water law cases. From there she worked as the Wild Rivers Program Director at WildEarth Guardians. After a few years, friends and allies of hers, including Gary Wockner of Poudre Waterkeeper, suggested she also become a Waterkeeper.

Protecting water in this environment, however, is not so easy, simply because there’s not that much of it. Put another way, the water quality cannot afford to be compromised on account of there being so little water quantity. So Jen’s focus is on how to keep rivers flowing. In New Mexico, that can be a big ask. 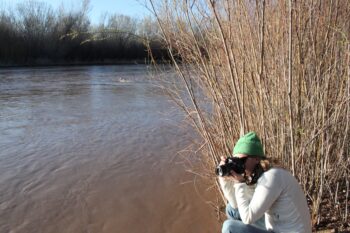 “Where you see water and where water flows, it’s really quite magical, because it doesn’t flow everywhere. And anywhere there’s water, really significant biodiversity exists. But, it’s also no coincidence that there are so many communities all along the Rio Grande. That’s because that’s where the water is. That’s where they can survive,” says Jen. ”If we are not really careful about how we use every drop of water, we are in danger. Those cultures and communities are not going to be able to survive. And that would be really tragic. It’s something we can’t replace.”

Water diversions, which every farmer and municipality will say are necessary, only exacerbate the problem of low water quantity. Jen saw some early successes as Rio Grande Waterkeeper when she, along with others, challenged a number of water transfer permits the city of Rio Rancho, NM had filed. Instead of fighting it out in court, the city negotiated a settlement, which will redistribute 2,500 acre feet of water back into the river each year.

Despite this victory, several communities in this watershed go without a functioning river for all but a few weeks a year, including Las Cruces, New Mexico and El Paso, Texas. It’s one of the reasons why Jen advocates for leaving at least 20% of the river’s flow in the river to serve as transit water. It would provide an obvious environmental and ecological benefit, but it would also provide equity to those downstream communities.

This ephemeral nature of the river and many of its tributaries presents additional threats from a legal standpoint. Or anyway that’s what happened when the Trump administration’s EPA sought to redefine Clean Water Act protections for waters of the United States, or WOTUS. Under their definition, more than 90 percent of the tributaries that provide water to the Rio Grande would lose federal protections, despite the fact that the river provides drinking water and irrigation for over 6 million people. In New Mexico, this is particularly problematic given there are no state-level protections for waterways.

“There’s a stream that runs from the Los Alamos National Laboratory, which is a legacy pollution site of the worst kind, upstream of the diversion for the city of Santa Fe’s drinking water. So under this ruling, Los Alamos can just dump radioactive waste into that river, if it’s convenient,” says Jen. “If you want your parents, or kids, or friends to retain their place in the community, you really have to protect every drop in the stream.” 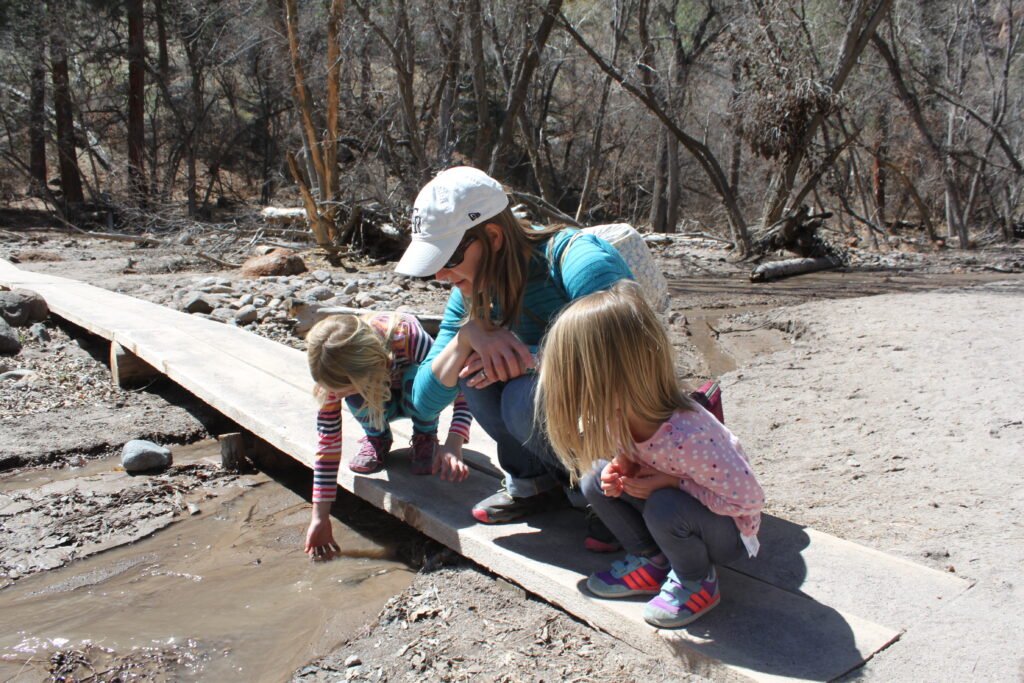 Jen credits Waterkeeper Alliance, and specifically Senior Attorney Kelly Hunter Foster, for giving her the opportunity to do this kind of work on WOTUS. The ‘two-way partnership’ allowed her to lend her on-the-ground knowledge and combine it with Kelly’s very specific legal acumen on WOTUS. Most importantly, it allowed Jen to speak up for her waterway. It’s something she encourages others in her community to do.

“People in the community have the best stories. They have rivers that run by their houses, rivers they played in when they were kids,” says Jen. “And they can attest to the importance of rivers that don’t flow year round. We try to get folks to speak out and say how these rivers are really important.”

Another way Jen speaks out for her waterway is by way of the opinion section of several newspapers, including the Santa Fe New Mexican, the Albuquerque Journal, and the Denver Post.

“I think there’s a lot of people who are just doing more of the same in western water law. But it’s not working,” says Jen. “I had to find a way to offer a new vision.”