Emily Sutton didn’t know what being a Waterkeeper entailed until she started working as one. Suffice to say, it was an immediate fit. After graduating from Appalachian State University in North Carolina, she worked a few jobs in outdoor education. However, working at Haw River Assembly, parent organization to Haw Riverkeeper, turned out to be her ‘dream job’ in how it gave her an opportunity to have more of an immediate impact.

“The policy and advocacy is where I felt most energized,” says Emily. “We often focus on kids and the next generation changing the world, but there’s so much that needs to be addressed right now, and I wanted to be a part of that.”

The Haw River runs through the Piedmont region of central North Carolina. The watershed is home to nearly a million people, with the cities of Greensboro and Winston-Salem to the west, and the Raleigh Durham Research Triangle to the east. The river is rocky and splashy, with a forest buffer for its entire 110 miles. There are bears, otters, beavers, as well as several rare birds. It makes the Haw a natural oasis in an otherwise urbanized area.

“These are super rural communities. So it’s helpful that I grew up in Nowhere, Missouri. These are my people, I know how to talk to these communities… Everyone has a right to clean water.”

The river may appear pristine, but sadly it is not free from threats. The region had once been famous as an industrial center for textile manufacturing, specifically things like seatbelts and boat covers that have stain-resistant and water-resistant coatings. For decades, these items have been made with PFAS, the dangerous ‘forever chemicals’ linked to negative health impacts. These facilities discharge to a municipal wastewater facility that invariably doesn’t check for things like PFAS, which means these toxic substances get discharged directly into the river, a drinking water source for several communities. 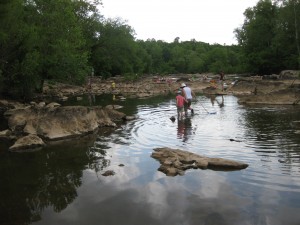 “This has been a problem for longer than anyone knows because there wasn’t an ability to test for these things until very recently,” says Emily.

As Haw Riverkeeper, Emily has been sounding the alarm on PFAS since as far back as 2015. One discharge source was traced to the city of Burlington, N.C., that had been unknowingly applying PFAS-laden fertilizer on agricultural fields, which, after the first rainfall would run off into the Haw. In 2019, working with the Southern Environmental Law Center, Haw River Assembly filed an intent to sue, which was enough to compel the city of Burlington, N.C., to stop their dirty practice and begin monitoring and tracking sources, and transitioning those sources to stop discharging PFAS. Haw Riverkeeper is also currently in litigation with the city of Greensboro, N.C. about their PFAS discharges.

“The PFAS win is huge because the EPA is not doing anything to hold these polluters accountable yet. And the state of North Carolina isn’t going to do anything until the federal government does,” says Emily.

The Haw River is also at risk from other dangers. In 2018, Emily received a phone call from an investigative reporter at N.C. Policy Watch. The reporter had seen something about a pipeline coming through the Haw River watershed. It turned out to be the Mountain Valley Pipeline, a dangerous project that would have negatively impacted several communities.

Haw Riverkeeper quickly held community meetings at every town that was on the proposed route. They organized landowners and held meetings in people’s barns, kitchens, churches, and anywhere else they could get the word out about this dangerous project. They had two meetings a week for six months. They taught people how to tell their story, how to give their three minute speech, and they packed the house at every one of these meetings. In the end, the affected counties unanimously rejected the proposal. (The pipeline project was tied to Senator Joe Manchin’s recently defeated ‘dirty deal’ permitting bill in the U.S. Senate.)

“These are super rural communities. So it’s helpful that I grew up in Nowhere, Missouri. These are my people,” says Emily. “I know how to talk to these communities. You fish in this creek, your kids are flipping over rocks in this creek. This is your access to hunting and fishing. Everyone has a right to clean water.”

The pipeline issue was also an opportunity for Emily to lean on her Waterkeeper Alliance network.

“We had never fought a pipeline before, so I didn’t have any of the tools or know what the process was. I leaned on other Waterkeepers. Jen Hilburn, Tonya Bonitatibus, Larissa Leibmann and Donna Lisenby, they became my mentors, outlining step-by-step, the avenues to stop this. We even leaned on the folks at Cook Inletkeeper in Alaska,” says Emily. “Having this network of amazing waterkeepers across the nation who are working on similar issues is so helpful. We can really lean on each other and not have to recreate the wheel every time a new threat comes into the community.”

Emily encourages people in her watershed to stay as up-to-date as possible on issues related to the river. That can mean volunteering on the river, or even attending a community meeting. This kind of involvement is the best way to prevent the next PFAS contamination, or the next pipeline proposal

“These proposals for development or industrial activity all start at the local level. By the time it gets to the state level, it gets rubber stamped,” says Emily. “So what we really depend on is community members with their eyes and ears on the ground, to let us know when these things are first proposed in order to help stop them. Having community members who pay attention to zoning meetings and city council meetings is how we prevent the next major source of pollution.” 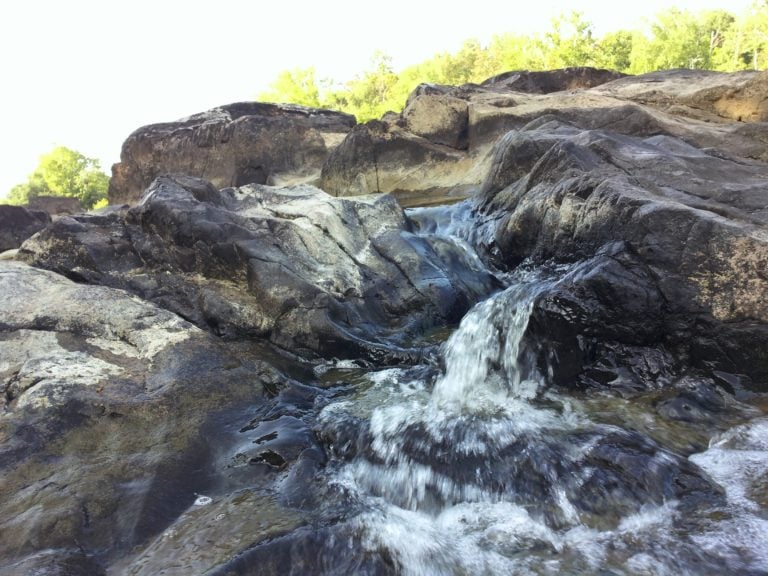