Bill Lucey, a Connecticut native, has been the Long Island Soundkeeper since 2017. However, the organization’s inception dates back three decades to 1987, which makes it one of the earliest Waterkeeper groups in the world. Terry Backer was the original Soundkeeper, having established the organization after the City of Norwalk, CT was sued for mismanaging its wastewater and polluting the sound. Backer served as Soundkeeper, as well as a member of the Connecticut House of Representatives, until his passing in 2015.

Around this same time, Bill returned to Connecticut after spending years living in Vermont, Guatemala, Alaska and Hawaii, where he worked at the municipal, state and federal levels of government with the most recent position at the University of Hawaii. He was also a commercial salmon and halibut fisherman for many years, ran a sawmill and built a homestead in rural Alaska. Becoming the Long Island Soundkeeper allowed Bill to move back to Connecticut and continue working with fisheries and water pollution issues, while also affording him the opportunity to be close to family and pilot a boat on the Long Island Sound. Bill grew up not far from the shores of the Sound in Wilton, CT where he spent many days swimming, hunting and fishing. He was also beginning to probe the environmental regulatory world using local area wetland maps and cleaning up litter.  Suffice to say, when the opportunity to become the Long Island Soundkeeper came up, it was right up his alley. 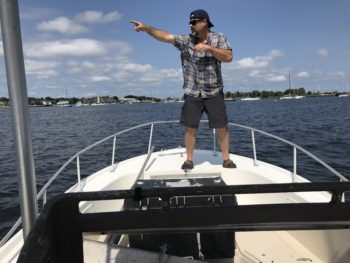 “I grew up fishing and swimming in the Sound. I believe the habitat you first grow up with is the one you feel most comfortable in. The deciduous forests down to the Long Island Sound marshes. The local fish and bird species. It all made me feel like I was home after a 30 year walkabout. It’s what got into my blood when I was a kid,” says Bill. “I feel personal responsibility for its waters and the rivers that flow into it. All that the land and sea gave me when I was a child, I’ve spent my adult life giving back, educating or fighting those who don’t care, and trying to be an effective advocate.”

And he’s had quite a bit of success fighting for the Sound. This includes bringing Clean Water Act suits on a regular basis with Save the Sound which merged with Soundkeeper after Terry Backer’s passing.  Bill  is a registered lobbyist and had a fruitful legislative session in 2021, including lobbying for a climate change and adaptation bill featuring stormwater authority enabling legislation.  He also helped enact an aggressive PFAS bill, striped bass conservation, tax relief for the aquaculture industry, and amended sewage right-to-know legislation so the public can get electronic notification when there’s a sewer overflow event in their community.

“If people aren’t paying attention, they won’t realize that a billion gallons of untreated sewage still flows out of the state of Connecticut and into the Long Island Sound,” says Bill. “And that doesn’t count the billions of gallons that flow out of Westchester County, Queens, NYC and the rest of Long Island.”

However, Long Island Sound has seen a relatively successful turnaround since Bill’s youth thanks in large part to the fact that New York State and Connecticut have invested billions of dollars in wastewater treatment infrastructure. As a result, the water is cleaner and some fish species have recovered.

These dams have to go unless they are absolutely necessary for drinking water or a major source of hydropower for the foreseeable future… We need to fix the damage we caused, walk away and let mother nature run the show.

But there are still plenty of threats to the Sound, including nutrient pollution, stormwater runoff, microplastics, hardened shorelines, toxic dust from worn tires, and dams. The state of Connecticut alone has 4,000 dams, which is a lot given that the whole state is about 5,500 square miles. He is two years into a major battle with a large dam in CT that has blocked miles of fish habitat for almost 150 years. Bill has  supported efforts to introduce “fish ladders” that help fish gain safe passage around obstructions, similar to something happening on the nearby Bronx River in New York City. Though, ideally, the dams would go away entirely. 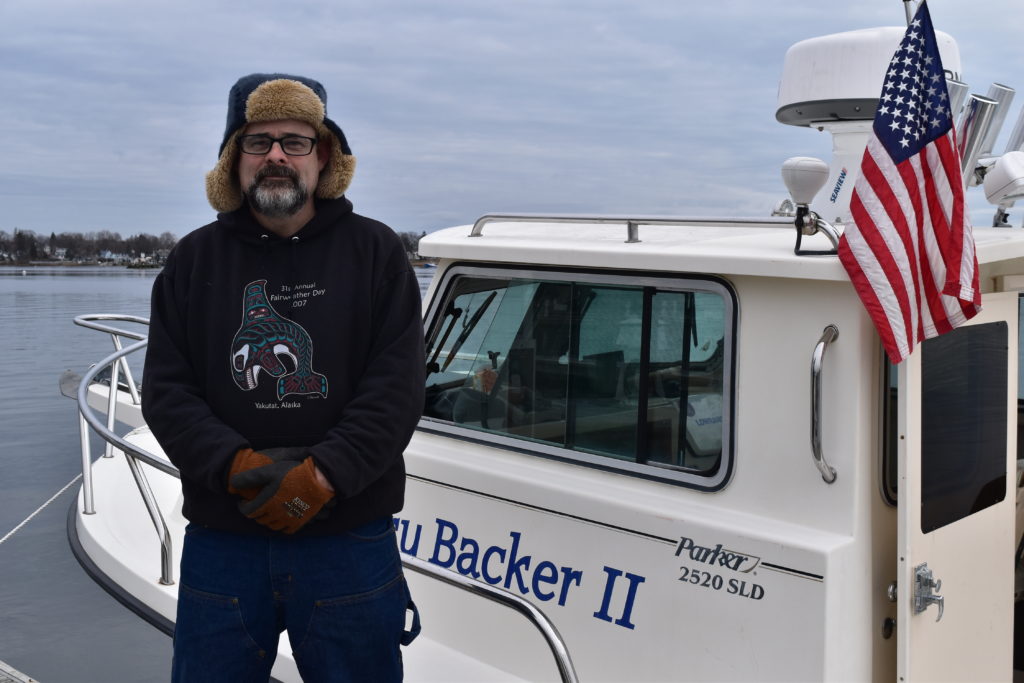 “These dams have to go unless they are absolutely necessary for drinking water or a major source of hydropower for the foreseeable future.  In those cases they need to have modern fish passage standards and release cool water from the bottom of the dam. Usually, they’re not worth the ecological and climate damage they cause,” says Lucey. “Once you open a river up to the ocean you don’t need operation and management. The fish come and go. The eagles and ospreys will thrive on the fish runs. The river’s heartbeat comes back and a free flowing river comes back to life. We need to fix the damage we caused, walk away and let mother nature run the show. I’ve seen many places where people who don’t have much can at least eat from a healthy free flowing river.”

Bill would also like to see stricter permitting for construction that would require all stormwater to be soaked into the ground as close as possible to where the rain lands. This would capture plastic pollution and nutrients before they reach Long Island Sound. According to Bill, stormwater is the next big push for the program and we launched our first round of CWA litigation in 2020”.

“One of the biggest strengths of Waterkeeper Alliance is that it’s both a national organization and an international organization. It gives us more standing,” says Lucey. “I’m looking forward to visiting other countries and comparing notes with fellow keepers and exposing my son to different world views. We need to continue growing our international support because water problems exist everywhere and some of our colleagues are working in very dangerous environments while trying to solve these issues.We need to start spreading our resources and expertise around a bit because these same problems exist all over the planet. We need to up our collective support as a movement in order to expand into these areas which are often the most ignored.”