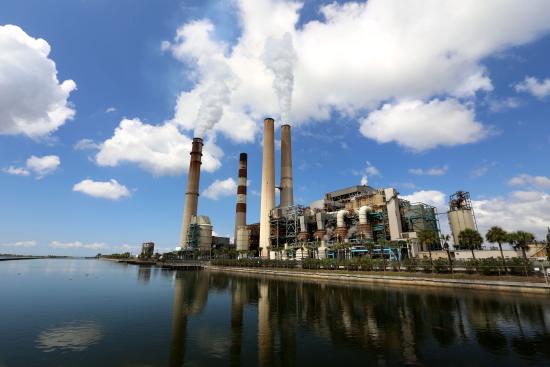 U.S. insurance companies are lagging behind their international peers on climate action, reveals Insuring Coal No More, the second annual scorecard on the industry from the Unfriend Coal campaign. U.S. insurers are enabling the construction of new coal-fired power plants, which is undermining international efforts to avoid dangerous climate change, the report warns.

Insuring Coal No More reveals the leadership gap between European and U.S. insurers continues to grow. In the last year, four major European insurers announced new restrictions on coal underwriting, bringing the total number to seven, while 19 insurers have divested from coal. Meanwhile, none of the major U.S. insurers have committed to ending underwriting or investments in the coal industry.

“U.S. insurers are betraying their shareholders, their customers and the wider public by continuing to support fossil fuels,” said Annie Leonard, Executive Director of Greenpeace USA. “They should follow the lead of their European peers who realize that coal is a bad investment, causes thousands of premature deaths each year, and must be phased out rapidly to avoid dangerous climate change.”

With European insurers exiting the coal sector, U.S. insurers have an outsized role in deciding how quickly the world transitions away from coal. According to the IPCC, the world must completely phase out coal to stop runaway climate change, yet there are currently 1,380 new coal-fired power plants under construction or in the pipeline globally. Without insurance, most new coal projects could not be financed and built, and most existing coal facilities would have to close.

Additionally, according to Insuring Coal No More, only a small group of insurers have the ability to conduct due diligence for power plants in Asia, where most new coal projects are proposed. All of the analyzed insurers with this expertise have ended or limited involvement in coal, except for AIG [NYSE: AIG] and Chubb [NYSE: CB] – both U.S. insurers.

The report reveals the critical role the U.S. industry could play in restricting insurance for coal. It quotes a report from insurance broker Willis Tower Watson that warns , “Finding alternative sources [of coal insurance] is likely to become increasingly challenging – especially if North American insurers begin to follow the European lead.”

“For too long, U.S. insurance companies have lagged their European peers in helping communities, and society at large, to build a more sustainable future,” said Cynthia McHale, Director of Climate Action 100+ Investor Engagement at Ceres. “As underscored by this report, there is an urgent imperative for all insurers – especially those in the United States – to change their underwriting, pricing and investment practices in order to increase climate resilience and take advantage of the opportunities inherent in the low-carbon economy.”

The scorecard ranks 24 of the world’s biggest insurers on their action on coal and climate change, assessing and scoring their policies on underwriting, divestment and other aspects of climate leadership. The report looked at 12 insurers from Europe and nine from the United States, two from Japan and one from Australia. Scores are based on publicly available information and responses to a questionnaire, completed by 18 companies, including all European and Asia-Pacific insurers. Only two U.S. companies responded to the questionnaire; the rest ignored repeated requests for additional information.

The report shows that Asia-Pacific insurers are also lagging behind Europe, but are taking modest action. Japan’s largest life insurance companies have announced they will no longer fund new coal projects, and Australia’s QBE is currently reviewing its coal underwriting and investment policies.

“It is an absolute disgrace that not a single U.S. insurer has committed to stop insuring coal, despite their acute awareness of the clear and present danger of runaway climate change,” said Ross Hammond of the Insure Our Future campaign. “Over the coming year we’ll be turning up the heat on U.S. insurers and demanding that they stop making climate change worse.”

Highlights from the Insuring Coal No More report includes:

Insurers are coming under growing political, regulatory and public pressure to take action to support a rapid worldwide phase-out of coal.

About Insure Our Future
Insure Our Future is a campaign pressuring the insurance industry to stop insuring and investing in coal and tar sands projects and companies. We are part of the global Unfriend Coal campaign, which promotes a rapid shift of the insurance industry from fossil fuels to clean energy. The campaign is supported by 350.org, Consumer Watchdog, Indigenous Environmental Network, Greenpeace, Rainforest Action Network, Public Citizen, Waterkeeper Alliance, and the Sierra Club among others.