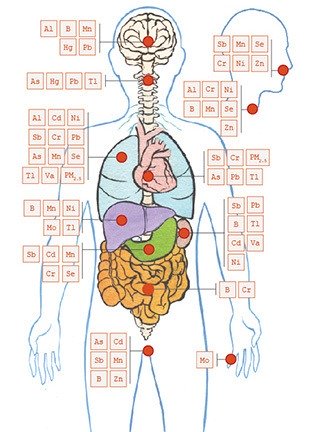 The U.S. Environmental Protection Agency decided yesterday afternoon that it will gut the critical protections afforded by the first-ever federal rule that provides health and environmental safeguards for communities near toxic coal ash waste dumps.

EPA Administrator Scott Pruitt’s proposed rule is a thorough overhaul of the 2015 coal ash rule. The proposed rule will substantially weaken the nation’s environmental safeguards for coal ash, which is the toxic waste left over from coal-burning power plants. For decades, coal ash was dumped into giant pits, where toxic chemicals can seep into water and soil and blow into the air. Coal ash waste is filled with some of some of the deadliest known toxic chemicals, including heavy metals like arsenic, lead, mercury, and chromium. The toxics raise the risk for cancer, heart disease, and stroke, and can inflict permanent brain damage on children.

“This is the second biggest toxic pollution threat in our country, and we need to clean it up—not make things easier for polluters,” said Earthjustice attorney Lisa Evans. “People living near more than a thousand toxic coal ash sites are at risk. They face contaminated drinking water, toxic dust in the air, and serious health threats just because the EPA is choosing to side with polluters over the public.”

In October 2015, the first-ever EPA safeguards to protect communities near coal ash dumps went into effect after Earthjustice filed a lawsuit on behalf of public interest groups and a Native American tribe, the Moapa Band of Paiutes. The EPA received more than a half-million comments from people supporting the safeguards that the EPA is seeking now to remove in its proposed rule.

“The list of environmental protections the Pruitt EPA is attempting to roll back continues to grow, this time with a proposal to weaken the first-ever federal coal ash rule,” said Lisa Hallowell, Senior Attorney with the Environmental Integrity Project. “Despite mounting evidence of pollution at coal ash sites, EPA—which is supposed to be protecting the environment—wants to reduce safeguards, and make it harder for citizens to get polluted sites cleaned up.”

Among the protections of the coal ash rule that the EPA proposes to weaken or remove are: groundwater monitoring requirements, national groundwater protection standards, cleanup standards, closure standards, location restrictions for siting toxic dumps in groundwater, wetlands, floodplains, fault areas, seismic zones and unstable areas, as well as deadlines to comply with those standards. Recent petitions by the utility industry asked for broad weakening of health and environmental standards, which the EPA has proposed to adopt. The rule seeks to provide States, EPA and even the industry itself, with discretion to weaken core requirements of the 2015 rule that protect the nation’s drinking water aquifers, including determining when or if groundwater monitoring is necessary, when cleanup of contaminated groundwater is required, the extent of a groundwater cleanup, and how long a polluter is required to monitor a closed site.

“The Trump administration is putting drinking water and the health of communities across the country at risk so their friends in the power plant industry can save a few bucks,” said Jennifer Peters, Clean Water Action’s Water Program Director. “The coal ash rule is a very modest protection. Gutting it now will let coal plants avoid any responsibility for their waste, leave taxpayers on the hook for clean up, and lead to more contaminated water.”

The standards for coal ash management are the subject of litigation at the U.S. Court of Appeals for the D.C. Circuit. Lawsuits were brought against EPA in 2015 by both environmental groups and industry trade groups. The Court heard oral arguments in the case in October 2017.

“Pressure from industry resulted in EPA’s 2015 standards falling woefully short of truly protecting the public from the dangers of coal ash,” said Larissa Liebmann, Staff Attorney at Waterkeeper Alliance. “Now, the Trump Administration is trying to pare back what already was the bare minimum.”

Among other things, the EPA’s 2015 coal ash rule required utilities to test the water near their coal ash dumps to make sure hazardous chemicals, like arsenic, lead, chromium and other toxins were not leaking into drinking water sources. Coal ash contains concentrated levels of heavy metals, which are released to water when the ash is dumped into unlined pits. Requirements to monitor the water around dump sites—and to clean it up, if poisoned—were set to go into effect at all coal ash dumpsites in 2018.

The EPA’s action comes in response to petitions filed by the Utilities Solid Waste Activities Group, a trade organization that has long fought against the common-sense pollution protections for coal ash dumps, and by AES-PR, which operates a coal-fired power plant in Puerto Rico. Today, over 1,400 coal ash waste dumps are spread across the nation, and in at least 200 cases, the toxic waste is known to have contaminated water sources.

“Clean water is a basic human right that should never be treated as collateral damage on a corporate a balance sheet, but that is exactly what is happening,” said Mary Anne Hitt, Director of Sierra Club’s Beyond Coal campaign. “The Trump administration is trying to pull the wool over the America people’s eyes about the dangers of gutting our clean water protections against coal ash so that rich coal magnates will not have to pay to properly dispose of their toxic byproduct. Weakening protections against coal ash is a betrayal of all the families across this country who having been living on bottled water for years, or have lost their health and property, due to coal ash pollution. Families are looking to EPA to solve the coal ash problem—not abandon them, which is what happened today.”

About 70 percent of the toxic coal ash dumps are located in low-income areas. The impact on communities throughout the nation is immense. For example, the EPA’s action will affect communities in Puerto Rico—already struggling with devastation from hurricanes.

“By weakening the coal ash cleanup rule, Puerto Ricans will be exposed to ever greater health hazards,” said Ruth Santiago, Attorney for Comite Diálogo Ambiental. “Without this rule, the AES coal-burning power plant in Guayama, Puerto Rico will not be required to monitor groundwater underneath the coal ash waste pile that has hundreds of thousands of tons of toxic waste in it—all exposed to the elements. Our environmental regulators are supposed to protect us, not make things worse.”

Federal protections are critical, because the dumps are ticking time bombs, and the states have demonstrated that they are unable or unwilling to impose protective standards on coal ash dumps. In 2008, the single-largest toxic waste spill in U.S. history happened when a billion gallons of coal ash sludge burst through a dam at the Tennessee Valley Authority Kingston plant and covered 300 acres, destroying dozens of homes. In 2014, a portion of a coal ash dump in North Carolina collapsed, fouling 80 miles of the Dan River with toxic sludge.

“The national coal ash rule already has a blind spot for closed power plants like the Vermilion Power Station in Illinois, which is oozing colored coal ash waste into the Middle Fork River, where people tube and kayak,” said Andrew Rehn of the Prairie Rivers Network. “The EPA’s decision to further weaken these regulations is a disservice to the people of Illinois and the rest of the country.” Dana Wright, Interim Executive Director of the Tennessee Clean Water Network, added: “Tennesseans and residents of other states need protections from coal ash waste. The administration’s reversal impairs water quality and threatens human health.”