The Yarra: A Journey Towards Ecological Restoration - Waterkeeper

The Yarra: A Journey Towards Ecological Restoration

A federal grant was recently awarded to the Yarra Riverkeeper Association to begin the process of rewilding the Yarra River. We use the word ‘rewilding’, but in a continent that has had more than 50,000 years of continuous human landscape management from First Peoples, we prefer to use the word restewarding, stewarding, or ecological restoration. We feel this direction better acknowledges the continuity of the work of our First Peoples.

The idea of rewilding began with Dave Foreman of Earth First! fame and Michael Soule, a key figure in the founding of the discipline of Conservation Biology. They spoke of the three Cs: Cores, Corridors, and Carnivores. The idea was a step on from the notion of protected sanctuaries, or cores, to looking at the ecological restoration on a landscape scale. We live in the Anthropocene. On this planet, people dominate as ecosystem engineers. We have fragmented ecosystems. They now need to be reconnected. That’s corridors. It is like a net with cores being the knots and the corridors the joining cords.

The third C is carnivores. The famous rewilding example using carnivores is the wolf in Yellowstone. That works in North America. However, in Europe, the big herbivores are the keystone species being re-introduced, the European bison and the wild horse. The underlying idea of the third C is about the restoration of ecological processes. The landscape then requires a minimum of intervention to be self-sustaining, or in Dave Foreman’s term ‘self-willed’ and therefore to be healthy and biodiverse.

There are now a large number of landscape-scale projects, in many countries. They tend to be either along mountain ranges or along rivers. Rivers make perfect corridors. Often, due to flooding risk, they retain continuous vegetated corridors, the water supports more productive ecosystems than the surrounding landscape creating places of refuge, and the water flow allows connection along the length.

The Yarra River is the principal river of the city of Melbourne, capital of the state of Victoria in south-eastern Australia. It is at the heart of the city’s image of itself. Melbourne is also the fastest growing city in Australia. It is projected to almost double in size by 2030. There are continuous parklands running from the CBD to the source of the river in the mountains. The upper catchment was closed in 1888 to protect the city’s water supply. It remains as pristine forests of mountain ash, as it was before European settlers arrived. The river is a series of cores linked by corridors, with major parklands dotted along the river, surmounted by a forested and protected closed catchment. When seen in this way, the river demands its ecological processes be protected so it could continue to be a river, to deliver the ecological processes its landscape needs. The Yarra Riverkeeper Association presented this frame for work on the river to the Federal Government. The Association has now been awarded a substantial grant to begin the process of protecting the cores and corridors that are the life of the river. Stay tuned. 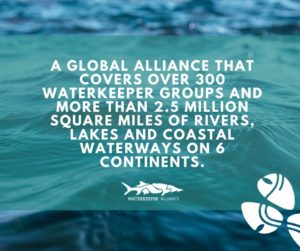