The River That Made Seattle - Waterkeeper

The River That Made Seattle

“Cummings brings the river and its history to life… A must-read for anyone who wants to know the story flowing through Seattle.”
– David Montgomery, author of Dirt!, King of Fish, and Rocks Don’t Lie 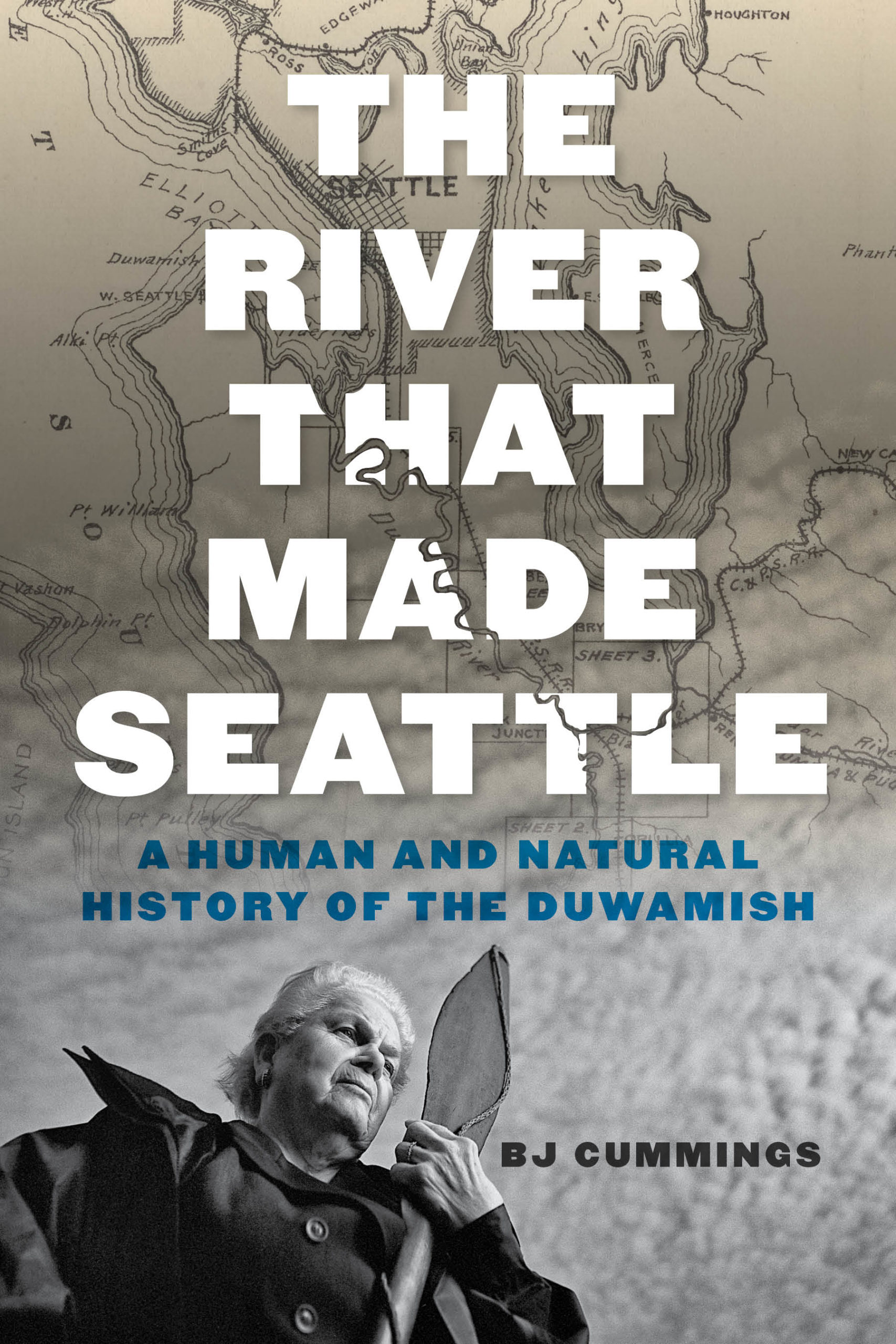 That is one of many glowing advance praises being heralded on BJ Cummings and her new book “The River That Made Seattle – A Human and Natural History of the Duwamish.” Cummings is the former Puget Soundkeeper (1994-1999) and served on the Waterkeeper Alliance Board of Directors from 1998 – 2001. This soon-to-be-released book on the Duwamish River tells the history, struggles, and successes of a river that has been subject to two centuries of competing claims – by native tribes, early settlers, industrial pioneers, and waves of immigrant communities taking up residence along its banks. The outcome of these conflicts has shaped the course of the river, the fate of its communities, and the character of Seattle itself.

The book is being published by the University of Washington Press in July and is available for a discounted preorder NOW. UWA Press is offering a 40% discount + free shipping on pre-orders of the book through June 30 — just enter the code WASH20 at checkout for the discount.

“It’s been an education and an honor to work alongside the Duwamish River communities over the past 25 years,” says Cummings, who began patrolling the industrial waterway as Puget Soundkeeper in 1994. “These are the forward-thinking and under-recognized environmental leaders of our time.”

Here is Cummings talking to The Seattle-Times about the book, from the banks of the Duwamish. This clip is courtesy of The Seattle Times who will use it in a July 5 “Now and Then” feature.

Personally speaking, as a former Waterkeeper in the state of Washington (Spokane Riverkeeper 2010-2014), I always looked to the impressive leadership and successes of those working on the Duwamish River. Specifically that of James Rasmussen, a Duwamish tribal leader and Duwamish River Cleanup Coalition founder. The aforementioned author of this book, BJ Cummings. And my current coworker at Waterkeeper Alliance and long-time ally, former Puget Soundkeeper Chris Wilke.

“The Duwamish River has always been the lifeblood of Seattle, and it is an important river for the health of Puget Sound, its salmon and orca, and its people,” says Wilke. “BJ Cummings and James Rasmussen opened my eyes to the struggle for environmental justice in the river’s communities. The river is in a state of renewal and would not be the same without their leadership, vision, and dedication.”

To engage more with Cummings and this project, including some upcoming virtual book release events, she is blogging regularly from the Duwamish History website and posting regular updates on her author Facebook page.