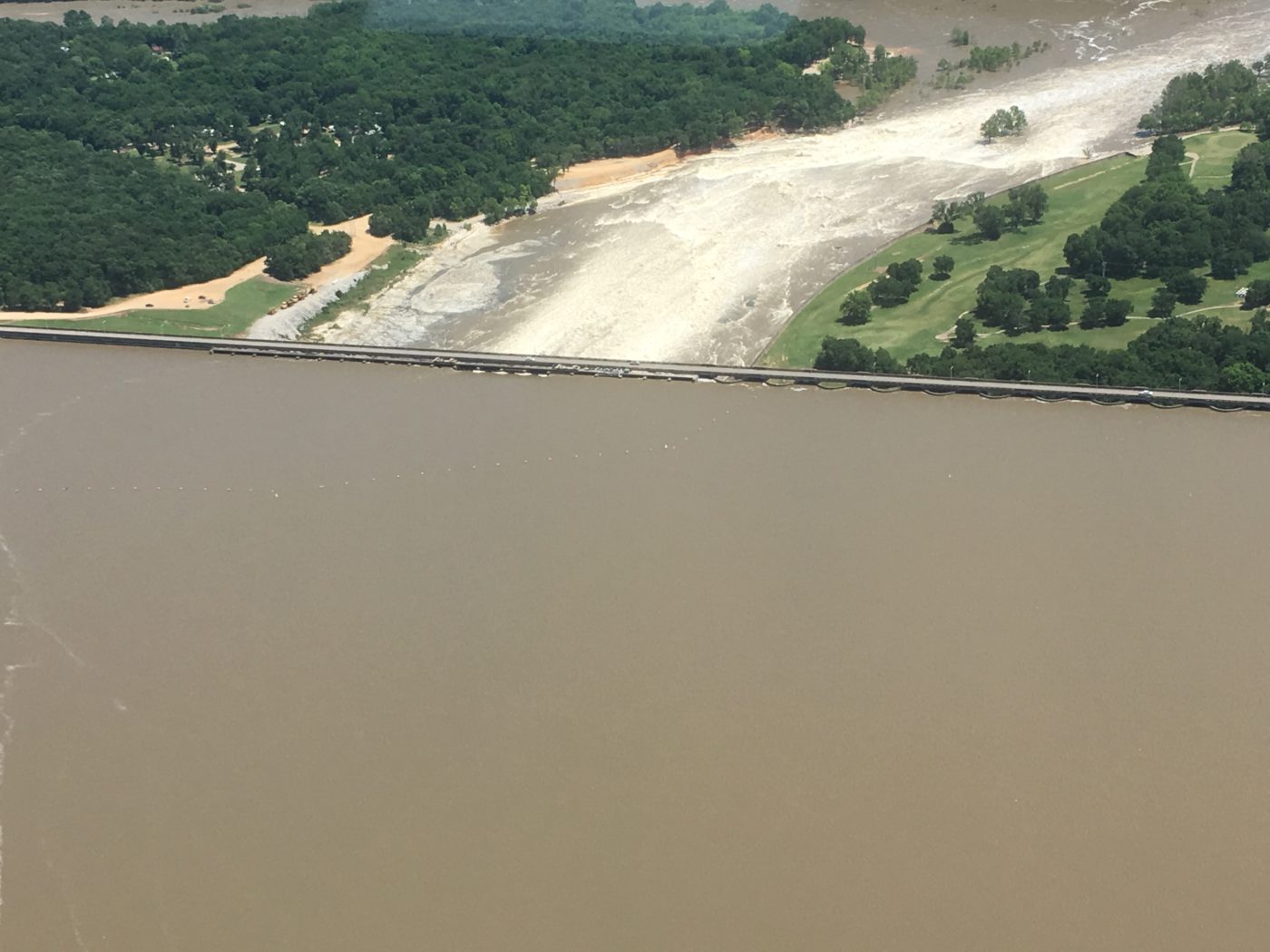 U.S. Senator Jim Inhofe from Oklahoma is using his position as Chairman of the U.S. Senate Armed Services Committee and the military funding process to deprive an Oklahoma town and several tribal governments of their right to protect themselves from flooding and toxic pollution.

In a transparent attempt to further special interests, Senator Inhofe snuck a last-minute amendment, section 6021, into the Senate version of the 2020 National Defense Authorization Act (NDAA). Section 6021 has nothing to do with national defense—it is a special provision designed to corrupt the relicensing of Oklahoma’s Grand Lake Pensacola hydroelectric dam. The amendment would make it easier to raise water levels in Grand Lake by steamrolling the concerns of upstream communities plagued by flooding, all to satisfy the demands of boat dealers and wealthy lake house owners, including Senator Inhofe himself.

Join us in standing up against this blatant abuse of power. Call your U.S. House Representative today and tell them to make sure that the provisions in section 6021 about the Pensacola Dam are rejected and eliminated from the NDAA as it moves through the House.

This May, Oklahoma saw historic levels of flooding. For the city of Miami, and tribal governments and residents upstream from the Pensacola Dam on the Grand and Neosho rivers, the flooding was catastrophic. Yet, it was merely another chapter in a long-standing battle to get the Federal Energy Regulatory Commission (FERC) and the dam operator, Grand River Dam Authority (GRDA), to care at least as much about how the Pensacola Dam harms their lives and livelihoods as about the grounding of large yachts and cruisers in Grand Lake.

The Pensacola dam, constructed in 1940, created the Grand Lake O’ the Cherokees, which is used for hydroelectric power and recreation and lined with expensive lake houses. Since the dam was built, the city of Miami, OK and tribal lands have been plagued with flooding caused by high water levels in the lake, which also raises water levels in upstream waterways. These include Tar Creek, an enormous Superfund site contaminated with toxic metals. In Miami, flooding not only damages homes and businesses but also distributes dangerous lead contamination from Tar Creek into their communities.

For years, impacted communities have been pushing FERC and GRDA to set the lake water level low enough to stop the flooding of the Miami region. But in late 2016, GRDA instead sought a FERC license amendment to actually raise the levels even higher in order to “reduce the risk” of grounding boats in the late summer. Senator Inhofe is using a military appropriations bill to prevent FERC from considering the impacts of flooding and pollution – the precise objections that have already been submitted to FERC by residents and local and tribal governments.

Stand up against this flagrant abuse of the legislative process. Please call your Representative today and tell them Members of Congress should not abuse the budget process for the benefit of wealthy lakeside landowners at the expense of tribal and low-income communities’ health and well-being.