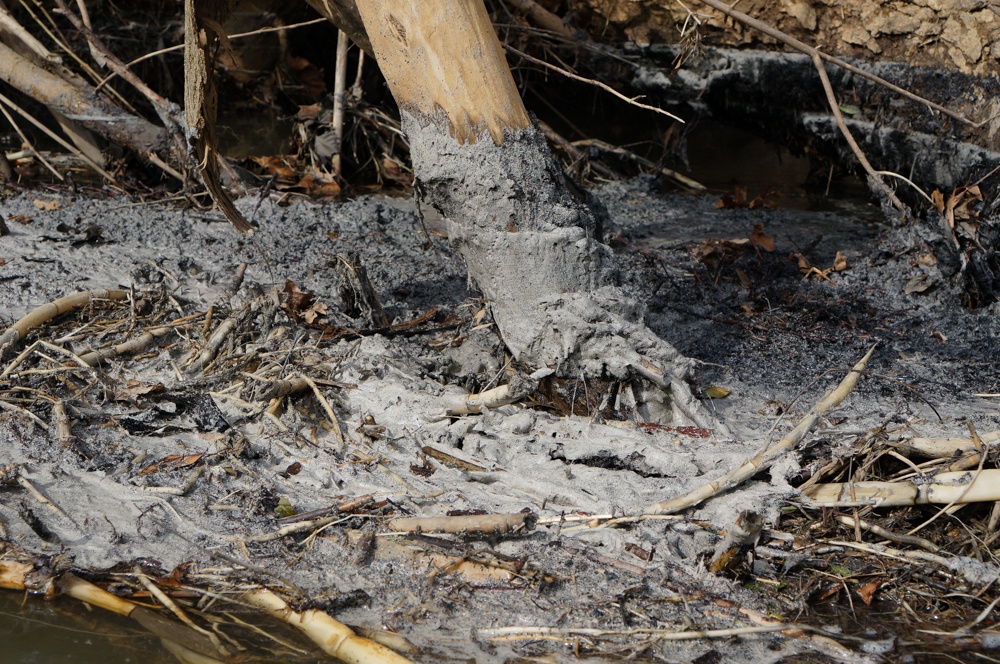 The U.S. Environmental Protection Agency (EPA) is attempting to roll back important public protections from coal ash, a toxic waste that contaminates water with dangerous heavy metals and puts communities at risk around the nation. EPA’s dangerous proposal would weaken the requirements for monitoring, preventing, and cleaning up groundwater pollution from coal ash and allow companies to continue to use unsafe disposal methods. We are asking the public to join us in taking a stand against this proposal, which will put public health at risk solely to boost industry profits.

Coal-fired power plants create millions of tons of coal ash every year, which contains dangerous heavy metals, including arsenic, lead, and mercury. When humans and wildlife are exposed to these heavy metals, they can suffer a wide range of health impacts, including cancer, nervous system damage, and reproductive issues.

Despite coal ash being one of the largest sources of industrial waste, for decades there were no federal standards for how coal power plants stored and disposed of coal ash. This meant power plants chose the disposal options that cost them the least money, often dumping the coal ash into giant, unlined pits. These pits, referred to as “coal ash ponds,” allow the dangerous substances in the ash to leak into waterways and groundwater, often contaminating drinking water. Because these ponds contain thousands of gallons of waste held by simple earthen dams, they also pose a risk of disastrous structural failure. The massive 2008 TVA coal ash spill covered more than 300 acres in Tennessee with toxic coal ash, and Duke Energy’s 2014 Dan River spill released millions of gallons of wastewater and coal ash into the river.

In 2015, EPA for the first time set standards for how power plants store and dispose of their coal ash, in what is called the “Disposal of Coal Combustion Residuals from Electric Utilities” (CCR) rule. Due to industry pressure on EPA, these rules were far from what was needed to protect the public. However, these regulations set important basic standards around the United States, such as eliminating coal ash storage in unstable and unsafe areas, setting requirements for how companies close coal ash ponds so they are less likely to leak, and creating plans to help protect nearby communities in case of a coal ash dam failure. The CCR rule also requires companies to monitor groundwater and take action when the monitoring shows coal ash contamination in groundwater. March 2, 2018, was the deadline for the release of information from the first round of monitoring required under this rule, and the results confirm that coal ash is causing widespread groundwater contamination around the country.

Despite the clear threat that coal ash presents to public health, Scott Pruitt’s EPA now wants to eliminate even these bare minimum standards. The agency has released a proposal to weaken many of the protections of the CCR rule, including the groundwater monitoring and clean-up requirements, location restrictions, and for how long a company needs to monitor a site after it has been closed. If this proposal goes forward, toxic coal ash could be less stringently regulated than everyday household waste.

The public only has until April 30 to comment on this dangerous proposal, so please submit your comment to EPA today and oppose the weakening of public protections from toxic coal ash. There is also a public hearing on the proposal being held in Washington, D.C. on April 24. Here is a template that you can use to submit a comment:

These revisions would put many communities living near coal ash sites back into the dark about pollutants in their groundwater caused by coal ash and limit their ability to take action when their water supplies are contaminated. Therefore, I oppose all revisions that would give polluters the power to create alternative requirements for groundwater standards, monitoring, and clean-up.

I also oppose making revisions that would allow companies to continue to use dangerous or leaking coal ash sites. Companies should not be given the power to decide when a leaking coal pond needs to be closed or retrofitted. Furthermore, I support the prohibitions on storing or disposing of coal ash in unsafe areas such as in the water table, wetlands, floodplains, fault and seismic zones, or unstable areas, and oppose any plans to weaken or eliminate these.

Many of these proposed revisions would take away the federal minimum standards. Without uniform minimum standards throughout the nation, we will go back to having a patchwork of regulations, with some states, under the influence of powerful industry, failing to implement meaningful protections. Strong federal standards are needed to prevent power companies from irresponsibly disposing of coal ash. Coal ash is toxic and the standards for it must be more stringent than the standards for household garbage.

Additionally, I think this comment period does not adequately provide for meaningful public engagement in this significant proposal. EPA failed to hold any hearings in impacted communities to discuss this proposal and is only allowing 45 days for the public to comment.

Note: Please personalize this template with any specific concerns you have, including information on any coal ash sites impacting your community.