Statement of Peter A. Harrison to the United States Commission on Civil Rights - Waterkeeper

Statement of Peter A. Harrison to the United States Commission on Civil Rights

Good afternoon and thank you for the opportunity to address the United States Commission on Civil Rights today. My name is Peter Harrison and I am an attorney for Waterkeeper Alliance. My primary focus in this position is water pollution from coal ash. I have personally investigated dozens of coal ash dumps and worked with affected communities throughout the Southeast to stop illegal pollution discharges and clean up these sites. 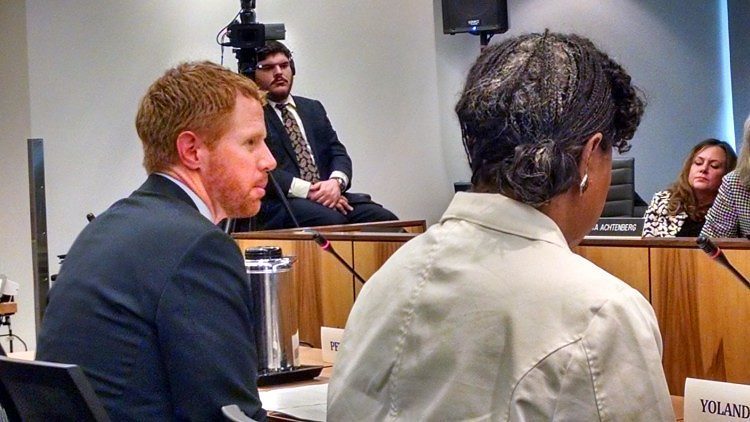 Waterkeeper Alliance comprises 274 local organizations on six continents. Each local Waterkeeper organization is dedicated to protecting a particular body of water, as well as the communities that depend on that water. These Waterkeepers develop a unique insight into the issues affecting their waterways through routine patrols, aite investigations, and personal relationships with people in the communities they serve. In the context of coal-fired power plants, we tend to find that the people who live around the plant, and who use the rivers and lakes near the plant, are concerned about the potential dangers but lack the information to understand the risks they face.

What I find most troubling about coal ash pollution in this country, and what I really want to impress upon you today, is how much we still do not know about the risks it poses and the damage it has already done, simply because in so many instances, nobody has bothered to take a close look. When you consider all of the information you are hearing today—what you hear about the potential health effects of exposure to coal ash, and how much coal ash is sitting in unlined pits near neighborhoods around the country, and how many pounds of toxic pollutants from coal ash are dumped directly into our rivers and lakes—also consider how little has been done to evaluate the health impacts in nearby communities. Consider how little information has been collected and made available to the public about groundwater contamination at hundreds of these sites, and how efforts to inform the public about known dangers like fish consumption advisories have been largely ineffective.

Why is coal ash such a high priority for Waterkeepers? The answer is simple: water pollution from coal-fired power plants—and particularly their coal ash dumps—is the single largest source of toxic water pollution in the United States; they dump more toxics into our waters than the other top nine polluting industries combined (1). EPA estimates coal-fired power plants dump 5.5 billion pounds of pollutants into surface waters, a third of which are toxic heavy metals. (2)

How did we get here? Over the last four decades, perhaps no other industry has enjoyed less oversight by environmental regulators than the electric utility industry. In 2013, several of the groups represented at this briefing analyzed federal Clean Water Act discharge permits issued to 274 coal-fired power plants that discharge coal ash wastewater, and found that 69% of those permits contained no limits whatsoever for any toxic pollutant. (3) The implications of this are severe. The EPA estimates that 25 percent of surface waters that receive power plant discharges are impaired for a pollutant that is discharged by the plant. (4) And “38 percent of surface waters are under a fish advisory for a pollutant associated with [power plant wastewater].” (5) In addition to these controlled, regulated discharges, many—if not most—of these facilities are prone to chronic leaks, catastrophic spills, and other forms of uncontrolled pollution releases to the environment. EPA has formally documented more than 70 cases in which coal ash pollution damaged the surrounding environment. (6) Other groups have documented many more, and I have personally observed illegal pollution discharges at over 90% of the power plants that I have investigated alongside local Waterkeepers.

While all these statistics are helpful to put the magnitude of coal ash pollution in context, they do not relate the experience of the people who face the biggest risks from this pollution. These are the people who live next to giant unlined coal ash pits that are contaminating the groundwater they drink, the people who inhale coal ash dust that blows off of a landfill next to their neighborhood, and the people who catch and eat fish that are contaminated with heavy metals from coal ash discharges. As Mr. Russ explained, people belonging to minority groups shoulder a disproportionate burden from these particular risks compared to the rest of population.

Now I will give you a couple of examples from my home state of North Carolina to demonstrate why it is so important to ensure that the risks of coal ash pollution are fully understood by both regulators and the public. North Carolina’s coal ash problems made national headlines in 2014 when a stormwater pipe collapsed under a coal ash pond, suddenly delivering 150,000 tons of coal ash slurry into the Dan River. The spill coated 70 miles of riverbed in North Carolina and Virginia with ash, much of which remains buried in sediment today. The spill led to the prosecution of Duke Energy for federal crimes involving its negligent management of coal ash, (7) and the state legislature enacted a law that required the company and state regulators to perform detailed evaluations of contamination at all 14 of Duke’s coal plants in the state. (8) The North Carolina law went far beyond any other state or federal environmental regulation, and it will eventually lead to the prescription of cleanup requirements for each site.

I want to call your attention to one very important provision in the North Carolina law: a requirement that Duke Energy conduct a survey of drinking water wells within a half-mile of all of its coal ash dumps. Astonishingly, this evaluation had never been done by the utility or government regulators, who had known for years that many of Duke’s ash ponds were leaking into the groundwater beneath them. After identifying 830 wells within a half-mile, Duke was then required to pay for laboratory analysis of the subset of wells located within 1,500 feet of a coal ash dump. The results were shocking: as of last August, water from 313 wells had been analyzed for contaminants associated with coal ash. (9) Of those 313 wells, the water in 291 of them contained unsafe levels of at least one of those coal ash contaminants. (10) To be clear, that means 93% of the drinking water wells located near coal ash dumps in North Carolina contained one or more contaminants that are found in coal ash, in concentrations that state health officials deemed to be dangerous to human health.

Obviously these results have created a huge amount of public concern and confusion as both the state and Duke Energy have attempted to downplay the significance of their findings, and it remains to be seen how the crisis will be resolved. But what I want you to understand from this example is that before last year, nobody had even bothered to look at how many people were drinking water that had been pumped from the ground right next to unlined coal ash dumps that were known to be leaking. To this day, I am not aware of any other state effort to thoroughly screen all potential drinking water receptors around coal ash sites, and the EPA has almost completely avoided assessing contamination in private wells near coal ash sites. The obvious risks of unlined coal ash storage make these failures inexcusable. And the people who pay the greatest price for these failures are those who live next to these sites, who are more likely to be members of minority groups.

My second and final example also comes from North Carolina and involves fishing in waterways that receive coal ash pollution discharges. Just outside of Wilmington, NC is Duke Energy’s L.V. Sutton power plant. The plant sits next to Lake Sutton, the power plant’s cooling pond, that was formed in the 1970s when power company impounded Catfish Creek, a tributary of the Cape Fear River. The state of North Carolina authorized this particular use of a public waterway (Catfish Creek) on the condition that Lake Sutton would forever remain open to the public and be managed for public uses such as boating and fishing. As a result, the lake is a popular destination for fishing, including fishing tournaments, and the state has even built a new boat ramp and fishing dock to enhance public access. Many of the people who fish in Lake Sutton come from Flemington surrounding communities, an area that has a predominantly low-income, African-American population. And many of these people eat the fish they catch there.

The only problem with Lake Sutton is that it has for years received all the wastewater discharges from the Sutton Plant’s coal ash ponds, located adjacent to the lake. These discharges have severely damaged fish populations in the lake. A 2014 study found that more than a quarter of fish collected from Lake Sutton were physically deformed due to exposure to selenium, a bioaccumulative metal associated with coal ash that is especially toxic to aquatic life. (11) Meanwhile, other than a little-known statewide fish consumption advisory for mercury contamination, (12) there is no advisory specific to Lake Sutton nor is there any notice of potential contamination posted in public access areas.

It is also worth noting that groundwater contamination from coal ash at the Sutton plant is migrating laterally towards the water supply wells for the Flemington community, which had to be abandoned in 2013 when the county government declared a 17-square-mile area around the ash ponds permanently unsafe for use as a drinking water supply. (13) Again, nobody is affected more by this contamination than the people of Flemington.

In closing, I want to make it clear that these examples from North Carolina are not unique. There are countless people around the country who may be drinking water laced with carcinogens leaked from nearby coal ash dumps, completely unaware of the risk because nobody has ever tested their water. There are countless people, many of them people of color, who are out catching fish that contain heavy metals from coal ash pollution, which they will take home and eat with their families tonight. A great many of these people are likely to be completely unaware of the dangerous pollution or any fish consumption advisories that may apply, because no serious effort has been made to inform them. And finally, even in the face of all these causes for concern about health impacts, we have not even begun to understand the true extent of the sickness and disease that coal ash may have already caused, because nobody has even bothered to look.

3 – Clean Water Action, Earthjustice, Environmental Integrity Project, Sierra Club, and Waterkeeper Alliance, Closing the Floodgates: How the coal industry is poisoning our water and how we can stop it (July 2013), available at http://earthjustice.org/sites/default/files/ClosingTheFloodgates-Final.pdf.