Reposted with permission from Riverkeeper

Riverkeeper has been working with local partners in the Rondout Creek since 2012, when we began testing water quality throughout the greater Rondout-Wallkill watershed. The Rondout Creek and Wallkill River are two arms of the largest tributary to the tidal Hudson. Our water quality data from the non-tidal portion of the Rondout Creek show it to be better than many tributaries, but not necessarily as good as its bucolic surroundings might suggest—or as good as the community of creek-lovers would like. 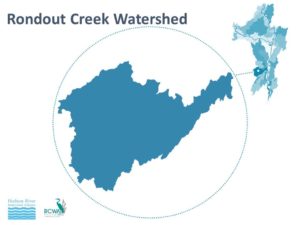 The creek is an important part of the drinking water supply for the Hudson 7 communities, and a 2018 survey developed and distributed by Riverkeeper and partners, including Clearwater, found water quality and public access among the top concerns for the creek. Here’s a look at some of the progress that we and our partners are making:

As part of historic levels of investment in water infrastructure state and local governments committed to significant wastewater infrastructure improvements in 2017 and 2018, with a total price tag of nearly $6 million. Projects include include sewer plant upgrades in Rosendale and Napanoch, green infrastructure in Kingston, and sewer line improvements or studies in Ellenville, Kingston Rosendale and Wawarsing. Riverkeeper’s research suggests these projects are important for improving water quality.

Volunteer organizers made the 2019 Riverkeeper Sweep the biggest yet for the Rondout Creek: 71 volunteers removed 6,630 pounds of trash (over 3 tons), including 152 tires from four sites. The most common items found were tires and plastic soda bottles. The data gathered on plastic bottles are helping Riverkeeper’s advocacy in Albany to expand New York’s Bottle Bill, which would increase the types of beverage containers that qualify for a five-cent deposit, thereby reducing a source of this insidious plastic waste. Since 2014, our Sweep cleanups have removed over 5 tons of trash from the Rondout, including 238 tires. 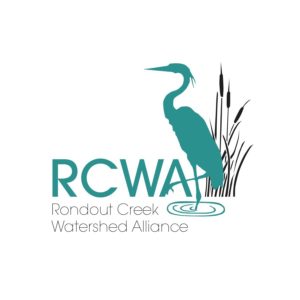 The Rondout Creek Watershed Alliance reformed in May 2018, and picked up on the work that Hudson River Sloop Clearwater, municipalities, and community members had previously begun to coordinate stewardship on a watershed basis. A year later, and the Alliance has created a Facebook page and a logo, made or strengthened connections to local governments and regional agencies and organizations, and assisted in the organization and promotion of several volunteer events. Meanwhile, volunteers and elected officials in High Falls are working to improve water quality and expand public access, while preventing unsafe swimming. Town environmental commissions continue to promote stewardship of the creek and its tributaries. And, of course, community scientists continue to work with Riverkeeper to monitor water quality at 20 locations. Since 2012, community scientists have gathered more than 825 samples in the Rondout watershed!

What’s next? Riverkeeper’s data show where some of the highest priority interventions are needed to improve water quality in the Rondout Creek. We’ll be communicating the results of extensive water quality monitoring in the coming months, and continuing our work with local partners.

Support Riverkeeper’s Water Quality Program with a monthly donation of $10 to sponsor one sample site. We help monitor 20 sites in the Rondout Creek alone – and more than 400 sites throughout the Hudson River watershed.