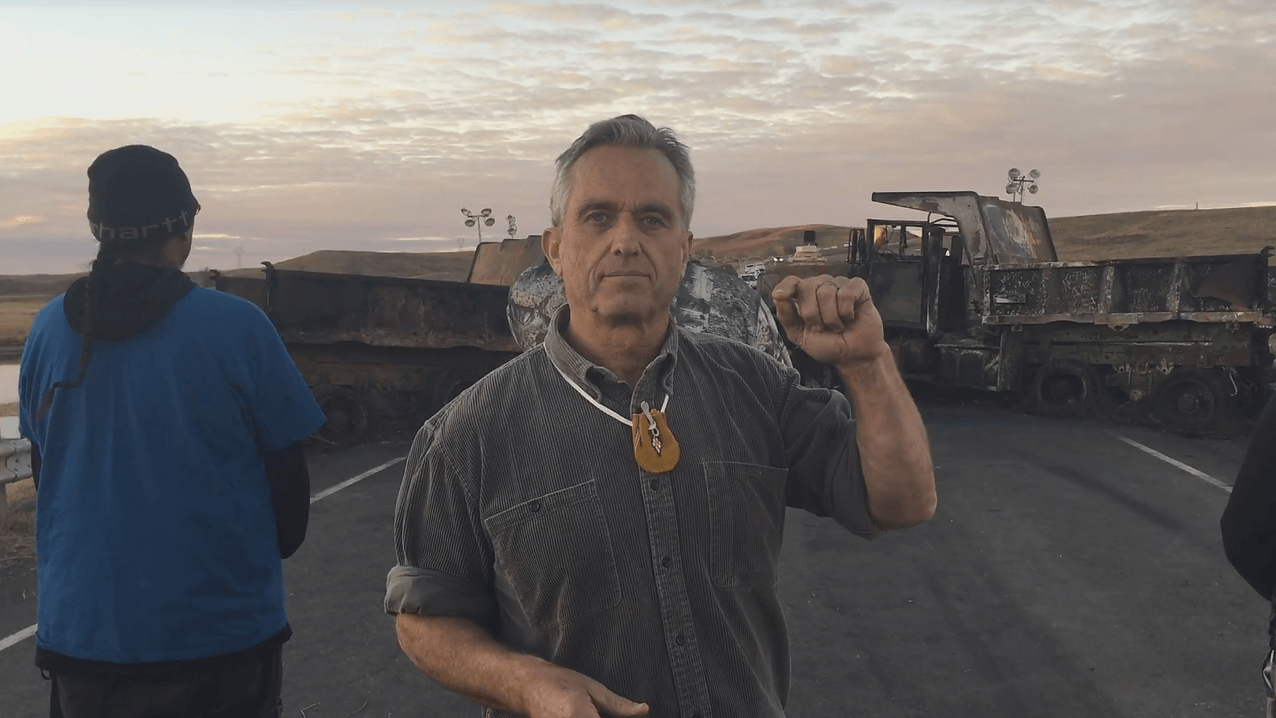 STANDING ROCK – Yesterday, to prevent one of the nation’s most egregious environmental injustices, Waterkeeper Alliance President Robert F. Kennedy, Jr. joined the fight at Standing Rock Sioux Reservation, speaking in protest of the Dakota Access Pipeline. Since September, the people of Standing Rock have camped along the Missouri River in peaceful protest of the pipeline to protect their homeland, historic and sacred sites and the drinking water of millions of Americans.

“Today, we stand in solidarity with the people of Standing Rock and commend the Sioux Nation for taking on this courageous fight on behalf of our country, humanity, and democracy,” says Kennedy. “Across the nation, communities of color face environmental and public health threats most communities don’t have to think about. This historic peaceful protest declares that all communities deserve clean water.”

Kennedy denounced that the State of North Dakota has deployed its police power and advanced military power against peaceful citizens who dare to stand up against the thuggery of corporate interests.

Early proposals for the pipeline planned to cross the Missouri River north of Bismarck, North Dakota. After evaluating the plan and finding it was too close to Bismarck’s well-water supply and homes in the community, the U.S. Corps of Army Engineers changed the route to go under Standing Rock Sioux Reservation’s Lake Oahe — on the Missouri River.

On Tuesday, Kennedy met with the Standing Rock Sioux Chairman David Archambault II, toured the camps and held a press conference where he called on President Obama to halt construction immediately. He also called for a full Environmental Impact Statement to assess the cumulative impacts, as required under the National Environmental Policy Act for a project of this size.

“Donald Trump has millions invested directly in oil companies and stakeholders like Energy Transfer Partners, whose stock will rise significantly at the expense of Standing Rock’s health and rights,” says Kennedy. “It is not a question of if, but when. Oil pipelines leak and break and poison our waters.”

Each year in the United States, oil pipelines spill an average of 11-million gallons. The Dakota Access Pipeline breaking would dump crude oil into the Missouri River, poisoning the drinking water of the tribes and communities along the Missouri River Basin, potentially 18-million people.

“By requiring the environmental analysis, we resolve to fully understand the options, implications and footprint before we can’t go back,” says Kennedy.

For photos and video of Robert F. Kennedy Jr. at the Oceti Sakowin camp, click here.