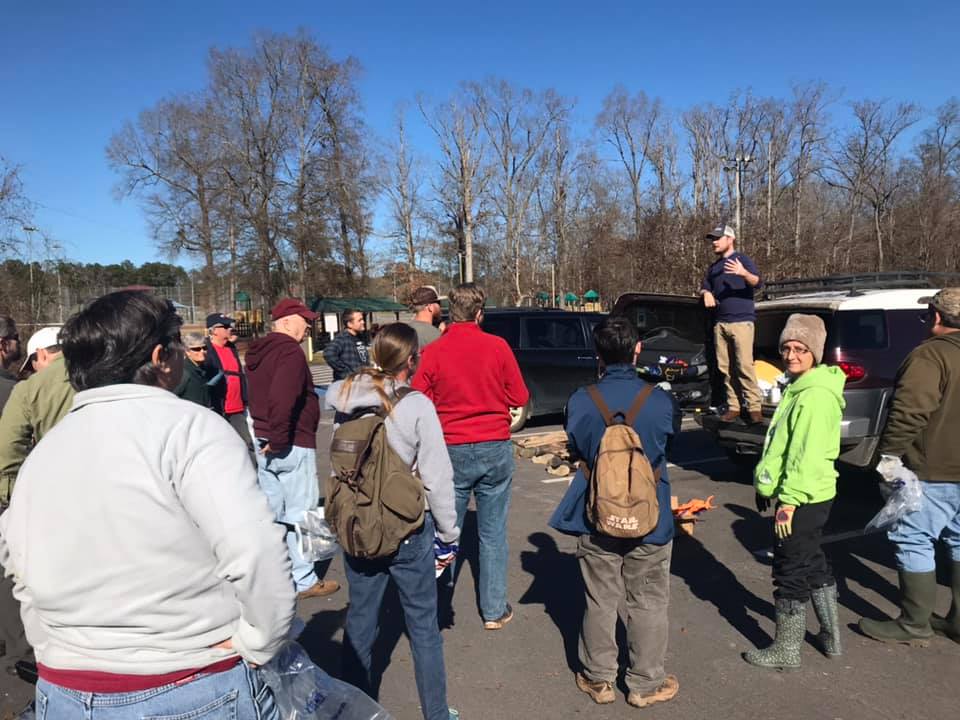 Arranging a cleanup can be the human equivalent of planting saplings, or seeding an oyster bed, helping Waterkeepers grow a base of dedicated activists.

As Waterkeepers around the world prepare for September’s Cleanup month, we spoke with some about the advocacy work they’ve woven into cleanups, as well as the lasting changes they’ve seen in the volunteers who’ve pulled everything from toys to toilets out of waterways.

Don McEnhill, Russian Riverkeeper: One of the reasons we invested so heavily in trash is that it’s the gateway drug to stewarding our waterways. Anyone can do it. You don’t need to be trained. You don’t need special equipment. It’s instant gratification.

Planting trees, restoration work, that takes time. You go out and fill up a bag of trash, you feel like a hero pretty quick. It’s a great way to train people in what’s going on in the river. It starts an engagement process that supports our advocacy work in a big way.

So many of the people we engage never think about trash. After they clean up with us one time, they go out with their dog and a trash bag. It changes people. It bothers them. They do something about it in their own daily lives.

Hudson Riverkeeper’s annual one-day Sweep event this year mobilized 2,400 volunteers who pulled 32 tons of trash from waterways.
Jen Benson, Outreach Coordinator, Hudson Riverkeeper: We circulated a petition at the 2018 Sweep around legislation we were pushing for that banned plastic bags and put a fee on paper bags. We got 1,000 signatures. (The legislation passed.) This year, we circulated petitions in support of a bottle redemption bill to include non-carbonated beverages in plastic, as well as glass bottles of wine and liquor.

We were concerned that this was adding to the responsibilities for our volunteer Sweep leaders. They already have to make sure everyone signs a waiver, and everyone is safe. Sweep leaders, instead of being overwhelmed with the amount of materials we were sending, were saying, “Can you send a link so I can send our Girl Scouts around with this petition?” They wanted even more copies of it than we sent them.

Eric Harder, Youghiogheny Riverkeeper: We’ve recently started a cleanup campaign to help build trust in the communities we work with. We’ll be hosting cleanups, September 7 is the first, where we’ll interweave the physical presence of plastics on our riverbanks and the origins and driving forces behind the plastics industry. Fracking is huge right now, we have a new cracker plant being constructed downstream of us, and there is a gas-fired power plant in the works. All of these industries will be covered at our clean-ups.

Bill Stangler, Congaree Riverkeeper: I have been using our cleanups to advocate on plastic pollution issues for the last few years. Lately I’ve focused on opposing a bag-ban preemption bill at our statehouse and promoting a proposed plastic bag ban in one of our counties. It’s mostly soft advocacy, talking about what’s going on and asking folks to contact their elected officials.

Caitlin Doran, Outreach Coordinator, Hackensack Riverkeeper: We hold about 30 cleanups a year; last year, we took out more than 15 tons of trash. It’s one thing to look at a problem, it’s another to hands-on touch it. They all ask, “How did this get here?” Then you have the conversation that anything that’s on land ends up in the water.

It’s a teachable moment. Now they understand a Dunkin Donuts cup left in a parking lot is going to become marine pollution at some point. It’s a sneaky way to educate people, while also having fun — and eating pizza.

Some are community cleanups, some are days of corporate volunteerism. Corporations are starting to get it, starting to give back. We’re following up now with two corporate partners. One has asked us to come in for a lunch and learn; we’re talking to another. Our hope is that this is a first touch, then they can go on to establish a green team in their organization to work on issues like composting, recycling.

We work with Scouts and folks on the local level; they go on an Eco Cruise, come on a cleanup, and get activated. Scout Troop 19 worked to get the first local plastic bag ban in the area in Teaneck, N.J. It was very much their campaign; we try to act as a resource for them.

Feature image of Russian Riverkeeper Don McEnhill and his daughter at a cleanup.