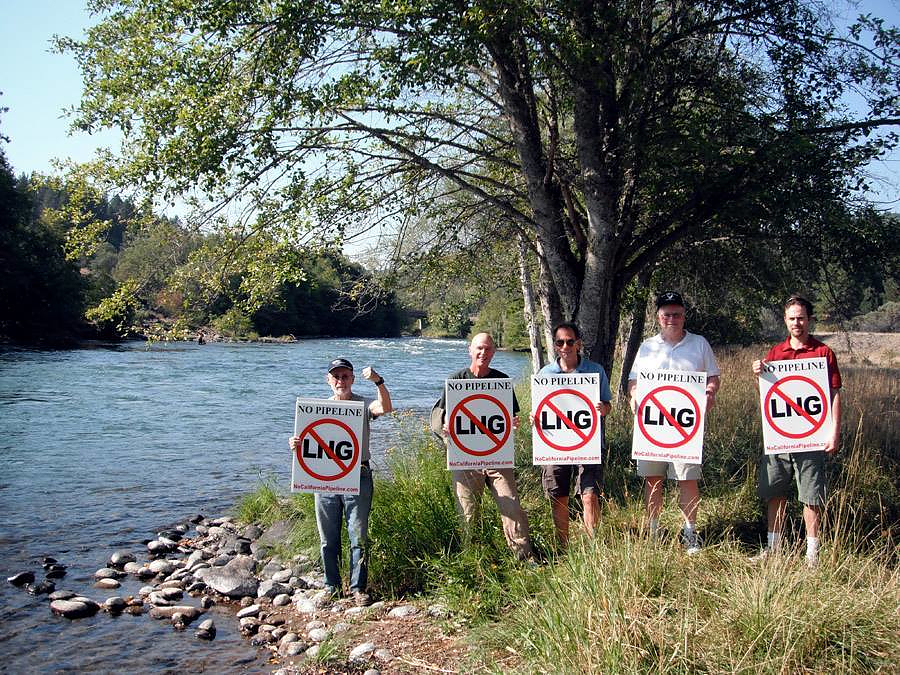 For over a decade, communities and groups like Rogue Riverkeeper in Oregon have been fighting a proposal for a liquefied natural gas (LNG) export facility and a 229-mile pipeline that would bring the gas to the facility. Referred to as the “Jordan Cove LNG Project,” this project would not only have devastating impacts locally, it would also increase global greenhouse gas emissions by becoming the largest greenhouse gas emitter in the state of Oregon.

Sign our comment letter today urging the federal government to fully recognize and study all of the environmental impacts of this project!

The Federal Energy Regulatory Commission (FERC) has the primary responsibility for permitting this project, and in 2016, took the historic step of denying a license for the project, finding that the company failed to prove that the public benefits outweighed the adverse effects on landowners along the pipeline route. Now, sensing a better chance of success under the Trump Administration, the company has come back for another round is once again attempting to push this proposal forward.

FERC has recently released its “Draft Environmental Impact Statement” (DEIS) for the Jordan Cove LNG Project. This is part of FERC’s obligation under the National Environmental Policy Act, which requires agencies to take a “hard look” at the potential environmental impacts of their decisions, how these impacts can be mitigated, and consider alternatives. However, FERC is notorious for not adequately studying the specific local impacts of projects, and for not fully accounting for climate impacts.

At a time when infrastructure investments should decrease our global reliance on fossil fuels, the Jordan Cove LNG Project would do the exact opposite. It would also destroy waterways and public lands, and injure communities throughout Oregon. FERC’s DEIS does not reflect these realities.

“We have been fighting and defeating this zombie project for over a decade due to the impact that it would have on waterways and fish in the upper Rogue River Basin,” said Rogue Riverkeeper, Robyn Janssen. “Unfortunately it keeps resurfacing, but opposition is bigger than ever and we’re determined to see this thing defeated for good to protect our waterways, communities, and climate.”

Please join us by signing on to this comment letter to FERC about the inadequacy of the Jordan Cove DEIS. The comment period runs until July 5, and there are public meetings being held in all directly impacted counties in southern Oregon.

I strongly oppose the Jordan Cove Liquefied Natural Gas (LNG) terminal and Pacific Connector Pipeline projects (CP17-494-000 and CP17-495-000), known as the “Jordan Cove LNG Project.” FERC should not issue an Authorization and Certificate of Public Convenience and Necessity because the adverse environmental, public health and safety, and other impacts of these projects demonstrate that these projects are contrary to the public interest.

Additionally, the Draft Environmental Impact Statement (DEIS) fails to support FERC’s conclusions that the projects would have only limited and mitigatable adverse environmental impacts. FERC, therefore, cannot proceed without revising its analysis. Furthermore, any revised analysis must be made available for further public comment prior to any FERC decision to grant the pending application.

The Jordan Cove LNG Project will have widespread environmental impacts and would be a drastic step backward in addressing climate change. The project will impact nearly 500 waterways, damaging sensitive salmon and steelhead habitat, and threaten the drinking water for more than 150,000 people. Furthermore, the export terminal filled with explosive gas would be located at a site at risk of both tsunamis and earthquakes, putting lives at risk. Finally, the export terminal alone would be the largest greenhouse gas polluter in all of Oregon, hurting the global effort to stop climate change.

The DEIS should be revised to fully account for all of the impacts, locally and beyond, of the Jordan Cove LNG Project.