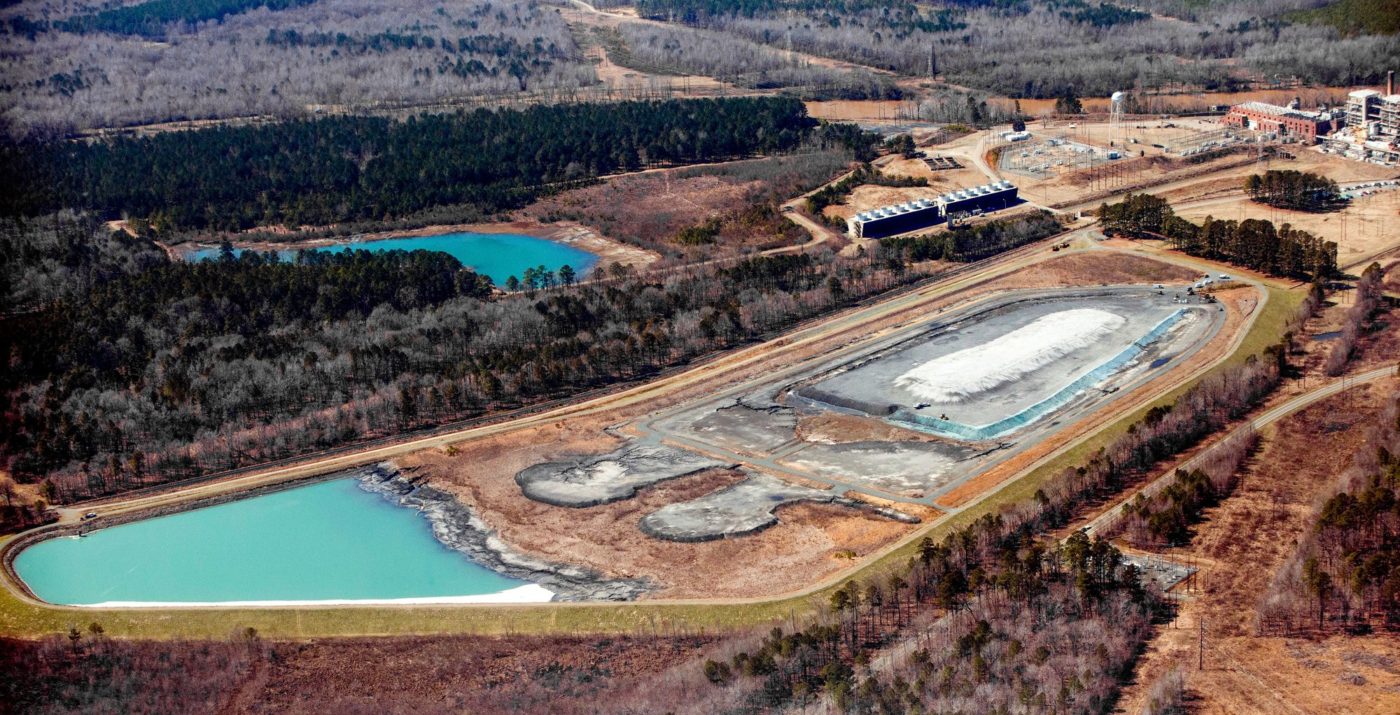 Approximately 80 million tons of coal ash will be excavated from six Duke Energy coal ash sites: Allen, Belews Creek, Cliffside, Marshall, Mayo, and Roxboro. At each of these sites, coal ash is stored in unlined, leaking pits near waterbodies. Prior settlements and court orders require cleanups and excavation of coal ash at the eight other Duke Energy sites in North Carolina for the excavation of 46 million tons of coal ash:  Asheville, Riverbend, Dan River, Sutton, Weatherspoon, Cape Fear, Lee, and Buck. This agreement now puts in place a comprehensive cleanup plan for all coal ash lagoons at all 14 Duke Energy sites in North Carolina under which 126 million tons of ash has been or will be excavated across the state.

In April 2019, the North Carolina Department of Environmental Quality (DEQ) ordered Duke Energy to clean up the remaining six coal ash storage sites in the state that were not yet slated to be cleaned up.  Duke Energy appealed those orders, and the Southern Environmental Law Center intervened on behalf of community groups to support cleanup, alongside DEQ.

This agreement resolves Duke Energy’s pending appeals of DEQ’s April order, a state court enforcement proceeding brought by DEQ in which community groups represented by SELC are intervenors, and three federal court actions brought by SELC on behalf of the Roanoke River Basin Association, Stokes County Branch of the NAACP, N.C. State Conference of the NAACP, and Appalachian Voices.

Today’s settlement culminates efforts that began in 2012 when the Southern Environmental Law Center first went to court to seek cleanup of coal ash pollution on behalf of community groups in South Carolina and thereafter brought administrative and legal actions that sought coal ash cleanups in North Carolina. Now every utility in South Carolina is excavating its coal ash from every unlined lagoon in the state and cleanups are required and will be underway at every coal ash site in North Carolina.  Coal ash has been, is being, and will be removed from coal ash pits owned by three utilities on rivers that flow through both states.

Over 8 million tons will be excavated at Cliffside on the Broad River.

Comments from the community groups represented by the Southern Environmental Law Center in various courts to seek cleanup of coal ash pollution at the six North Carolina sites follow.

Amy Adams of Appalachian Voices: “This agreement is a testament to the communities throughout North Carolina that have worked for years to protect their neighborhoods and clean water from coal ash pollution.”

Brandon Jones, Catawba Riverkeeper at the Catawba Riverkeeper Foundation: “This settlement is a fantastic victory for the Catawba and all North Carolinians and a major step towards protecting water quality for current and future generations. This is one of, if not the largest coal ash cleanup in American history. We are proud to have been a part of this effort from the beginning.”

Julie Mayfield, co-director of MountainTrue: “With this settlement, Duke Energy has committed to fully excavating coal ash at the Rogers/Cliffside Energy Complex and moving it to a lined landfill where it will no longer pollute groundwater and the Broad River. This is the solution we’ve advocated for the last seven years, and it is a huge victory for our environment and for the front line communities most impacted by decades of coal ash pollution.”

Larissa Liebmann, staff attorney at Waterkeeper Alliance; “Duke Energy is doing the right thing and protecting all North Carolina communities and waterways from its toxic legacy. North Carolina Waterkeepers and their partners worked tirelessly to stop the contamination of the state’s waterways by toxic coal ash; this monumental agreement is a testament to their years of work.”

Dave Rogers, deputy regional director of Sierra Club’s Beyond Coal Campaign: “This agreement is a victory for communities and represents the culmination of years of work across North Carolina to guarantee protections from toxic coal ash pollution for hundreds of families and children.”

Statement by Gene Addesso, Mike Pucci and Greg Goddard, leaders of the Roanoke River Basin Association: “Under this agreement, the Roanoke River and Dan River Basins will see one of the largest coal ash cleanups in the country, with millions of tons of coal ash being moved to lined storage at the Dan River, Belews Creek, Roxboro, and Mayo sites on the river system that flows through communities in North Carolina and Virginia.”

Reverend Dr. T. Anthony Spearman of the N.C. State Conference of the NAACP:  “Coal ash pollution is an environmental justice issue, and this agreement will bring more justice to the communities around coal ash sites in North Carolina.”