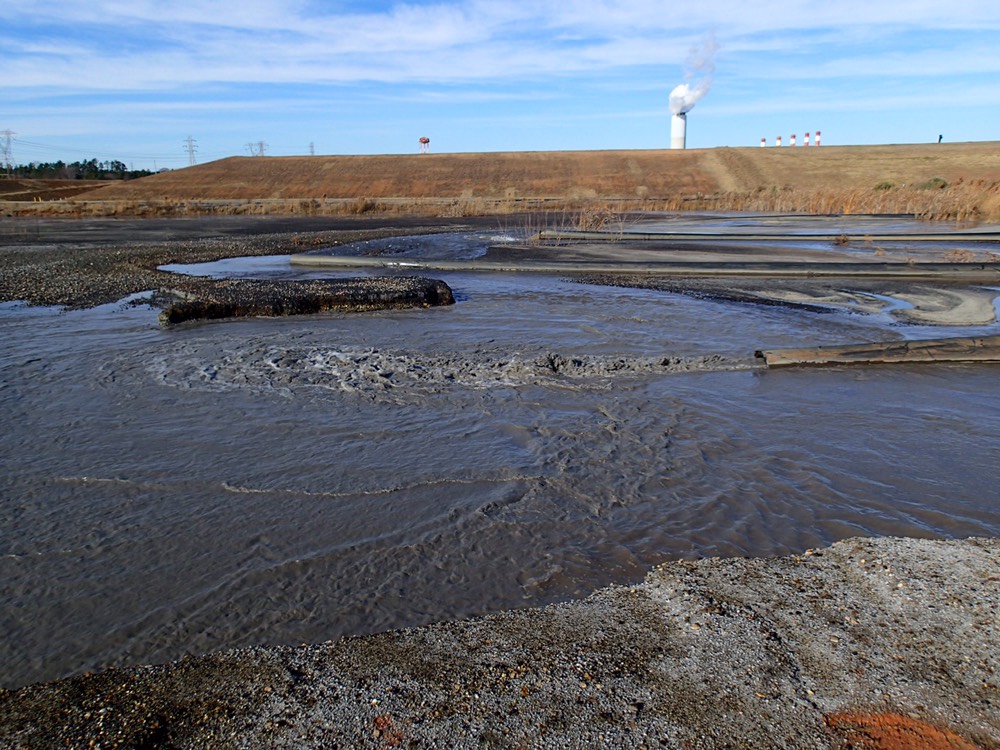 After hundreds of North Carolina residents came out to meetings and called for Duke Energy’s coal ash to be moved to dry lined storage out of groundwater and away from waterways, the North Carolina Department of Environmental Quality today announced it would order Duke Energy to move its coal ash stored in unlined, leaking pits at six sites across the state.  For years, North Carolina families have called upon their government and Duke Energy to clean up all the leaking unlined coal ash pits in the state.

“Governor Cooper’s Department of Environmental Quality listened to North Carolina’s families, and today announced one of the most important steps in the state’s history to protect North Carolina’s waters and its citizens from toxic pollution,” said Frank Holleman, senior attorney at the Southern Environmental Law Center which represents citizen groups in court to seek cleanup of Duke Energy’s coal ash pollution.  “This serious pollution has been studied for years, and the only way to protect North Carolina is to remove this toxic waste from polluting unlined waterfront pits.  When the coal ash from all of these sites is finally removed, North Carolina’s rivers will be cleaner, North Carolina’s drinking water will be safer, and North Carolina’s communities will be more secure.  We will no longer have to hold our breath every time a storm, a flood, or a hurricane hits a community with unlined coal ash pits sitting on the banks of waterways. Duke Energy should accept this decision, honor the views of the communities it is required to serve, and get about the business of getting its coal ash out of these unlined pits and away from our waterways to dry, lined, safe storage.”

With this decision, North Carolina joins South Carolina and Virginia in moving toward a regional future without coal ash pollution and the threat of coal ash catastrophes.

“We’re glad DEQ agreed with us that Cliffside’s coal ash pits should be excavated, said David Caldwell, Broad Riverkeeper with MountainTrue. “The ash sits deep in the groundwater and that will not change over time, so the only way to protect the Broad River and downstream communities is to excavate the ash and move it out of groundwater and away from the river into dry storage.”

“We are grateful for DEQ’s decision to require excavation and removal of coal ash from these leaking coal ash facilities into safe, lined storage facilities away from our rivers and streams,” said Scott Van Der Hyde of the Roanoke River Basin Association.  “This decision will go a long way to ensuring the future health of this region’s water resources.”

“This is a vindication of our years of work on these dangerous sites,” said Larissa Liebmann, staff attorney at Waterkeeper Alliance.