Just Do It: VOTE - Waterkeeper

Just Do It: VOTE 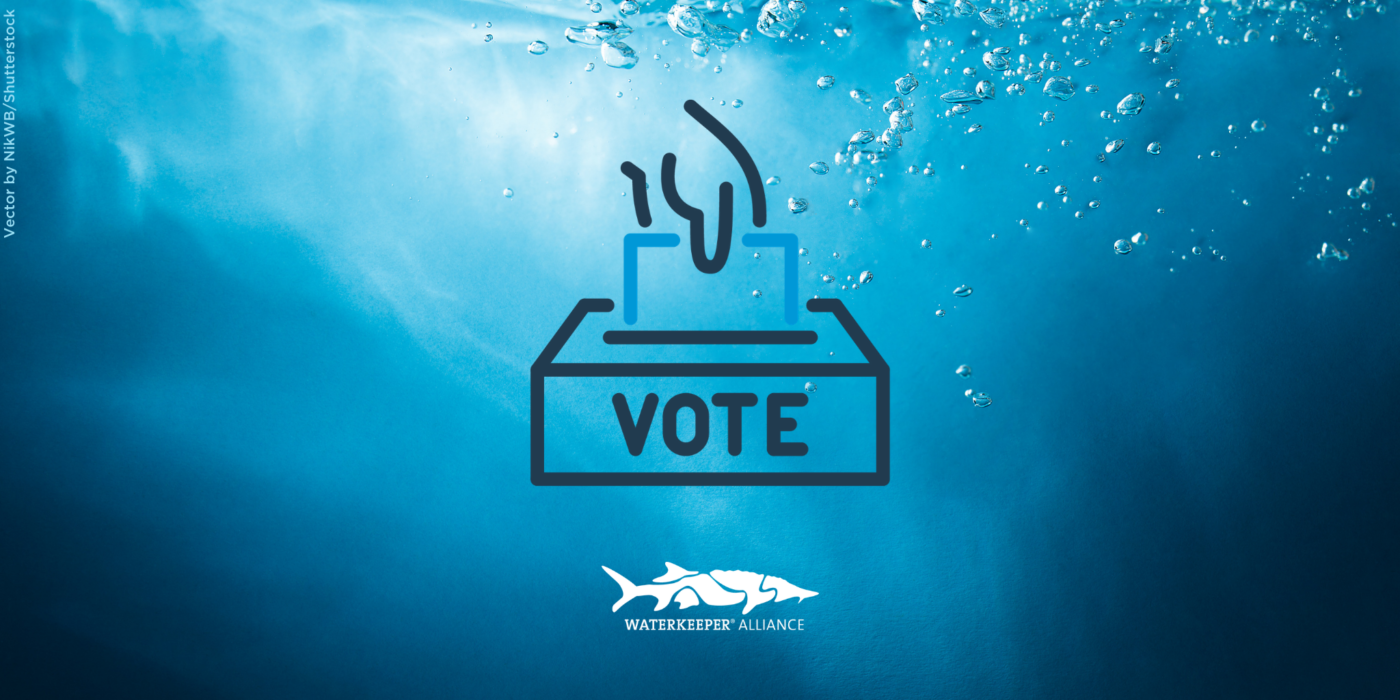 When the right to vote in the United States was first granted in 1776, white male property owners were the only class of people that were eligible. In the subsequent 244 years, the struggle to broaden voting eligibility catalyzed several movements including the Women’s Suffrage Movement, the fight for Native American enfranchisement, and the long, violent fight—from the Reconstruction era to the Voting Rights Act of 1965—for African Americans to vote.

Unfortunately, after centuries of fighting, people still don’t have the right to vote: The racist prison industrial complex systematically disenfranchises Black people through mass incarceration, citizens of U.S. territories like Puerto Rico and Guam pay taxes but have no say in the presidential election, and neighborhoods of mostly Black, Indigenous, Latinx and other non-white populations—who’ve been hit hardest by the pandemic, while providing so much of our “essential work”—are subject to voter suppression through restrictive Voter ID laws, confusing registration processes, the elimination of polling locations, and—most recently—threats to defund the USPS. Hence, those of us that are able to vote must not take this privilege for granted.

Beyond simply exercising our hard-earned rights, our reasons to vote in this pivotal upcoming election are plentiful. Our planet is getting hotter each year, causing rising sea levels, more frequent storms, and devastating droughts; scientists have warned that we need to halve emissions by 2030 to avoid surpassing the 2°C threshold. 21 million Americans are drinking contaminated water, and access to clean drinking water is still disproportionately out of reach for BIPOC communities. And the plastic pollution crisis continues to worsen, with eight million metric tons of plastic waste entering oceans every year.

These are just a few of the countless issues we need our elected officials to help address, and it’s up to us to decide who our future change-makers will be. If you plan to vote by mail this year, take these simple steps to make sure your vote is counted:

1. Check your voter registration here and register to vote if you haven’t already!
2. Stay up to date on your state’s vote by mail information by checking out this interactive map.
3. Check your state’s deadline for requesting and submitting an absentee ballot and be sure to request one ASAP if you have not already.

You can also read up on the presidential candidates and learn about their positions on environmental issues, and talk to your friends, family, neighbors, and colleagues about voting! A recent Pew Research poll found that 64% of Americans believe environmental protection should be a top policy priority. You can help mobilize your fellow voters to put our environmental protections front and center this election.

The future of humanity and our planet hinges on our ability to elect officials who will speak truth to power and hold industry and officials accountable. There’s a lot at stake in this election, so let’s honor the work of previous generations while bringing our dreams of a just, sustainable future to fruition at the polls!