The headwaters of the Rio Grande, the nation’s third longest river, are small streams in Colorado’s San Juan Mountains. The river traverses 1,900 miles to the Gulf of Mexico. By swiping and zooming, you can see how a proposed Clean Water Act regulation could strip many precipitation-fed streams and rivers, as well as waters of the Central Closed Basin, of crucial federal protections:

A vast network of precipitation-fed streams and rivers crisscross the landscape like capillaries and arteries in a circulatory system. Many of these streams and rivers could lose protection as “ephemeral” or non-protected “intermittent streams” under the rule. In the center of the Rio Grande basin, a massive Central Closed Basin, covering roughly 14,600 square miles contains many important streams, marshes, ponds, wetlands, and lakes. The waters of the entire Central Closed Basin could lose protection under the proposed definition. 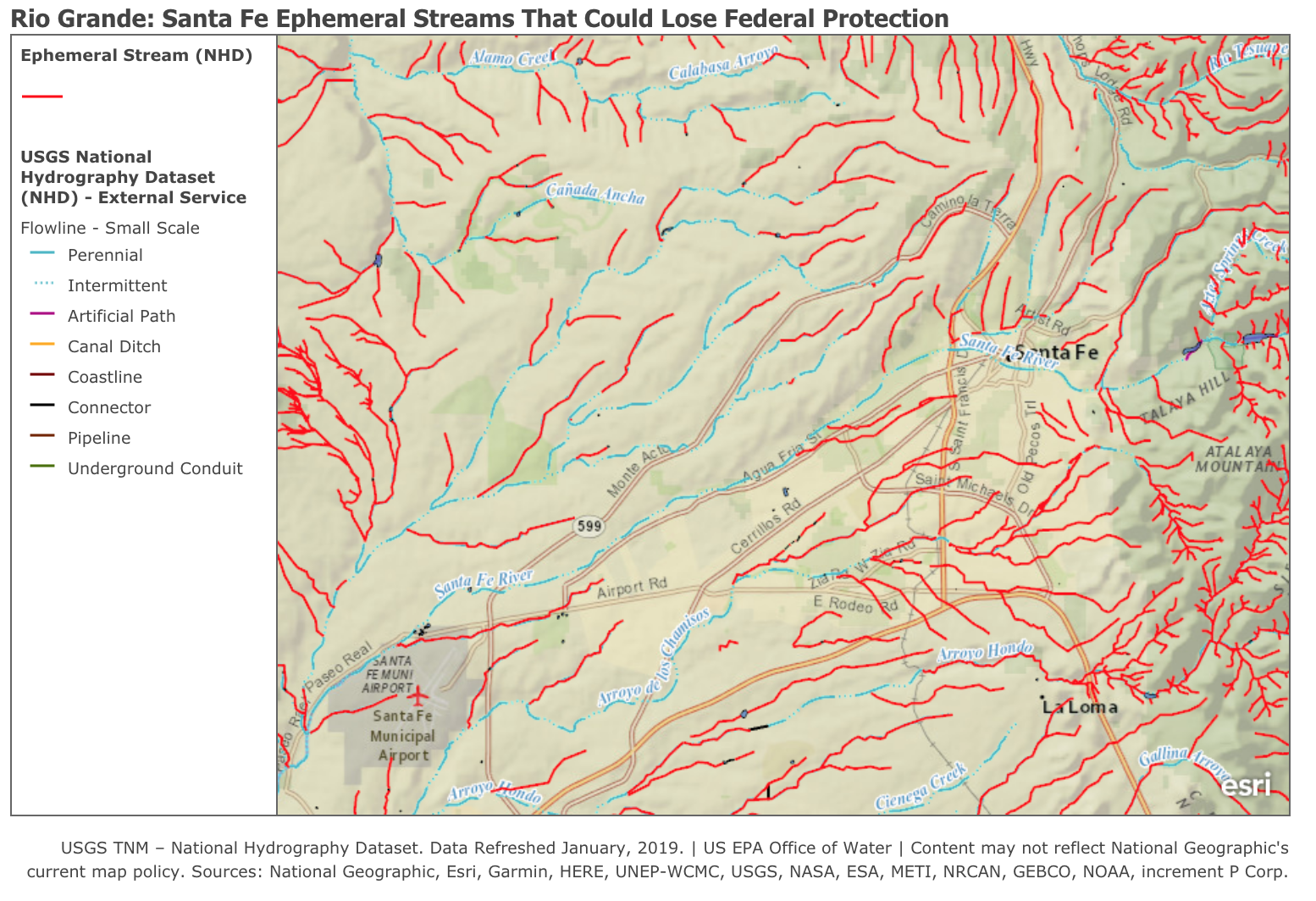 The city of Santa Fe is in the process of adopting a resolution opposing the Trump administration’s proposed elimination of Clean Water Act protections due to the severe impacts that losing protections will have on ephemeral tributaries and arroyos, Nichols and McClure reservoirs, groundwater, a wastewater treating facility, public infrastructure, private property, and the Rio Grande. You can join the fight for the heart of the Clean Water Act by filing a comment opposing this rule below.

Due to flaws in the legal and scientific basis for the regulation, it is not possible to definitively identify waters that will lose protection. This map is an approximation based on the proposed definitions and publicly available U.S. Geological Survey data that agencies may attempt to use in excluding waters from protection. This map likely underrepresents the numbers and types of waters that could lose protection.

*Feature image by Adriel Heisey; Low aerial view of the Rio Grande as it flows past cottonwood bosques on the Santo Domingo Indian Reservation, looking south with the Sandia Mountains on the distant horizon.