If there’s one thing I’ve learned in nine years in the environmental movement, it’s that our battles can be long.

A Waterkeeper tells a story about how, early in his career, another environmentalist, faced with a local challenge, said, “We may have to sink a decade into this.”

He had no idea, at the time, what his colleague meant.

He sure does now.

Part of what keeps us going during a long battle is the sense of camaraderie that comes from working alongside our allies. Another thing that sustains us is our victories—no matter how small.

Did 12 people come to a meeting when we’d only hoped to get six? Take it as a win.

Did a farmer finally agree to fence her cattle out of the stream? Win.

Were there less old tires on this year’s creek clean up than last year’s? Raise a glass.

I’ve spent much of my time over the past 14 months in North Carolina working with local property owners to stop the MVP Southgate pipeline, a proposed fracked gas pipeline that would cross nearly one hundred streams and wetlands in the Haw River basin, the watershed I protect, running through the property owners’ fields, farms, and forests. 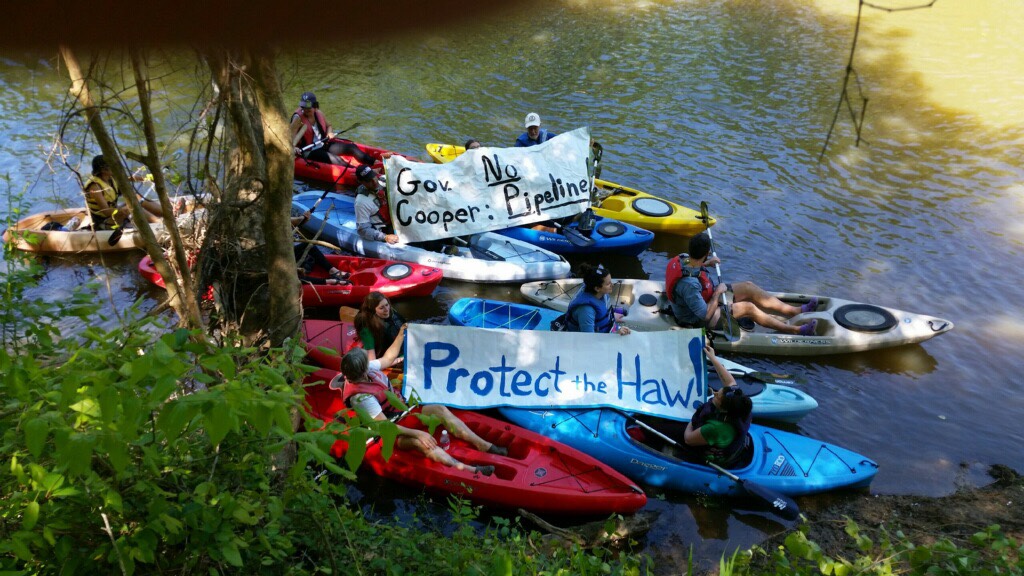 These generous landowners have taken me into their homes, walked me across their land, fed me, and showed up at meeting after meeting alongside me. 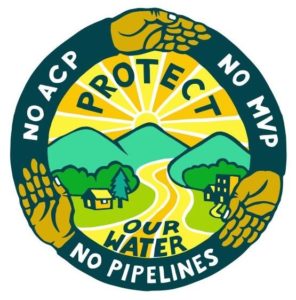 Earlier this month, when we notched an incremental win, I texted some of my closest partners the moment I found out. We had become so close, I couldn’t imagine celebrating without them.

In the spirit of celebrating our victories, both large and small, I’d like to share that win with you, in hopes it might offer you some sustenance as you wage your own long fights.

“Hope locates itself in the premises that we don’t know what will happen and that in the spaciousness of uncertainty is room to act.”
— Rebecca Solnit

I first heard about the pipeline proposal when I read an April 2018 report in NC Policy Watch. The piece included a 12-county map showing the pipeline would cut through the Haw River basin.

I scoured MVP’s website and pulled from the extensive resources on the Federal Energy Regulatory Commission on Delaware Riverkeeper Network’s website. Then I set up a community meeting, promoting it by putting fliers from my group, Haw River Assembly, in grocery stores, coffee shops, libraries, churches, and schools and plastering it on social media.

At that first meeting, I met landowners who became my committed partners in the fight. (For more on how that fight grew, check out this post.)

While some decisions about pipelines like this one are made nationally, by the Federal Energy Regulatory Commission, some key decisions are made at the state level.

Earlier this month, the North Carolina Department of Environmental Quality denied the critical 401 certification permit for the MVP Southgate project.

There’s room for MVP to re-submit its application and try again. MVP has yet to publish a draft environmental impact study. They will be allowed to reapply after that study has been submitted and reviewed. But this denial allows North Carolina’s Department of Environmental Quality to retain its 401-certification oversight on the project.

My colleagues and I are planning our next steps. As we work, I hold on to these words:

“Together we are very powerful, and we have a seldom-told, seldom-remembered history of victories and transformations that can give us confidence that, yes, we can change the world because we have many times before.”
— Rebecca Solnit