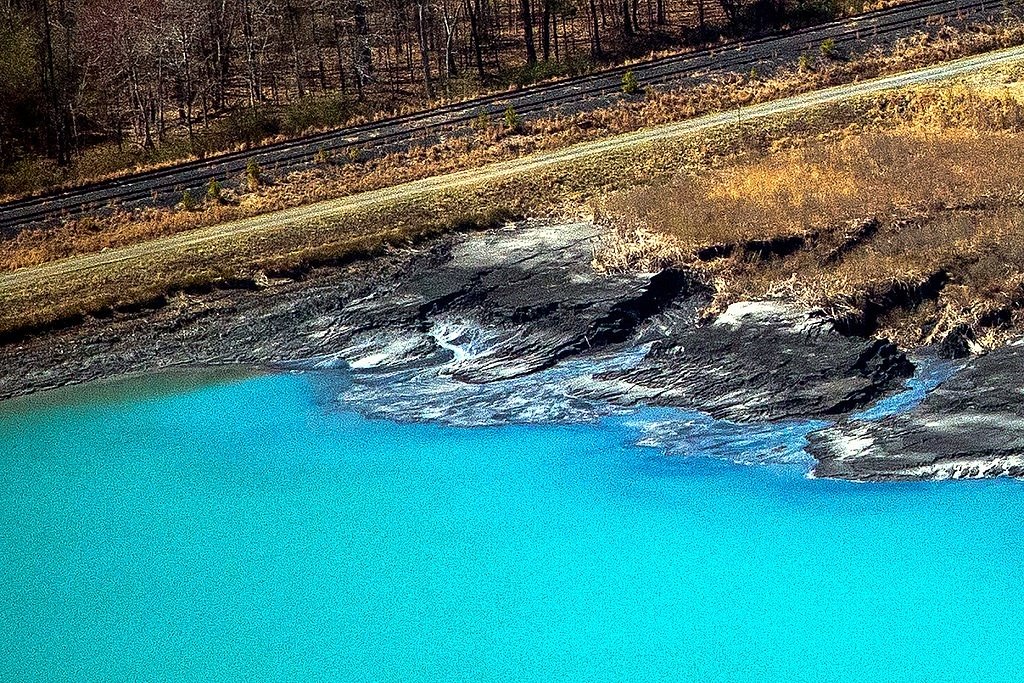 Community groups represented by the Southern Environmental Law Center moved to intervene in appeals filed by Duke Energy in the N.C. Office of Administrative Hearings in which Duke Energy tries to avoid cleaning up its coal ash pollution at six sites in North Carolina. At those sites, Duke Energy stores toxic coal ash in unlined, leaking pits sitting in groundwater next to rivers, lakes, and drinking water reservoirs. For years and again in 2019, thousands of North Carolina families have called upon the state government and Duke Energy to clean up all of Duke’s leaking, unlined coal ash pits across the state. The Southern Environmental Law Center represents the following groups in today’s filings: Appalachian Voices, Catawba Riverkeeper Foundation, MountainTrue, Roanoke River Basin Association, Sierra Club, the Stokes County Branch of the NAACP, and Waterkeeper Alliance.

State scientists determined that excavation was the only acceptable option because Duke Energy’s coal ash sits deep in the groundwater, and if left in unlined, leaking lagoons as Duke proposes, it would continue to pollute indefinitely. According to Duke Energy’s own analyses, it has the ability to remove the wet ash from unlined pits to dry, lined landfills on-site at each of the six sites in question. Duke Energy is required to clean up seven other coal ash sites in North Carolina by court order and an eighth coal ash site by a settlement agreement with the Southern Environmental Law Center, Waterkeeper Alliance, and Yadkin Riverkeeper.

“For years and with much effort, community members in the Broad River Watershed have respectfully shown up for DEQ’s public input meetings and public information sessions as well as Duke Energy’s community open house,” said David Caldwell, the Broad Riverkeeper at MountainTrue which is a client in the motion to intervene regarding Duke’s Cliffside site.  “We have followed and been part of the long process of discovering the truth about coal ash and its hazards. DEQ made the decision to have all coal ash in our state excavated and stored safely. We respect and support this decision. It is time for Duke Energy to stop wasting time and money on delaying the inevitable. Duke must now show some respect for its customers, citizens of North Carolina, and our Department of Environmental Quality; they must get on with the job of cleaning up their mess.”

Duke Energy’s operating companies in North Carolina are under criminal probation after they pleaded guilty 18 times to nine coal ash crimes committed at sites across the state. Duke Energy has a long record of coal ash pollution from the catastrophic Dan River coal ash spill and additional spills, including spills from its pits in Goldsboro and Wilmington in recent storms and continuing flows of pollution from its unlined pits across the state where coal ash sits in groundwater next to rivers and lakes. Duke Energy has repeatedly told the public its coal ash storage was safe, and repeatedly, Duke Energy has been proven wrong, with serious consequences for North Carolina communities and waterways.

“At this point, groups and communities throughout the state and the NC DEQ are all in agreement that excavation is the only acceptable option,” says Larissa Liebmann, staff attorney at Waterkeeper Alliance, which is a client on the motions to intervene regarding Duke’s Allen and Marshall sites. “Yet Duke Energy still refuses to do the right thing.”

With these agency orders, North Carolina joins its neighboring states in requiring cleanup of dangerous unlined coal ash storage.  Every utility in South Carolina is already required to excavate all the coal ash from every unlined lagoon in the state, and Virginia recently passed legislation that requires Dominion to excavate all the coal ash from its unlined pits in the state.  The pollution from the six sites that are the subjects of Duke Energy’s appeals flows through North Carolina and into South Carolina and Virginia.